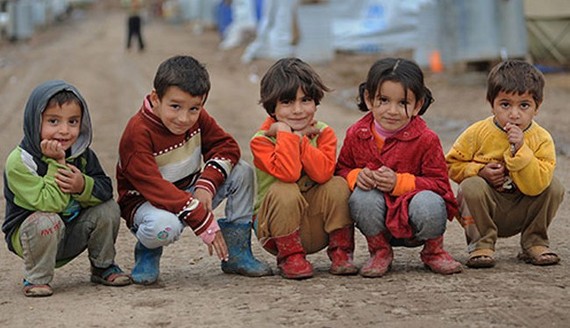 What is the future of these kids? Syria photo credit @UNICEF

Multiple deadly attacks arose multiple questions and covered up all my mind all long this first weekend of summer.

In Sousse-Tunisia, at least one gunman opened fire on a beach, killing at least 37 people.

Islamic State claimed responsibility on Twitter for a suicide bombing at a Shia Mosque in the Kuwait Capital after Friday prayers that killed at least eight people.
At least one assailant at an American-owned chemical plant near Lyon, France, decapitated one person and tried to blow up the factory.

Africa, Middle East, Europe. Islamic fighters and arms, explosions, human violence and extreme economic and social consequences of these brutal actions. Month of Ramadan, where fasting is practiced for self-improvement, spiritual development and intensification of the consciousness of empathy, charity, generosity towards hungry people did, feeling on a closer communion with God.

The picture is macabre. We are in the midst of a human crisis, and we should jointly find a solution.

"It was horror what we saw, he was killing in an incredible way. It was clear he knew the hotel, he was everywhere," said Neil, an English tourist leaving Sousse with his wife. "He took seven minutes killing. They was no sign he was an extremist, he just looked like a normal young man." This witness, reported by Reuters, best represents our speechless voices in front of the Sousse shooting happening over the weekend.

The consequences of human actions are very powerful on a society level, where the system requires strong, analytical, coordinated and tougher security measures. If the system breaks down at the roots of the tree, the tree either grows weak or dies before the given date, destroying with its mustiness all its surroundings, permeating to all corners of its environment.

If one person suffers, the whole society as a reflection will suffer, and will suffer from unconceivable acts of hatred, death, jealousy, envy, aggressiveness and violence.

Take a kid. If put him in a safe school environment, where he is given care, affection, love and where he feels a sense of belonging to a group of friends, he grows up healthy and able to manage both emotional and intellectual stimuli. According to Maslow's hierarchy of needs, this would be the top of his pyramid, where the human being finds his self-realization (after attaining self-esteem, sense of belonging, love/affection and physiological needs).

When a person feels free, emotionally and physically, he can develop his critical thinking and can acquire the abilities to discern information, make conscious decisions, feel empathetic, relate to others on a personal and professional level, understand other points' of view, and manage his emotions, channeling them into positive and civic actions aimed at pursuing the society's well-being.

But, what if our mind and our thoughts are not connected to our actions? What if, we are not given the opportunities, the social and environmental conditions, or we grow up in a negative and unsafe place and we are taught that the right way to achieve "enlightenment" and "self-human realization" is to kill people?

What if we do not want to be alone and to only way to connect with others is to be brainwashed and join a radical group that violates human lives, creates economic and social unrest, and impoverish countries and for fanatic purposes driven by megalomania and territorial conquest in the name of a loveful God?

The cascade effect of a unsolved problem at its roots does not allow us to walk the path of evolution, where solidarity, sharing and development should be at the basis of our temporary stay on this planet.

If we wish a world with political stability, safety and security, enabling conditions to invest, build and grow, economic opportunities, job creation, social protection and general wellfare of citizens, able to generate sustainable development and creation of caring and empathetic societies, we should start from positive stories- Listening to ourselves and creating safe environments, where fear can be destroyed and replaced by the abundant transformational energy and the flame that moves our souls and actions.

A heartfelt prayer to all victims of the attacks in Sousse, Lyon and Kuwait City.
@GaiaParadiso