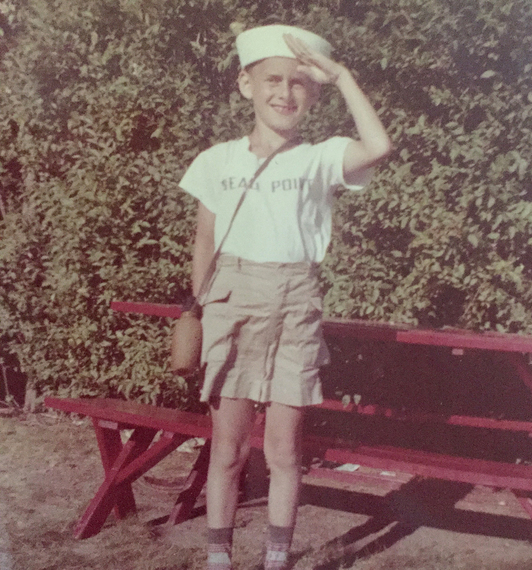 I was born Fehér Tamás in Budapest, Hungary, in 1953. My parents, who had survived Nazism and lived under Communism, escaped from Hungary in December 1956, after the short-lived Hungarian uprising was crushed by Soviet tanks. My father carried me on his shoulders through a swamp across the Hungarian border in the dead of night to freedom in Austria. I was three and a half years old, and my parents had to give me a sedative so I wouldn't cry and alert the border guards. We made our way to Vienna, where my mother got a job at the American Legation. In April 1957, after living in Vienna for four months, we secured passage to America. We arrived at Camp Kilmer in New Jersey and began our new lives in the New World, settling in Manhattan.

My parents spoke English, so they were able to get jobs quickly -- my father at J.P. Stevens, and my mother at American Express. My father, then already in his fifties, also enrolled in night school at New York University, receiving a BA in marketing research, cum laude, in less than four years. I attended public school, first in Manhattan and then in Jackson Heights, Queens, where we moved in 1960. We became American citizens in 1962. (In the naturalization process, we changed the spelling of our last name from Fehér to Feyer. My dad thought it would be easier to pronounce. He was wrong about that! For the record, it's FAY-er.)

I was nearly four years old when I arrived in this country and knew no English. One day I came home from preschool and uttered what were apparently my first words in (broken) English. At first it sounded like gibberish, but my parents finally deciphered what I was saying: "I'm not your friend." That was some kind of welcome from another little boy! But eventually I did make friends and I started to fit in.

And I worked hard at catching up. At home, my parents spoke only English some days, alternating with Hungarian on other days, to help me improve in my new language while retaining my old one. I eventually became a good student: salutatorian at Joseph Pulitzer (another Hungarian immigrant) Junior High School 145 in Jackson Heights, and top of my class at Birch Wathen, a Manhattan private school that I attended on a full scholarship. I was fortunate enough to attend Princeton University as a National Merit Scholar, graduating with a B.A. in history, magna cum laude, in 1975. The next year I graduated from Columbia University Graduate School of Journalism. In a little less than two decades, I had gone from young refugee to Ivy League graduate.

I've been a journalist for 40 years, at The Associated Press (1976-80), and then at The New York Times, where I have been the letters editor since 1999. In that time, I estimate that I've read more than three million letters to the editor. It's a fascinating, challenging job that's never dull. Here is one of my essays about my work.

I'll always be grateful to my parents, who are no longer alive, for making the monumental decision to leave Hungary when they were already middle aged, mainly for my sake. And thank you, America, for taking us in, along with so many others, and giving us a chance. I try in my work to repay you -- to contribute to society by promoting a free and robust exchange of ideas, so crucial in our democracy.

Thomas Feyer is the letters editor of The New York Times.

The author's essay is part of a blog series from Carnegie Corporation of New York that stems from the philanthropic foundation's annual tribute to naturalized citizens, "Great Immigrants: The Pride of America."

Philanthropic foundation focused on Andrew Carnegie's priorities: international peace, the advancement of education and knowledge, and the strength of our democracy.