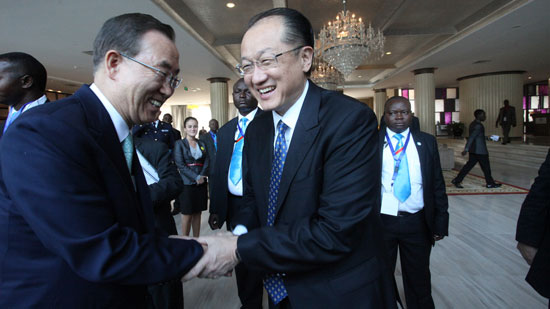 GOMA, Democratic Republic of Congo -- Over the last week, violence flared up again around this city in the eastern part of the country. The fighting started just before UN Secretary-General Ban Ki-moon and I began an unprecedented joint trip through the region.

In the hours before we entered Goma, the warring groups declared a short ceasefire, apparently a signal of deference to allow the trip to go forward.

But we were coming anyway.

We traveled together for three days -- the first time that the heads of our organizations have ever taken such a mission -- to Kinshasa and Goma in the DRC; Kigali, Rwanda; and Entebbe, Uganda. Following the Secretary-General's strong leadership to bring peace and security to the region, we were there to send a powerful signal that the years of conflict, instability, and a broken regional economic system had to end.

Now is the time for the leaders and people of this region to work together to advance the 11-country framework agreement, signed in February, and push forward not only peace but a peace dividend as well. 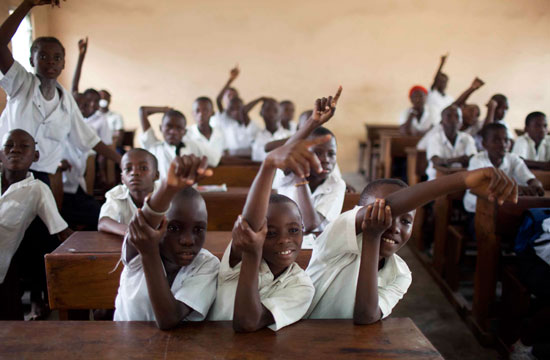 Some reporters questioned whether the renewed fighting showed that the peace agreement wouldn't work, and whether the World Bank Group's injection of an additional $1 billion to boost energy, trade, education, and health in the region -- announced last week -- would work.

Our answer: The framework agreement, combined with new efforts to bring development, provides the region's best chance for peace in years. The best way to secure peace is with development. Leaders now need to translate the security and peace framework into economic development that is spurred by public funding, which could help attract all-important private sector investment.

The more I thought about it, the more strongly I felt about the importance of pushing for development now. We can't wait for conflict in one part of the region to completely end. We need to move to support the countries' leaders while we have backing for the peace process.

As I traveled throughout this region -- on the ferry across the wide Congo River, in the streets of Goma, up and down the hills of Kigali, and along the shores of Lake Victoria -- I thought about how much of the region's potential remains untapped. Several officials in the DRC told the Secretary-General and me the same line:

"We are a rich country with the poorest people."

What they didn't say was that the DRC is a rich country with people thirsty for peace.

We saw this firsthand in eastern DRC. As the Secretary-General and I drove in our convoy in Goma, we looked out the windows and saw crowds of people. Some waved in welcome, while others held high huge signs with simple messages. One woman's sign said: "Peace Peace Peace, Please!"

At Panzi Hospital in Bukavu, Dr. Jo Lusi, the director of a program called Heal Africa, brought us to meet several women who were victims of sexual violence during the conflict. We listened to their stories. They were heartbreaking. They also told us that this epidemic of sexual violence in the eastern DRC had to end.

What has happened to women in the eastern part of this country is an outrage. We left humbled and even more determined to do what we could to end the violence.

What can we do? The World Bank Group and the United Nations have great global reach and influence. We will be combining our forces of goodwill in a way that we have not done before. The Secretary-General and I agree wholeheartedly that we must find new ways to work closely together on the ground in order to support country leaders to secure the peace and build economic development. 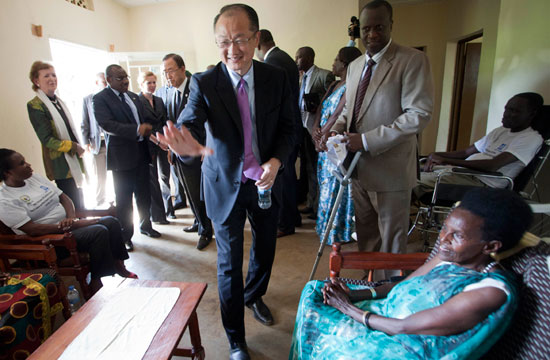 If people in Goma and elsewhere in the region have good jobs, if they can send their children to a school that promotes learning, if they can access quality health care, they, too, will push for peace and stability. I'm an optimist, and I believe this can happen.

But I'm a pragmatist, too.

We have picked an area of the world engulfed in conflict and insecurity that for too many years has been neglected by world powers. Now is the time to focus on cross-border trade; develop new energy sources through hydro-electric and other clean sources of energy; build new roads; and create jobs. Now is the time for the leaders of countries to secure the peace and to begin the hard work of putting together the policies and the regional agreements to build an economic growth plan.

We all know the Great Lakes region of Africa is rich. We know, too, that there's no reason for its people to be poor.

Jim Yong Kim is president of the World Bank Group. He traveled to the Great Lakes region with United Nations Secretary-General Ban Ki-moon from May 22-24.