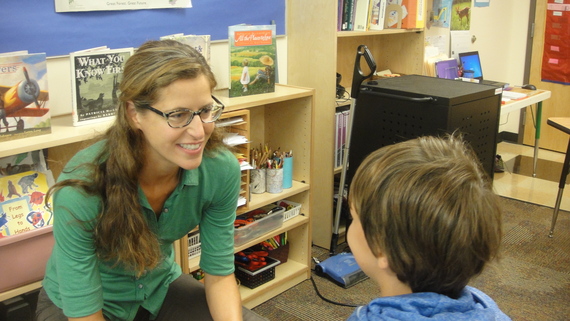 The back-to-school sales fliers started arriving in our mailboxes back around the 4th of July, the scariest mail of the summer for students and teachers alike. And now the moment has arrived: for much of the world, classes have resumed. At the 116-student elementary school here in Lincoln, Vermont the new year commenced last Wednesday.

It was 17 years ago that my daughter started kindergarten there, but I still have precise, vivid memories of her mother and me waiting with her for the school bus at the end of our driveway. Rather tenderly she reassured her mother that she'd be fine, telling her not to cry, and then took one of the biggest steps of her life (and I mean that quite literally): She stepped up onto the bus.

Our daughter started at the school about the same time that Anna Howell arrived in Lincoln. Anna, 42, wound up here in 1998 because she was looking for a cheap house to rent where the owner wouldn't mind the fact that she would be moving in with her dog. She was an aspiring schoolteacher, and soon would start work at the Lincoln Community School, teaching the combined third and fourth grade class there.

First, however, she volunteered at the Lincoln Library -- or, to be precise, the remnants of the Lincoln Library. In June 1998, after four weeks of rain and four inches in an hour, the usually lazy New Haven River overflowed its banks and flooded the library, destroying eighty percent of the collection and leaving all of us in the community a little unmoored. But the library reopened and newcomer Anna was there to help. Among her first friends? Four-year-old Lydia Stearns, whose grandmother Linda Norton was the librarian and whose mother Vaneasa Stearns owned the general store across the street.

"Lydia kept talking about her new friend, Anna, and wanting me to schedule a play date with Anna," Vaneasa recalled. "So, I brought some snacks across the street for the girls, assuming that Anna was four years old, too."

Nope. But it was an indication of how generous with her time Anna would be as a teacher. She was certainly among my daughter's favorite teachers there (and anywhere), and still teaches the same grades in the same school. This past week she welcomed 15 students to her classroom.

"August is one long Sunday afternoon," she told me when I asked her what this time of the year feels like to her. "There's a sense of foreboding. It's bittersweet. But it's also exciting. I see the kids and they're ready to be with their buddies. There's the novelty of packing their backpacks and getting back on the bus."

She volunteered that she particularly enjoys working with third and fourth graders: "I love that 8- and 9-year-olds have a totally unreasonable, wonderful sense of their abilities. They go grab paper for a story and grab a hundred sheets because they plan to write a novel. When we come up with plans for public service, they intend to save the world."

Of course, that also means, "Invariably they bite off more than they can chew, and so it's a fragile place, too. They come up against their limits."

One of the reasons why I appreciate living in Lincoln is that little school. It was such a gift as a parent to know my daughter was there, learning from teachers like Anna: educators who are not merely creative and fun, but seem always to have their students' backs.

A few years after Anna met Lydia Stearns at the library, she had the girl's older sister Alyssa in her class. Alyssa would be hospitalized for three months that year and endure five separate surgeries -- one at Boston Children's Hospital. Her mother recalls everyone's fear that Alyssa had missed so much school that she would have to repeat the grade. "But Anna said, 'No way. Alyssa is staying with her class,'" Vaneasa told me. "Anna would come by our house after school, put on her surgical mask, and work with her for hours." And, indeed, Alyssa did just fine and moved on to fifth grade with her peers.

Yes, the start of the school year can make us a little wistful. But when our children are in the care of a really good teacher, we feel a bit like those 9-year-olds, and we see only promise and potential. The days may be growing short, but the vista is limitless.

(This column appeared originally in the Burlington Free Press on August 30, 2015. There is now one Idyll Banter column remaining. After 23 and a half years, Chris will be filing his last column next Sunday. His new novel, "The Guest Room," arrives on January 5, 2016.) 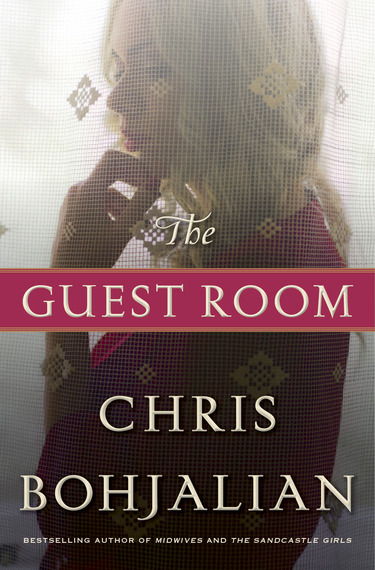