Prime cuts of meat can take a backseat while you munch on soft brain matter, gnaw through testicles and pop an eyeball into your mouth. 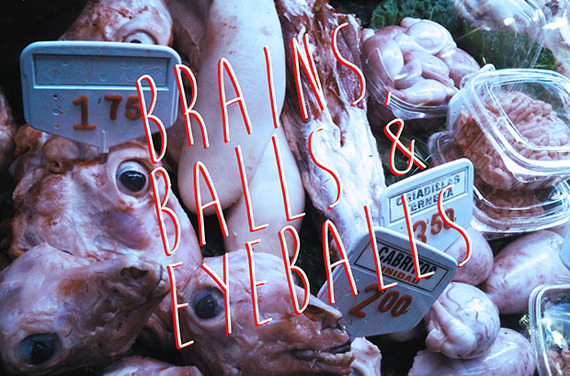 Like "awful" with an "o," offal refers to the nasty bits we normally consider inedible. Recently, the ever-experimental American foodie culture started digging around for organs with top restaurants featuring hearts, livers and kidneys on their menus. But we're not here to talk about steamed gallbladders served with roasted beets and beurre blanc. That's pussy sh*t. We boiled it down to the barf-inducing basics: brains, balls and eyes. Let's get started. 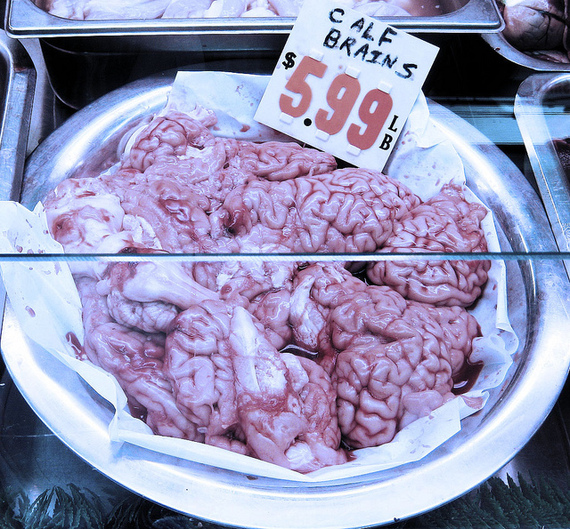 Thought to contain some pretty dense nutritious goo, animal brains are eaten across the world and in different preparations. African, Chinese and Indonesian populations do love their monkey brains. While it's unlikely that they're eaten straight from the skull like horror films would lead you to believe, there are certain ceremonial practices in Cameroon where a newly-appointed chief munches on some gorilla brain while his co-captain digs into the heart. Aside from monkeys, the brains of squirrels, goats, pigs, cows, horses and just about goddamn anything with a pulse can be whipped up for lunch. India pumps out spicy goat brain curries, Mexico fries up brain tacos (tacos de sesos), China throws a bit of pig brain into your breakfast omelet to stir up some smarts, and France, Spain and Italy have all kinds of traditional dishes that include beef brains.

OTP Fun Fact: If you need some brain in you right fucking now, head down to the South where you can pick up a can of "pork brains in milk gravy." The cholesterol in this thing will put your arteries in a chokehold. 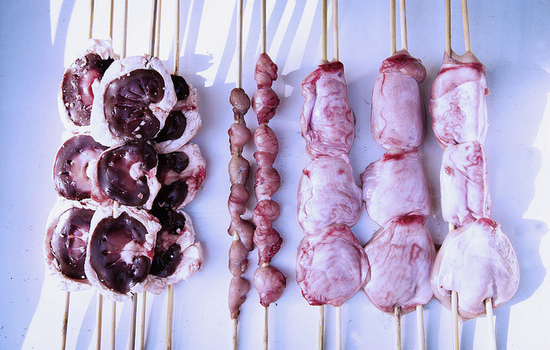 World cuisine is balls-deep in testicles. Male animals raised for meat are often castrated before they start getting too manly with their balls. Which means wherever there's a bull there's a ball. Start by pinning down how big you'd like your balls and the world will feed you your fill. Like them small and dainty? Head over to Taipei where you can eat rooster testicles, in their little scrotums, either steamed plain or fried-up spicy to cover up the funk. Into something midsize between the thighs? The Middle East grills up some nasty lamb testicle kebabs that fit the bill. Big and bulbous? Spain's your spot with their bull ball bounty.

OTP Tip: If you ever order "mountain oysters" or "lamb fries" on a menu, don't expect fish or potatoes. Instead, you'll be getting a whole bunch of balls in your mouth. 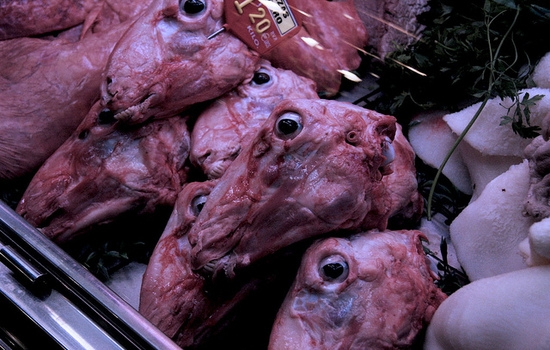 Chinese tradition (or just them being kinda jerky to unsuspecting foreigners) dictates that the "guest of honor" at a house party where a whole fish is served will receive the fish eyes in their wine glass and must drink them down whole. Popping one in your mouth and bursting through the cornea is just like eating a grape, only fishier and chewier. But eyeballs aren't just crazy Asian food. In Iceland, "svio" is a traditional dish where an entire sheep's head is boiled, split in two, and served to you on a plate, with the eyeball firmly attached.

OTP Fun Fact: Interestingly enough, while they'll down sheep's eyes in Iceland, eating their brains is a big no-no.

Sure brains, balls, and eyes get dressed up in fancy sauces and come with snobby sides just like other foul-smelling, weird-textured chunks in the offal bunch. But these particular gross parts are unique in that they're all surrounded by a common superstition: that eating each organ somehow directly maps onto your own body, strengthening it with the animal's latent powers. Get smarter, see better, and grow some big 'ol huevos while satisfying your hunger for the absurd.