You've enjoyed a lovely meal: The ambiance is perfect from beside the Vltava River, the River Thames or the Bosporus Strait, the food seemed to transport you further into the exciting city, and you feel a delicious sense of wonder about the world. Then the bill comes -- how does one tip for such an experience? How do you keep yourself from being marked a tourist or worse -- a cheap tourist? Never fear: We've researched the rules of conduct in 10 popular cities around the world, and here they are in plain English. 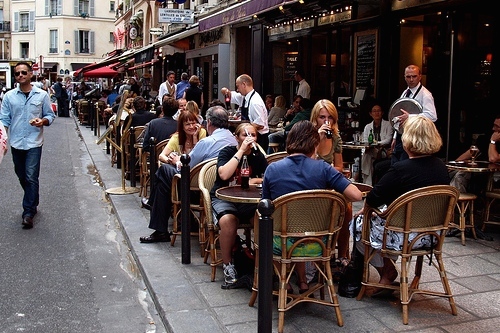 Across the pond in foggy Londontown, tipping etiquette is only slightly different than it is in the States. When you've enjoyed a nice meal out at a restaurant, it's customary to leave anywhere from a 10 to 15 percent tip. But before you leave your extra coins on the table, take a good look at your check: Some restaurants automatically add 12.5 percent, especially on bills for larger parties. It's not routine to tip at fast food joints or if you're picking up take-out. When you're at the bar or pub, tips aren't customary either -- though feel free to leave one if your American reflexes get the best of you. It's also good manners to leave your taxi driver a 10 to 15 percent tip, though many locals will round to the nearest £1 GBP (about $1.65 USD). Still, if you've traveled a longer distance, say from London Heathrow Airport all the way to Buckingham Palace, you might want to leave a bit of a larger gratuity (up to 5 quid or about $8 USD).

After stuffing yourself full of the divine tapas that were delivered by a super attentive waiter or waitress in a Barcelona restaurant, you should consider tipping anywhere from 7 to 13 percent of the total bill. But if the food was subpar and service just so-so, feel free to make your displeasure known by tipping nothing. Tipping in Spain is supposed to be a prize for superior food and service; it's not an assumption like it is in the U.S. Meanwhile, when it comes to local taxi rides, it's customary to leave €0.50 EUR (about $0.70 USD), though if you're traveling farther afield, you may want to tip your cabbie a couple euros. 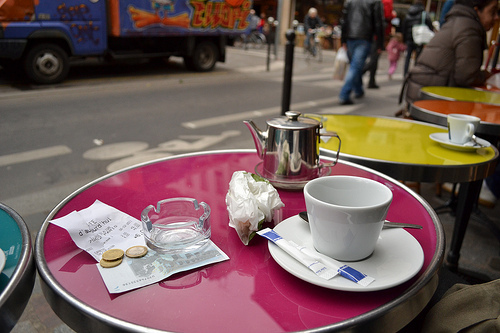 You've had a marvelous time pretending you are Parisian as you sip your vin and watch the River Seine at a cafe, but you turn into the befuddled American when you receive the bill. It's a common plight, so here are the rules: A service compris (service charge included) of 15 percent is usually already included in your cafe or restaurant bill. The service charge is probably even included in the price you saw listed on the menu. But rest assured that you wouldn't be committing a faux pas by adding a few more euros for extraordinary service. When it comes to tipping a taxi driver, it's customary to tip 5 to 10 percent of the total charge.

See: How to Travel Solo: 8 Tips for Vacationing on Your Own

Down under, the tipping customs aren't too different from the United States. But one reason for that might be because Americans have influenced the tipping practices in Aussie Land. All you need to remember is the number 10: Whether you're in a taxi or dining at a restaurant, it's now customary to tip 10 percent. However, if you only incur a small bill, leaving your extra change should be sufficient.

When you're dining on Czech dumplings or beef goulas at a Prague restaurant, you'll see that a service charge is sometimes included. However, just to be on the safe side, you might want to tip 10 percent of the total bill. When you're departing a taxi, you should round up the fare to the nearest 20 Czech koruna (the equivalent of $1 USD), or 50 CZK (the equivalent of $2.50 USD) if you're feeling generous. 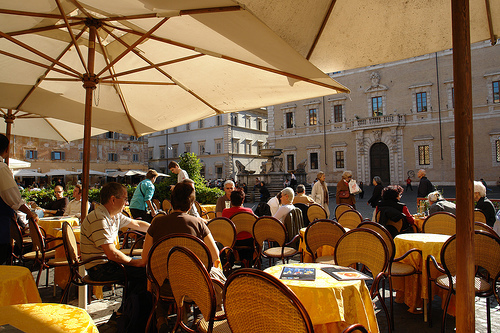 Even though Facebook founder Mark Zuckerberg supposedly didn't tip a couple of Roman waiters while on his honeymoon in 2012, we suggest that you do. In Zuckerberg's defense, the tipping tradition here is a bit murky. Make it easy on yourself and live by this general rule: Tip up to 10 percent (but no more) of the total bill. However, if you see the words "servizio incluso," you don't have to leave your server an additional gratuity, as the service is already included. For taxi drivers, you may want to round up the bill, saying, "tenga pure il resto" or "keep the change."

See: How to Pack Light: 9 Tips to Lighten Your Load

Although Rio de Janeiro's Carnival celebration is anything but discreet, its tipping practices are. So when you're handing out a tip, try to be inconspicuous about it -- Brazilians are a modest people when it comes to receiving gratuities. At restaurants, however, you don't need to tip, as a servico (or service) charge of 10 percent is usually included. For taxi drivers, rounding up to the nearest Brazilian real (about $0.40 USD) is usually sufficient.

Even though you may have some trouble adjusting to Bangkok's language and landscape, you can rest assured that at least the tipping customs are rather easy to remember. When you're dining on some delicious Tom Yum Goong (spicy shrimp soup) or Som Tum (spicy green papaya salad) or any other menu specialty at a Bangkok restaurant, you won't be expected to tip, however you can leave small gratuities for decent service or up to 10 percent of the bill for exceptional service. With taxi drivers, it's customary to round up the fare. (The currency used is the Thai baht and 1 baht equals about $0.03 USD.) 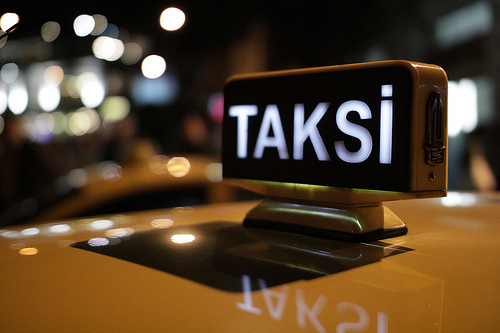 When you're dining in Istanbul, you should always try to tip in lira (for reference, 1 Turkish lira is approximately $0.45 USD). For mid-price restaurants, anywhere between a 5 to 10 percent tip would be adequate. However, if you're enjoying a fine dining experience, you should bump that ratio up to 10 to 15 percent. As for taxi drivers, simply rounding up the taxi fare to the nearest 50 kuru (one hundredth of a lira) is adequate. And if you enjoy one of those quintessential Turkish experiences -- like bathing in a hamam -- anywhere between a 10 and 20 percent tip is appreciated.

If we were to generalize about Africa as a whole, we'd say that western generosity is very much appreciated. In Cape Town, in particular, you'd probably want to tip restaurant servers 10 to 15 percent of the total bill (sometimes it is already included in your total). Cab drivers are accustomed to receiving about 10 percent of the total taxi fare. And if you're traveling from Cape Town International Airport (CPT), you might notice porters mingling about. For their help with your luggage, you might want to hand over 20 to 30 South African rand (ZAR), the equivalent of about $1.80 to $2.70 USD. If you're traveling by rental car, you may run into "car guards" or valets. When you're coming back to retrieve your car, an appropriate tip is anywhere from 15 to 20 rand, the equivalent of about $1.35 to $1.80 USD.