Ever heard of E.O. Wilson? Until Harvard recently tweeted an interview he did with the Harvard Gazette in 2014, I hadn't either. Now, I can't stop thinking how his lessons about self-determination and embracing one's passion can help every single high school student in this country. Who knew that an 86-year-old Alabama-born, Pulitzer Prize winning entomology professor from Harvard could be so instructive to our modern youth?

Students applying to college nowadays often feel like they have 100 Achilles' heels and that they are lost in an applicant pool filled with extraordinary candidates. This combination is a powerful one-two punch crushing confidence and negatively impacting future decision making. Mr. Wilson would say these things are self-defeating and should not hold us back from our dreams. My experiences lead me to agree.

Recently, I met with the most intriguing young woman and her doting father. I was moved by her love for rowing, her carefreeness, and her curiosity about her late mother's poetry. But when I asked if she wanted to get recruited to row in college, she told me that she wasn't good enough. When I asked her if she wrote her own poetry, she told me that she can readily soliloquize poetry but when it comes to writing it, she freezes up. 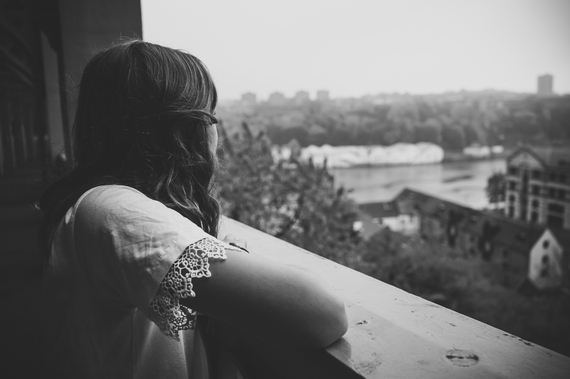 She asked me if she should do something similar to what her classmates will be doing this summer. We joked that the entire sophomore class was either attending a summer program at Georgetown or going to some faraway place to "give back" so they would have a novel experience to enhance their future college essay.

I left this young woman with three things to consider. I realize now that they are the three most important pieces of advice from E.O. Wilson's interview.

First, I told her to turn her weaknesses into her greatest strengths. That ERG machine collecting dust in her basement would be her change agent to evolve from a recreational rower to the powerful athlete she imagined. I also told her to start recording herself with her phone the moment she had an idea for a poem. If writing the words didn't work, let the words just come out. Imagine a summer spent with glorious mornings rowing on the river and idyllic afternoons spouting poetry as it comes to mind as if inspired by a muse. Guaranteed, few if any in the world will be engaged in the same irreproachable undertaking.

She asked me, "But shouldn't I be doing something like everyone else?" My 41-year-old self wanted to say, "Why would we ever want to do that?" But the insecure teenager still haunting me understood her question.

Second, I advised her to own that thing that makes her want something more out of life. For her, it is getting recruited to row and creating the poetry. Her dad piped in, "But what if she ends up not getting recruited or not liking poetry like her mom did?" I reassured them both that this is her thing, her vision, her story right now. Visions change over time. But visionaries are visionaries for a lifetime.

Mr. Wilson developed from a young Boy Scout obsessed with ants to an undergraduate student curious about entomology. While everyone studying science in college was pre-med, he had a different vision for himself. Frankly, that's the secret to standing out in an applicant pool. When everyone around you is following the crowd, veer off and fearlessly choose your own path.

There's nothing wrong with choosing the well-travelled road. Some of the highest achieving students choose predictable things to study and the orthodox pathway. Because they are able to do everything so masterfully, they stand out simply by being the best.

Students who don't fall into this category often feel unworthy and unacknowledged, a terrible combination of emotions that can cripple confidence.

Which led me to my final message - the most important one of all. I told her to commit to this vision not because someone told her to do it, but because she can't live her life without it. That deep-seated sense of purpose will get her through dark moments and will also lead her to unexpected discoveries.

One of the last questions Mr. Wilson answered in that 2014 interview was whether he still writes. "Every day," he replied. When it comes to college admissions, "passion" is a buzzword that often sounds trite. But when you are passionate about something meaningful, you can't imagine not doing it every day. That's the secret to Mr. Wilson's success and the success of every visionary out there.

Limitations are just constructs in our minds. When the paradigm shifts, talents emerge. Those who choose to veer off from the crowd believe in something so novel and powerful that others will want to follow them. Sure, E. O. Wilson is a world-renowned entomologist. But he's also just a man from Birmingham who loved something so much that he wasn't afraid to go after it. Brilliance and success often come from humble beginnings, and we all have it in us.