Ken Griffin is a hedge fund manager with an enviable net worth of $7 billion. According to published reports, he recently settled a contentious divorce dispute with his wife, Anne Dias Griffin, shortly before it was scheduled to go to trial.

There was a lot at stake. His wife claimed Griffin earned an unbelievable $100 million a month!

Why should you care?

I don't understand the fascination that investors, including pension and endowment funds, have for hedge funds. As my colleague, Larry Swedroe, noted, for the 10-year period from 2005-2014, the HFRX Global Hedge Fund Index underperformed every major stock and bond asset class.

You might think this data would dissuade most investors. Clearly, this is not happening. According to data from the HFR Global Hedge Fund Industry Report, investors allocated $21.5 billion in net new capital to hedge funds in the second quarter of 2015. Total hedge fund assets globally are $2.97 trillion.

Moreover, this underperformance persisted beyond that six-month period. The funds continued to underperform by a risk-adjusted 2.29 percent per year up to two years post-divorce.

That's already pretty bad, but it gets even worse. The study also found that, during the six-month period surrounding a marriage, "fund alpha falls by 8.50 percent per annum." Both marriage and divorce, it appears, are major life events that distract hedge fund managers from their focus on investments.

The authors of the study found the distraction of marriage and divorce caused hedge fund managers to make fewer investment decisions. They were more likely to mimic the risk loadings of their "investment style peers" and to increase their allocation to stocks in the S&P 500 index.

Distracted fund managers also made poorer investment decisions and exercised less discipline. They were more likely to hold onto their losses and realize gains during periods in which they were distracted.

Ramifications of this study

Evidence-based investors don't have to worry much about these issues. Most of the work managing index funds is computer based, since the mandate of such funds is simply to track the returns of the benchmark index.

If you need another reason to abandon active management, maybe the potential for your fund manager to be distracted by life events will be the tipping point. 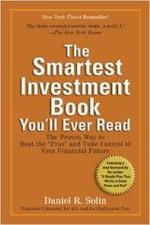