The recent Emerald Cup's 2016 California marijuana legalization panel may have been in the only hall of the Santa Rosa Fairgrounds not smelling of skunkweed, but there was still plenty of energetic buzz among the half dozen speakers. For the first time, the sometimes competitive factions of the state's cannabis movement were sitting at the same table, discussing what an evolved legalization measure might look like. 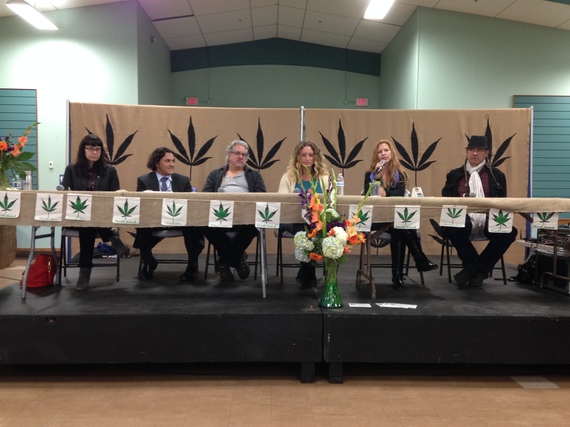 The good news for the California economy and for the millions of people who enjoy what may be the state's largest cash crop is that it seems highly likely that a 2016 legalization measure will pass. In 2010, Proposition 19 failed with 46.5 percent of the vote. But a poll last year, following the successful legalization initiatives in Colorado and Washington, found that 65 percent of Californians are now likely to vote yes to end marijuana prohibition.

The big question to the Emerald Cup panelists on December 14 was not whether the state's voters will legalize in 2016, but how California's legal cannabis industry will work. The panel brought together representatives of the nation's largest legalization organizations (the Drug Policy Alliance and Marijuana Policy Project), as well as California's leading activists and attorneys. This new year will be the time when the details of the nation's largest marijuana legalization bill will be ironed out.

Steve DeAngelo, the pony-tailed founder of Harborside Health Center (the state's largest medicinal dispensary) and the uncrowned king of California cannabis reform, took the lead role as consensus builder. "We've got to put our histories aside and come together," DeAngelo said. "The only way we get this done is if we do it California style. We all sit-down in a circle and we talk to each other until we've figured it out. If we don't, our California values of respect for nature, caring for our neighbors, and diversity, will be crushed."

DeAngelo and other panelists warned that without a collaborative consensus document that represents advocacy organizations, growers, consumers, the incarcerated, industry workers and the state, lobbyists for Big Tobacco or casino or agribusiness will move in and create their own legalization bill that would dominate and transform the industry.

"If we don't do it, they'll do it their way," DeAngelo said. "We've got to make damned sure that regulations protect the people who built this industry." DeAngelo wants to adopt Colorado's policy of banning out-of-state investors and growers for three years post legalization. He also believes that small growers should be taxed at lower rates than large corporations, and that size limitations for cannabis farms might also be useful.

This approach is widely supported. "We need to be politically active and come up with a solution, so that the people who are now doing what they're doing at least have a chance to be grandfathered in," said a Northern California woman who has managed a small growing operation for decades. "We shouldn't have to be buying a $250,000 cultivation license. That's a consolidation of wealth; that's not a free market anymore." (After Colorado's legalization, Time magazine reported that deposits, applications and licensing costs for a legal grow there could exceed $500,000).

Omar Figueroa, a prominent anti-prohibition attorney based in Sebastopol, is an organizationally independent leader in the effort to craft a bill that benefits the growers whose expertise has made California cannabis the most sought after weed on earth. "It's good that a purple state like Colorado took the lead in legalization," Figueroa explained, "because neither party in a presidential election wants to alienate these voters. But now California has the most dedicated people, the most experience, and the best strains. We need to regain our leadership with the best legalization law." 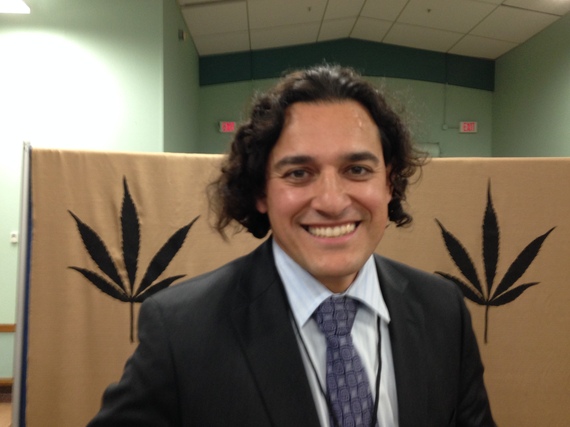 San Francisco-based civil rights attorney and prohibition reformer Matt Kumin, who helped California pass the first medicinal marijuana bill in 1996, agreed. "We need to take the lead like in '96," Kumin said. "It's great that we can learn from the mistakes of others, because this group is going to make it right."

In 2010, California's Prop 19 , the "Regulate, Control & Tax Marijuana Act," was widely criticized as weakly titled, poorly written, and not the result of a collaborative process. It alienated many who work in "the industry" by not considering their needs, like by creating stiff new penalties for parents who smoked in their own backyards.

Lindsay Robinson, director of development for the Marijuana Policy Project, believes that the title of a 2016 California bill ought to follow the winning messaging road paved by the Colorado bill, which her organization helped get passed. Calling California's measure the "Regulate Marijuana Like Alcohol" Campaign could cut through the often deceptive arguments of the opposition.

There was no consensus on the panel about a title for the 2016 measure. Dale Sky Jones, Chair of the Coalition for Cannabis Policy is likely to be at a central leader in the California effort, for which she was raising small donations after the panel. Jones suggested that the measure's name might borrow a page from last month's successful measure to release 10,000 low level offenders from California prisons and use the millions saved each year for public safety. "I liked the "Safe Communities, Strong Communities" title and we might want to use something like that," Jones said.

Other issues that were raised included whether the 2016 effort could attract hundreds of thousands of local donors to replace funding from a few wealthy philanthropists, the need for environmental responsibility, and what type of amnesty to build in for the many thousands of "P.O.W.'s" of the war on marijuana. Some of the most experienced growers have felony convictions stemming from the illegality of marijuana. State-sanctioned grow licenses that exclude such felons were unacceptable to most panelists. Expunging the records of such felonies would also remove obstacles from many thousands of Californians unable to get licenses for professions like real estate brokers and teachers.

Also in the mix: Legal pot bars. Moderator Amanda Reiman, the Berkeley-based Manager of Marijuana Law and Policy at the influential Drug Policy Alliance, noted that it made no sense to force Californians to only partake in private homes. "If we're going to regulate like alcohol, we ought to be able to consume like alcohol. We'll definitely fix that because that's crazy!"