I had long known and loved the song, "Closing Time," and then, when I reconnected with a dear friend, the amazing poet Suzanne Wise, this past fall, I got to meet Jacob Slichter, the drummer from the band, Semisonic, that did the song.
Besides being a talented musician, and a really wonderful person, Jacob is my friend Suzanne's husband (they married in 2007.) He's also the author of a great book, "So You Wanna Be a Rock & Roll Star." If you've ever had fantasies about being a glamorous rock star (and even if you haven't) you really ought to read Slichter's book. You'll come away with a whole new view of rock stardom.
Slichter writes beautifully, and he takes you deep inside the often cut-throat and bizarre (and illegal!) workings of the music industry. Seeing it from Slichter's point of view is absolutely fascinating, and so often hilarious (I often laughed out loud reading, especially his descriptions of the wacky proposed "scripts" for the band"s MTV video!) Slichter has a razor-sharp eye, and a finely-tuned sense of humor. But what makes the book a real stunner is that he is willing to be so brutally honest about how the music business works, and about how deeply ambivalent a star he was.
The excerpt below tells the emotionally-wrenching tale behind the band's hit song. Just as Semisonic began producing the album that contains "Closing Time," writer Dan Wilson's wife delivered their first baby three months premature! For months they weren't at all sure that little Coco would survive. Wilson would leave the studio several times a day to visit his struggling daughter fighting for her life in the hospital.
And then, the same day that "Closing Time" hit the radio, there was another much more extraordinary celebration: Coco was finally after almost a YEAR able to leave the hospital and go HOME!
"I know who I want to take me home, I know who I want to take me home....take me home."
I'm listening to these lyrics right now and knowing the story behind the song, I am a sheet of goosebumps. My daughter, Jocelyn Kirsch, has worked long and hard in neonatal intensive care units in hospitals in Boston; I visited her once and saw babies, wired and tubed, who could fit inside a big teacup. I've also grown close to a couple of those miracle children (Jocelyn became friends with their parents!) If you knew little Sammy and Maggie, you too would celebrate. At age four, in November, 2009, they became the flower girl and the ring bearer at Jocelyn and Evan's wedding.
The parents of preemies are absolutely heroic. Dan and Diane Wilson are one such heroic couple.
Thanks Jake, and to the band, for their story. And yours. And that great song, one that is impossible to stop singing. All of your art is such a gift!

With our time in the studio fast approaching, Dan sat John and me down and told us that there were problems with the pregnancy. Over the next few weeks, the situation worsened, and on the eve of Nick Launay's arrival an emergency forced the doctors to deliver the baby three months early.

The baby girl, Coco, entered the world weighing eleven ounces--too small, it seemed, to survive. Dan told me that the span of her fully expanded hand, from pinky to thumb, was equal to the width of an adult fingernail.

The reports from the doctors and nurses were alternately hopeful and grim. Each hour that Coco prevailed over the odds was a victory, but a tenuous one. When Nick arrived (from Sydney, Australia), Dan gave him the news. Nick offered to postpone the recording if that's what Dan wanted. Jim and Hans assured Dan that canceling the sessions would be no problem, but Dan and Diane decided that recording would provide Dan a welcome relief from pacing the halls of the neonatal intensive care unit. The studio was a short drive from the hospital, and he could still visit several times a day.

So we started to record our second album, which had become both an art project and an emotional lifeboat.

The recordings, full of personality, moved me. As I listened, however, I kept in mind Jim's warning: "We get only one more chance." I heard the voices of music business ghosts, past and future, telling me why our new songs might not get played on the radio.

It takes too long to build.

It's not loud enough.

If the voices persuaded me, I spoke up, "Let's do a faster version," and often wondered if Dan and John had been hearing those same voices.

In the midst of all of this were the constant updates on Coco, who overcame various surgeries, fought off infections, and grew. After a few weeks, tiny as she was, she was big enough for Dan and Diane to hold, though even the best reports were shadowed by fear and anguish, and all of it seeped into the performances. The extreme fragility of Coco's existence revealed deeper dimensions to the songs Dan had written in anticipation of having a child.

Dan proposed a title for the new album: Feeling Strangely Fine, a good description of our state of mind. 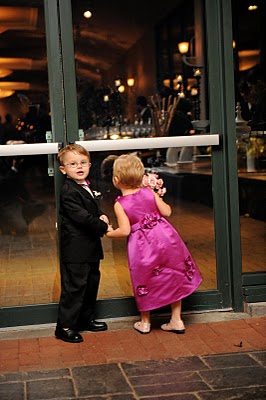 Months after her birth, Coco was still in the hospital, but she had grown and gained strength. Now John and I could visit her, even rock her to sleep. She was still smaller than most newborns, innocently unaware of how over the past year she had absorbed so many of our thoughts and impressed herself into the mood of our new album. Even before the trials of her birth, she had inspired some of Dan's songs.

In late February 1998, after almost a year in the hospital, the doctors said Coco was strong enough to go home, where she would still require round-the-clock medical supervision. She left the hospital on the very day that our new single hit the airwaves. As Dan rode with Coco in the ambulance, the driver looked up into the rearview mirror.

"Hey, aren't you in Semisonic?"

"Wow. I just heard your new song on the radio."

It was a song Dan had written in anticipation of fatherhood, a song about being sent forth from the womb as if by a bouncer clearing out a bar.

"Closing time
Open all the doors and let you out into the world
Closing time
Turn all of the lights on over every boy and every girl...

A NATIVE OF CHAMPAIGN, ILLINOIS, JACOB SCHLICHTER GRADUATED FROM HARVARD WITH A DEGREE IN AFRO-AMERICAN STUDIES AND HISTORY. HE HAS READ HIS ROAD DIARIES ON NPR'S MORNING EDITION. HE AND HIS MULTIPLATINUM-SELLING BAND SEMISONIC HAVE APPEARED ON THE JAY LENO, DAVID LETTERMAN, CONAN O'BRIEN, AND CRAIG KILBORN SHOWS. SLICHTER IS AT WORK ON A SECOND BOOK.

In a follow-up email this morning, Slichter wrote: Art is "not only the lifeboat, but the water, and the people in the boat. I think our creativity is what makes us who we are, and everyone from painters of masterpieces to shoe salesmen are most themselves when they engage their creativity. It's the unending mystery of how we look for and become our truest selves."