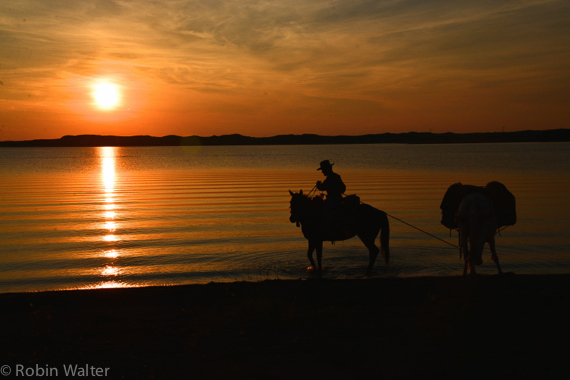 I peered through my mule's ears at a copper-coated bison squaring off with me in a remote corner of Northeastern Montana, and shortened my reins.

Two weeks into a 3-month expedition to document the changing Great Plains landscape, this was our first bison.

I swiveled around in my saddle to ask my partner if we had come a little too close for comfort. The enormous creature stood next to the only gate for miles. Not wanting to backtrack and traverse the prairie by night, I threw caution to the wind. 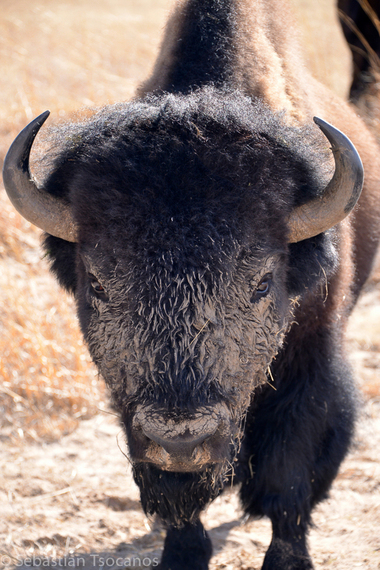 With one eye on the bull, I jumped down, swung the gate wide, and shuffled our pack string through. The bull snorted, then slowly pivoted and ambled away. As the sun nestled into the horizon, we watched him disappear over the lip of the nearest hill.

Next to the dried up creek bed where we pitched camp that night, the primordial grunts of a bison herd in rut floated across the sage brush steppe into our tent.

150 years ago, experiences like these would have been so commonplace as to border on the mundane. Bison once roved the plains by the millions; today, you rarely come across one outside of Yellowstone.

The sense of oddity surrounding our recent bison encounter is a testament to the massive transformation the Great Plains have undergone in the last century. As settlement has pushed across North America's plains, its grasslands have seen ecological devastation comparable to the deforestation of the Amazon Rainforest.

Many regard the Great Plains as one of the most unequivocally flat and boring landscapes in America. Sebastian Tsocanos and I began the "Rediscover the Prairie" project to challenge that narrative. Little of our journey was flat; not one mile was boring. 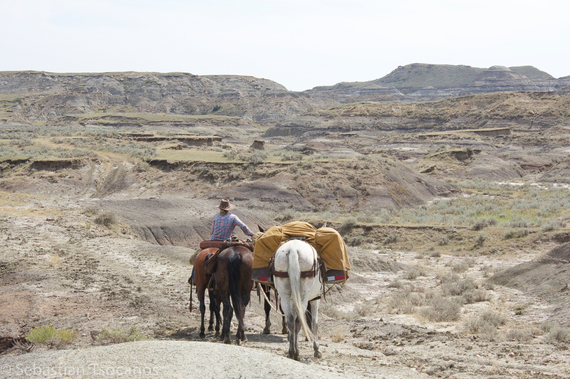 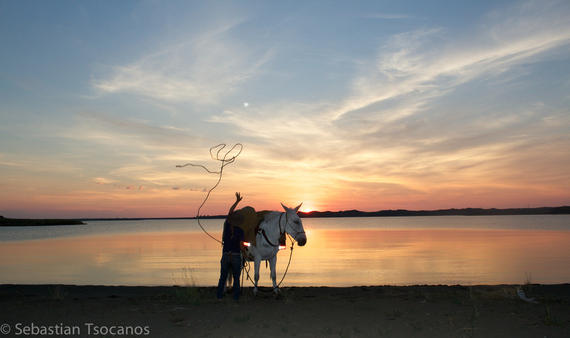 Our route took us through some of the last intact prairie on the planet. We watered from the same holes as Pronghorn Antelope, and watched sage-grouse erupt from the surrounding brush.

We scaled the rolling hills of the Missouri breaks, picked our way through rim-rock and rattlesnakes, and followed the Powder River as it braided through Wyoming's plains.

We crossed the Keystone XL Pipeline, the Yellowstone River, and were chauffeured across I-94 by a kind motorcyclist named Clint. 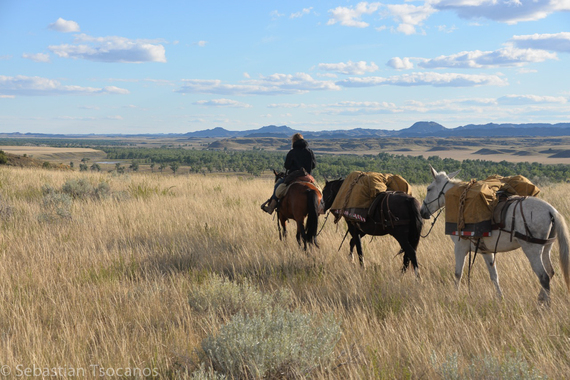 We navigated a maze of public and private lands and met the figures involved in creating a sustainable future in the region.

Some, as you'd expect, work in the brown government garb of the U.S. Fish and Wildlife Service, and others wear the faded blue jeans ubiquitous to ranchers. Others come from World Wildlife Fund's offices in Bozeman to monitor the precipitous decline in grassland bird populations. Yet others hail from Native American communities, working to reintroduce bison to tribal lands. 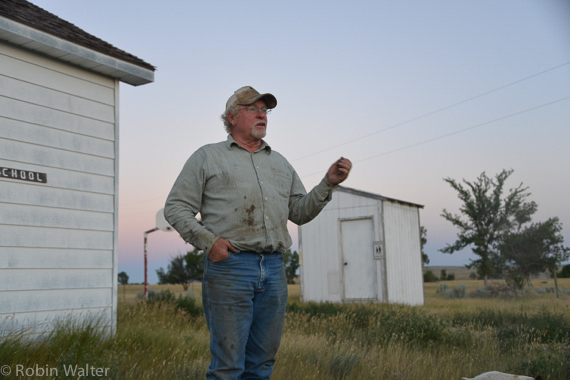 The tracts of native prairie we rode through seemed boundless to us. In reality, they are shadows of what they once were.

The mixed-grass biome we rode across has shrunk to 29 percent of its historical distribution. Estimates of remaining tall-grass prairie dip to fractions of 1 percent. Loss and fragmentation of habitat, mostly for agricultural purposes, has devastated grassland species. 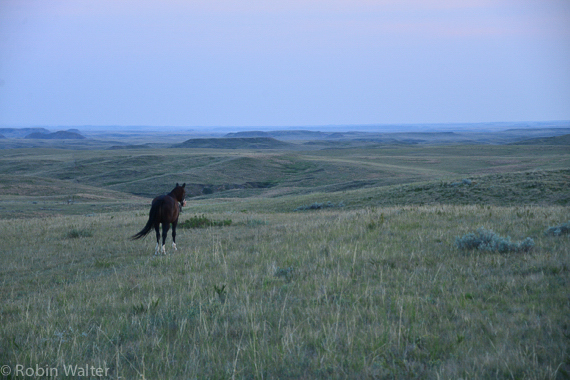 The damage caused by plowing up prairie parallels the effects of clear-cutting old-growth forests. The destruction occurs on a different scale, however, and so the difference between native prairie and agricultural fields is not as readily apparent--especially when driving by at 80mph.

When we rode alongside cultivated fields after wading through seas of native grasses, however, the contrast was stark. The whine of insects disappears. You don't have to watch for prairie dog holes, and you don't spot the yellow eyes of the burrowing owls that nest in them.

Instead, you see furrow after furrow of wheat.

When one plant, often wheat, corn, or soy, replaces hundreds, it disrupts the ecological balance and the interconnectedness of the species that depend on it. 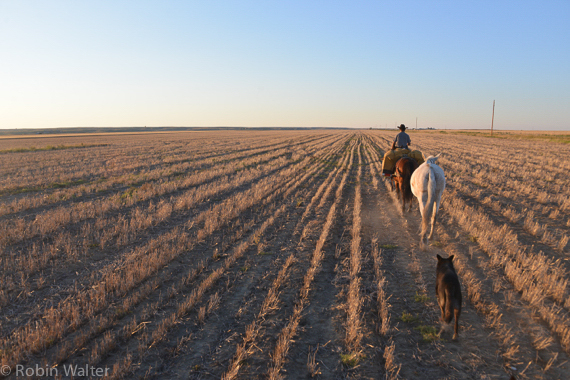 The considerable threats grasslands face include urban encroachment, land and water mismanagement, oil and gas exploration, and the spread of invasive species.

Though the New Farm Bill includes measures to protect grassland, it excludes key states that have seen significant crop conversion.

Global climate change will adversely affect the prairie ecosystem. As drought increases in frequency and severity, water will become an even more hotly contested resource in the West. The species that depend upon it will suffer. 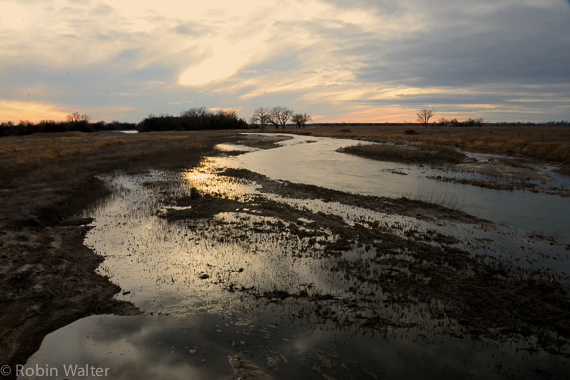 Because our country's grasslands receive very little legal protection, conserving much of the remaining prairie falls to individual landowners. High commodity prices often exceed payments from conservation programs to keep sensitive land out of production, which can render conservation a difficult economic decision.

By 2050, the global population is expected to increase by 35 percent. To feed that population, crop production will need to double. 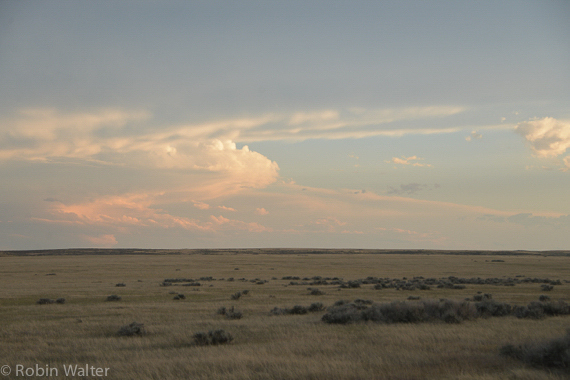 These facts amount to a seemingly hopeless situation, and the grim reality is that perhaps it is.

However, after spending months getting lost in the riot of colors and sounds in the prairie-- and importantly, after meeting land stewards who are determined, dogged, and passionate about its future, I am left with a fragile sense of hope that our tenure in the ecosystem may not necessarily result in its collapse.

The economic benefits grasslands provide by way of protecting water quality, conserving soil resources, and contributing to our global food supply, make a strong case for their protection.

Add the more abstract benefits, like the intrinsic value of grassland species, as well as all that we can learn from the complex relationships between them, and the case becomes stronger. 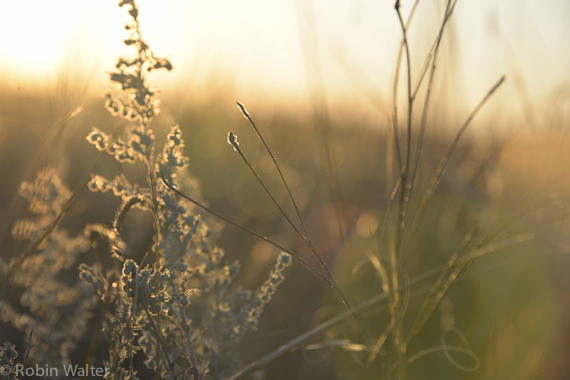 Against the monumental challenge of conserving North America's grasslands, we can find inspiration in the individuals dedicated to preserving the prairie, not only for its value to us--which is immense--but for the landscape itself.

When we put up the saddles at the end of our ride, we did so knowing that much of the grassland we crossed could disappear in the next fifty years. Many of the species that live in its grasses--the sage-grouse, pipits, and pronghorns--could vanish soon thereafter. 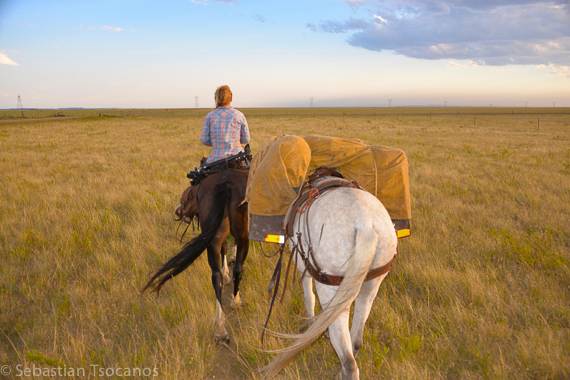 In order to create a fighting chance for the prairie, we need to strike a balance between production and preservation, and capitalize on systems where the two go hand in hand. It is imperative to produce our food, fuel, and fiber in ways that do not compromise the vitality of the land from which they come. The future of the entire ecosystem hinges upon our decision to do so. 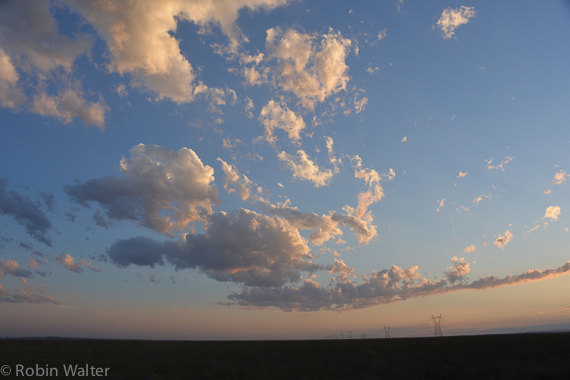