MOBILE, Ala. - Shoreline assessment teams recovered tar balls Saturday from the beach on Dauphin Island, Ala. The tar balls, ranging in size from dimes to golf balls, were recovered and sent to a lab for further analysis.

The Oil Spill Crisis Map is showing a pattern of environmental effects that have either impacted or are threatening the Gulf Coast National Seashore. Reports indicate the river of oil is moving closer, and Dauphin Island, Alabama is experiencing odor at this writing. The Audubon Bird Sanctuary is located here. Dauphin Island is the safety net used by birds as they migrate north from South America. It is a sanctuary of rest and rejuvenation for them, or it was so. The Oil Spill Crisis Map compiles and maps eyewitness accounts of the oil's effects in real time," said Anne Rolfes of the Louisiana Bucket Brigade. "This is a tool for all of us to understand the extent of the damage."

The reports are growing daily and offer a real-time look at the impact on the natural world. 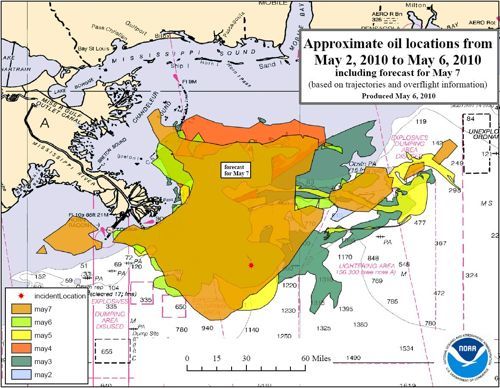 Horn Island and Ships Island, parts of the Gulf Islands National Seashore are also in danger. Horn Island is famous for its long white beaches and is home to alligators, ospreys, pelicans, ducks, tern, herons, and other migratory birds. Reuters News Service and the Coast Guard report that booms have been placed on the east and west tips of Horn Island. Whether they will hold is anyone's guess. Booms did not hold off the Birdsfoot Delta in Louisiana's waters. 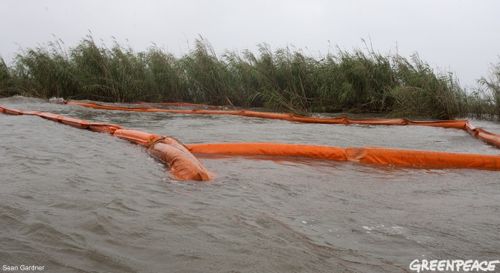 This is a very personal attempt by this writer to explain the beauty of this area. I have been around the world and have never experienced a place of such peace, beauty, and rejuvenation. I can understand why the natural world uses the Gulf Coast as a place of refuge.

Walter Anderson is name not many know, but he chronicled the beauty and majesty of the Gulf National Seashore, and especially Horn Island, like no other.

In 1947, with the understanding of his family, Anderson left his wife and children and embarked on a private and very solitary existence. He lived alone in a cottage on the Shearwater compound, and increased his visits to Horn Island, one of a group of barrier islands along the Mississippi Gulf Coast. He would row the 12 miles in a small skiff, carrying minimal necessities and his art supplies. Anderson spent long periods of time on this uninhabited island over the last 18 years of his life. There he lived primitively, working in the open and sleeping under his boat, sometimes for weeks at a time.

He endured extreme weather conditions, from blistering summers to hurricane winds and freezing winters. He painted and drew a multitude of species of island vegetation, animals, birds, and insects, penetrating the wild thickets on hands and knees and lying in lagoons in his search to record his beloved island paradise. Anderson's obsession to "realize" his subjects through his art, to be one with the natural world instead of an intruder, created works that are intense and evocative.

I think the best way to convey the importance of this natural area and what stands to be lost is to offer this video by roots writer Caroline Herring. The disclosure I must offer is that Caroline is a friend of mine. Her tribute to Walter Anderson is also a beautiful hymn to the endangered Gulf Coast.

This is what may be forever damaged. Words alone cannot express how dire the situation is for all life in the Gulf of Mexico.