A Jew and a Muslim walk into a children's clothing store. Are you waiting for the punch line?

Ok, I walked into a children's clothing store and the other woman was behind the counter folding clothes. I had interacted with her only briefly each time I would visit the store and walk up to the cash register to pay for my son's clothes. She always seemed pleasant enough, but I never gave our interactions much thought beyond that.

However, yesterday when I meandered over to the counter we spontaneously struck up a conversation about shopping, her love of semi-annual sales at Victoria's Secret and Bath & Body Works, and other seemingly frivolous things. The universe works in mysterious ways. This encounter was no accident.

She was funny and charming, and she said to me, "I see that I make you laugh." Knowing by her slight accent that she was not originally from the United States and showing some interest in who she was I asked, "Where are you from?" to which she replied, "I am Pakistani and Muslim."

I took a beat, worked up some courage and said, "I hope you don't mind me asking you this, but, I am Jewish. What do you think about that? What is your opinion of Jewish people?" I had been waiting for an opening to ask someone of the Muslim faith this direct question for quite some time and I had to take it.

Her answer was one that caught me off guard. She replied, "Oh, to me, Jewish and Muslim share a lot in common. We are both very community oriented and we both wear sacred head coverings to pray. I feel like in some ways we are very much the same." I was taken aback by her answer and told her, jokingly, that according to the news media, she should dislike me.

She laughed and quizzically said, "Really?" to which I said, "Where have you been? Don't you watch CNN?"

I actually had to bring her up to speed on the fact that according to mass media, all Muslims have disdain for Jewish people and for Israel. I found myself actually trying to sell her on the idea and realized the absurdity of it all as I recounted the Israeli/Palestinian conflict, Gaza, radical Islam, Jihad. I played every card in my deck to try and jog her memory.

She gave it some thought and replied, "I work so much at the store that I barely get to watch the news and it depresses me anyway, so I try to avoid it. But my husband and I have respect for all races and religions. My God and your God are the same. We respect everyone."

As the conversation rolled on she told me of Jewish co-workers of her husbands whom they liked very much and also their struggle in sometimes hiding their Pakistani and Muslim heritage for fear of prejudice in the United States.

"When my husband was looking for a job in his field after 9/11, he lied and said he was from India for fear of being unemployable because of his true background. He was scared about that, so I do know what you are referring to."

As she further opened up to me she also told me of a few times in the store when some people did not want her to wait on them as a salesperson, but she took it in stride. "Whether someone is Jewish, Christian, Muslim, whatever their religious beliefs, doesn't matter to me. I like everyone and I also study the teachings of Jesus Christ in addition to Allah."

When I mentioned Donald Trump's rhetoric about not wanting to allow Muslim people into the United States until our government can finely pinpoint the good guys from the bad guys, our back and forth dialogue went silent for a minute. She was reflective and offered, "Well I just don't see how that would work for America. You're going to not let in a whole group of people? I don't understand. I am modern Muslim and I am American."

She went on to explain that although she does not wear a hijab head scarf because they are not quite as religious, her Muslim community is of great importance to her and her status as an American is of equally great importance to her. Suggested I visit a Mosque service to see what their religion is actually about to separate fact from fiction.

I do hold a good deal of respect for Donald Trump and think he does have the makings of an effective leader. I think we, as a society, have all been led a bit astray by fear and over generalizations and we have stopped talking to each other. We rely on mass media to feed us how we should feel about others and how they should in turn feel about us.

So I suggested that more people should have conversations one on one, human to human, like we were doing, and the world might be a better place. She agreed. 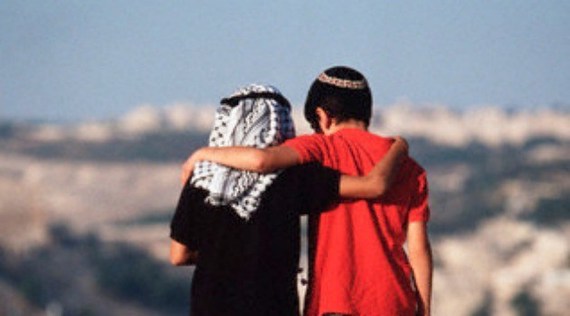