From Hilltop to Hilltop: My Path from Rwanda to Israel, is a story that would make a terrific movie. The author, Heather Streltzer Gelb, tells us what it was like to be a Peace Corps volunteer in a primitive part of Africa and makes the story, the scenery, and the Rwandan people come alive for the reader. The book is Gelb's first, but you'd never know it, because yes, she can write.

Gelb was stationed in Mukoma, Rwanda, where she attempted to teach the locals about nutrition and health during a two-year stay which turned out to be a 17-month stay, interrupted as it was by a terrible war. All of this took place 24 years ago, when Gelb was fresh out of college, and just beginning her life as an adult. It was a story that needed to be told, and Gelb tells it superbly. 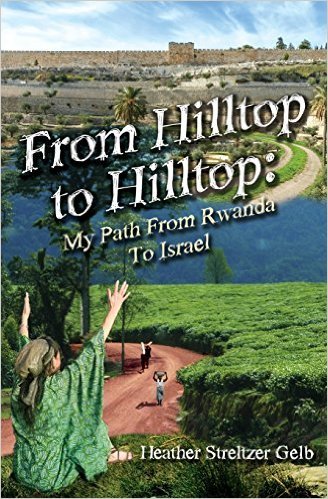 The story purports to be not just about her work in Rwanda but about Gelb's blossoming relationship with her future husband, via correspondence, and her return to her Jewish roots. Alas, these aspects of Gelb's story are less compelling than the charming vignettes of rural Rwandan daily life and the descriptions of the characters among the local populace who become the author's friends. Perhaps this is due to reticence on the part of the author to discuss her love life? Even so, this does not quite explain the failure to illustrate why/how Gelb throws in her lot with Orthodox Jewry, coming as she does from a secular Jewish background.

Never mind. The reader is quite happy reading about Nakabonye, who tries to guilt the author's mother into buying her a home, and Kabalisa Steven, who is Gelb's walking friend, and the only person in the community who is aware of the wider world. We like reading about local customs, such as how the local women get each other's attention by grabbing certain, um, body parts; and how women spit at their children to show displeasure.

Gelb helps the villagers improve their diets by giving cooking demonstrations on how to use the leaves as well as the tuber when preparing sweet potatoes, a ubiquitous staple. She teaches illness prevention by showing the women how to wash their hands before handling food. At other life lessons, Gelb is less successful. She cannot persuade the villagers, for instance, that they will not contract worms from eating papayas and bananas on a cool day, which contradicts a long-held, deeply ingrained local belief. 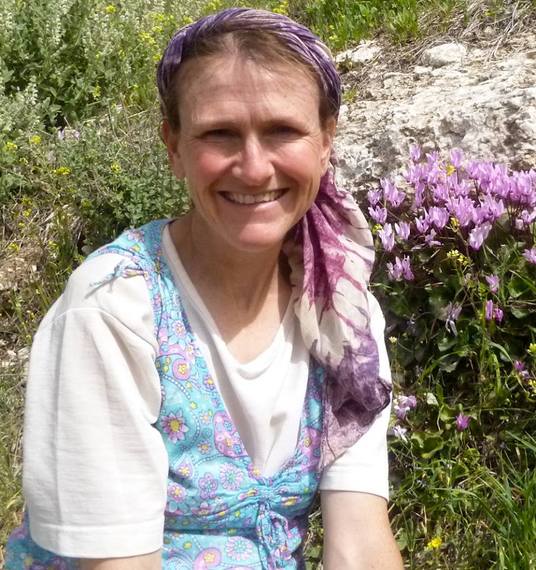 The author's sense of humor comes through, and we like her not only for the way she can picture herself through the eyes of the people she has come to serve, but for the fact that she can laugh at herself. Gelb entertains as she describes her relationship with the various stray animals that attach themselves to her. She accompanies a dog's howling by strumming her banjo to match him, note for note, and she learns the secret of how to successfully feed an orphaned baby hawk:

"By some quirk, I discovered that a successful feeding needed to include one of Rod Stewart's hit songs. I would get caught up in the feeding along with Rod, 'You're in my heart, you're in my soul, you'll be my friend when I grow old. . .', as I slowly but with rhythm plunged the mush through the syringe and into its open beak."

Gelb is at her best when describing her surroundings and inner thoughts:

"There is something surreal about walking along a narrow dirt path with a herd of silent cows under a full moon. I almost felt like I was moving along a bovine river, pulled along with the flow towards an unknown destination. I felt this incredible lightness of just being, not really caring where I was going. There was no rushing, just steady forward movement.

My friend Steven brought me safely home while the moon was still high in the sky. The lightness left and I felt the weight of fatigue press down, like I had been on a long journey. The images of dancing trees entered into my night dreams, swirling with the images of large-eyed barefoot children, and cows with horns so large they reflected the moonlight."

Optimism And Spontaneity
Gelb charms the reader with her optimism and spontaneity. She is unafraid to try new ideas or perform untried tasks. We hear very little about her privations, such as her constant stomach distress and the rarity of a bath during her stay in Mukoma. Gelb does not complain, but on the contrary remains excited about everything: the delicious local fruits, her homemade solar oven, an attempt at beekeeping, and an endeavor she organizes to help provide a livelihood to her new friends. The reader senses the connection Gelb makes to the people, the land, and the spirit that inhabits this place so far away from anything she has ever known before.

From Hilltop to Hilltop: My Path from Rwanda to Israel
By Heather Streltzer Gelb
160 pp. Valiant Publishing. $11.96