Tevye from Fiddler on the Roof measured his life in sunrises and sunsets.

Good thing he didn't live in Iceland; his internal clock would have been way off. While in Iceland, I saw both the most spectacular sunrise, and the most spectacular sunset of my life -- all within a matter of thirty minutes. Since Iceland is so far north -- right outside of the Arctic Circle -- and we were visiting right at the summer solstice, the sun dipped below the horizon for just a fleeting second, only to reappear seconds later, now performing a midnight sunrise. Luckily for me, the 24 hours of sunlight gave me the time I needed to explore all that Iceland had to offer. 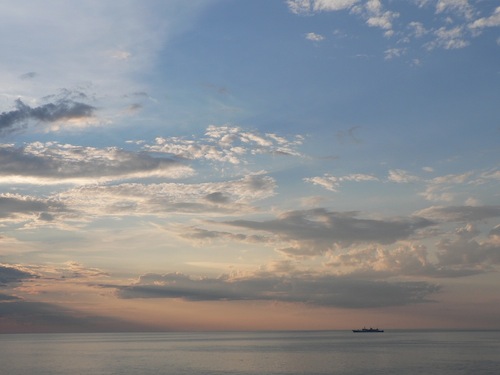 Though the sun was already high in the sky, our 6:00 a.m. wake up call still felt early, as we boarded an Icelandic super Jeep -- read: a van tricked out with 44" wheels, among other goodies -- on way to an 11-hour tour to the barren center of Iceland. After driving on paved road for 60 kilometers or so, our super Jeep took a sharp right turn off of the path of civilization and into a world that felt as untapped as the day the Vikings arrived. In the course of half a day -- by Arctic-sun standards -- we would see waterfalls, valleys, ridges, geysers, glaciers and tundra that can only be described as lunar. 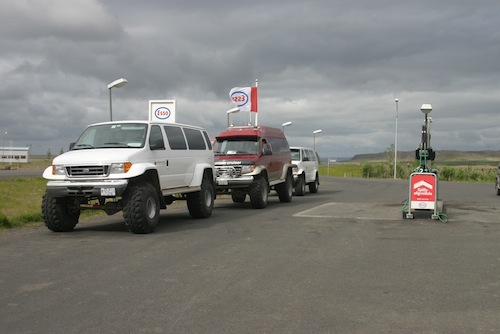 Somewhere between seeing a 140-meter waterfall, where our guide told us to follow him or risk falling into the Icelandic ground below, and the original Geysir, after which all the others are named, our Jeep pulled up to a remote campsite nestled at the base of two huge volcanoes. Thanks to the geothermal activity beneath us, hot springs warmed the water that flowed down a small waterfall into a crystal clear pond below. 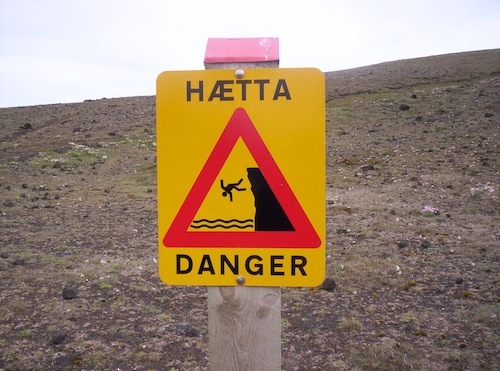 We changed into our bathing suits and walked down a long series of wooden planks laid down over some marshy grass. We descended into the pond, and as we moved deeper, we felt underwater currents carrying streams of the magma-heated water our way.

After a few shrieks from the cold, and some splashes to get acclimated, we settled down in front of the waterfall as warm waters and cool waters oscillated around us -- one moment too hot, the next too cold, but for the majority of the time, just right. Natural springs like this one become a social place to unwind for Icelanders -- which is not unlike a pub in Britain, or a coffee shop in America -- even in the dead of winter, when their hair freezes while they soak their bodies in the warm water below. This doesn't surprise me, however, as I saw firsthand how connected Icelanders feel to their natural environment. The glaciers, lava fields and geysers are a part of both their national and personal identities. 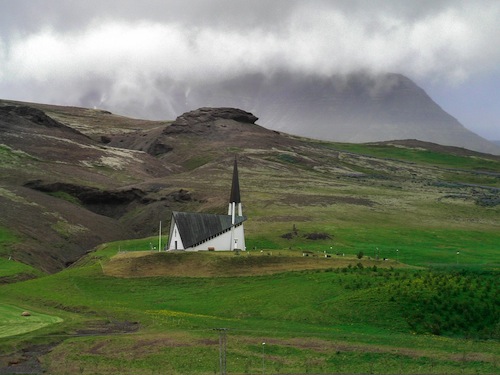 Even more than their connection with nature, what struck me most about Iceland is their optimistic spirit in the face of what most of us would call difficult living conditions. It's among the most expensive places in the world to call home, even before its economic collapse. That, however, doesn't stop thousands of Icelanders from heading out on Friday and Saturday night to party, despite beers that cost upward of 10 U.S. dollars. In the dead of winter they receive only a couple of hours of sunlight per day. When I asked our Jeep driver, Alf, how Icelanders deal with not receiving any light for months at a time, he simply responded simply, "we turn on a light." 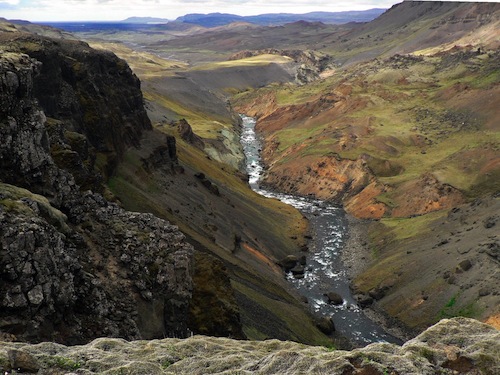 Perhaps no other story conveys how Icelanders deal with their surroundings better than when our Icelandic super Jeep made the turn from middle-of-nowhere to just nowhere.

We heard a large clank, followed by a couple of smaller clanks, and then felt the Jeep halt to a hard stop.

"Don't worry," our driver Alf said, "we won't be stuck long." He climbed out of the Jeep, only to reappear a few moments later, his hands black from grease, holding the drive shaft of our car. "Looks like this fell off," he says with a furtive grin.

Visions of being stranded for hours in rural Iceland filled our minds, but within moments a large Toyota pickup truck pulled up, and out stepped Thor, the mechanic, with the body of a human, and the face and hair of a 12th century Viking. He and Alf exchange Icelandic pleasantries while they screwed the drive shaft back into place.

Within minutes of the mechanic's arrival, Alf hopped back in his super Jeep, now back to full strength.

He turned back towards us, "you were worried, huh? No reason to be." "In Iceland," he tells us, "there's always a way."