Imagine that you train for your entire childhood for the opportunity to represent your country in your sport.

Imagine that you go through the process of the qualification competitions and earn your spot to represent your homeland in the World championships.

Imagine that your country's governing body of the sport sends in the "Nominative Registration" for said World Championships and your name is on that list!

Your hard work has paid off and the honor of placing your country's flag on your leotard and competing on the world stage is yours.

Then imagine that a few days later you find out that you are not in fact going to represent your country in the sport that you have trained for your whole life despite what the roster said.

I would imagine you'd be devastated.

Imagine you then discover that the people who will be representing your country at the World Championships are not one of your fellow national team members.

Oh no. Instead, the people who will attend the World Championship competition on behalf of your country are two athletes with absolutely no familial ties to your country, who have never set foot in your country, cannot speak your language and who have done nothing to earn the roster spot that was just stolen from you.

I would imagine that there is not a word that adequately describes the level of betrayal, confusion, anger and despair that such an outrageous and unjust move was made.

My guess is that you might just figure you are mired in a Kafkaesque dream.

Except it's not a dream. This is the very real reality of Belarusian gymnasts Sviatlana Lifenka and Valeryia Tsekhmistrenka.

The reality to which I am referring is to the brewing controversy of the plot concocted among Belarusian Gymnastics Federation vice president Nellie Kim and Alaina Kwan and Kylie Dickson's personal coaches Galina Marinova and Artur Akopyan (and presumably the girls' parents) to obtain dual citizenship in order to compete for Belarus at the 2015 World Championships later this month in Scotland. (For an excellent opinion piece and background on this, check out this article.)

Gymnastics chat boards, blogs and Facebook pages blew up with the news. Some condemning the strategy, others supporting the "choice" to send Kwan and Dickson instead of the Belarusian gymnasts who were previously selected Sviatlana Lifenka and Valeryia Tsekhmistrenka.

Despite that the absurd nature of the events, it seems quite clear that the move is legal. An exploitation of a loophole in ambiguously written immigration law allowed a clever manipulation of said laws. Combined with the collaboration of old friends, and voila: the roster changes. As a result, many who defend this action are holding ground on that technicality: it's legal, they saw the opportunity and took it, who are we to judge?

How can we not judge? Good old American wealth and entitlement allows for the roster change and for these American children to take the place of the Belarusian kids whose names are so difficult to pronounce it somehow makes it easier to not think about them. 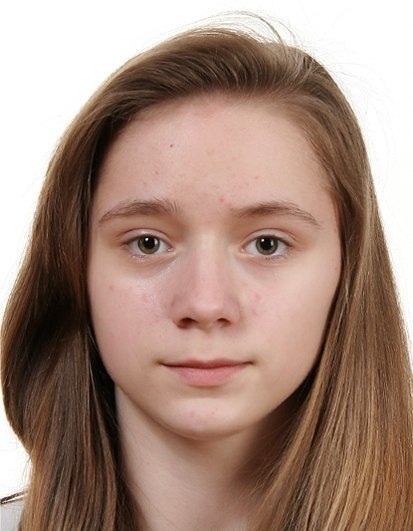 She just turned 16. Born in Belarus, she's been a national team member since 2014 and is coached by Alena Kuznetsova. Sviatlana loves fashion and she speaks English very well. (Let's hope she doesn't read the interview about how the American kids who took her roster spot are going to save her country's gymnastics program.) 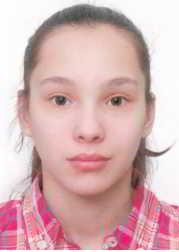 She also celebrated her 16th birthday a few weeks ago. An intellectual who quotes Dostoevsky, Valeryia loves taking pictures, including selfies with her friends. You know, like most teenagers do.

They are real people. Children just like Kwan and Dickson who have dreams of competing for their country.

Here is the difference: Sviatlana and Valeryia qualified to compete for their country. Kwan and Dickson neither qualified for their own country nor for Belarus.

Nevertheless, Kwan and Dickson are taking Sviatlana's and Valeryia's dream. Why? For the simple reason that the adults around them found a way to exploit a loophole in the rules.

Just because something is legal, does not make it ethical.

Simply because something is permissible, does not mean it's proper.

And if I still haven't convinced you, consider a core tenet of most every society and religion: the Golden Rule. Do unto others, as you would have them do unto you.

Can you even imagine the outrage that would occur if an American child were removed from our national team in favor of a child from another country who had neither a U.S. parent nor grandparent and never set foot on U.S. soil?

I want to be clear: I do not blame Kwan and Dickson. They are children who are caught in the crossfire of adult egos and who are simply excited to resurrect their own dreams that were put on hold after their failure to qualify for the U.S. roster. In fact, I feel terrible for them as well because I suspect that they will come to understand (if they do not already) the sham that is their representation of Belarus.

But my heart breaks for the sport I love. I thought we were better than this. What happened to sportsmanship? The pride of Olympism: "the educational value of good example and respect for universal fundamental ethical principles" whose goal "is to contribute to building a peaceful and better world by educating youth through sport practiced without discrimination of any kind and in the Olympic spirit, which requires mutual understanding with a spirit of friendship, solidarity and fair play?"

And, my heart breaks for my country. As once again, another fine example of American entitlement and egocentric thinking enters international headlines. Who cares if another person loses out on what they earned so long as I get what I want?

However, most of all, my heart breaks for Sviatlana and Valeryia, their coaches, their families and the entire Belarusian national team. They worked, they sacrificed, they played by the rules, they earned their spots and they were robbed of their opportunity by the greed and ambition of others who seized an opportunity to exploit an ambiguity in the rules. There are no words to describe the unfairness of this nightmare for them.

It remains to be seen if the FIG or the IOC will step up and involve themselves in an investigation of this or in rule changes for the future. One can only hope. Or perhaps they will just allow FIG to become another FIFA -- just another sport where the highest bidder gets the prize.