Increasingly today, East Africa is one of the few places one is likely to have the visceral experience of witnessing vultures crowded over newly found carrion, competing to quickly and efficiently render it to a few large bones and fur. Sadly it is precisely this astonishing ability to fly with ease across seasons and countries, and to respond quickly in great numbers to carcasses large and small, that has put vultures in the center of a growing tragedy.

That tragedy is the misuse of readily available poisons to kill wildlife under diverse circumstances. The vulture's unique capacity to identify recent deaths across vast distances has made it particularly vulnerable. Sadly, the collapse of vulture species and populations serves as a grim indicator of a much wider death toll across Africa. 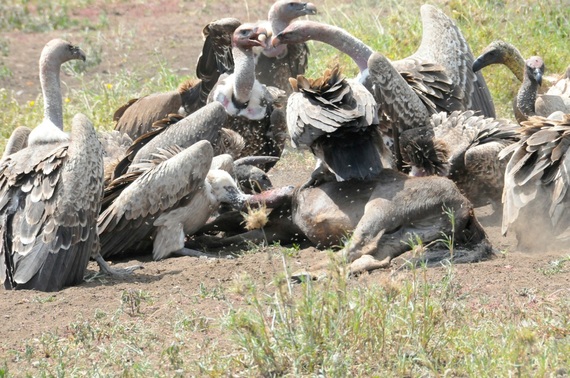 A brief story helps illuminate. Iringa is a lovely town in south-central Tanzania and an important crossroad in the colonial history of both the Germans and the British, with an unusual history of Greek settlement in the early twentieth century. The Greeks came here to grow tobacco, a legacy that continues with Tanzanian farmers who now contribute to an important export market.

Quaint Orthodox churches dot the landscape on the road west to Ruaha National Park, now Tanzania's largest. The park holds an exciting mix of fauna from the lower Rift Valley and species from further south less typical of East Africa. I arrived here amidst unusually heavy "short rains" to a verdant landscape filled with tremendous and diverse wildlife.

During the dry season the Ruaha River becomes a series of isolated pools critical for thirsty wildlife. A few years ago, one of the pools was poisoned with rodenticide used by the tobacco farms to the east. The intent was to kill wildlife for consumption by local people. The effort succeeded, but when vulture species responded to feed on a large giraffe carcass, over three hundred died. 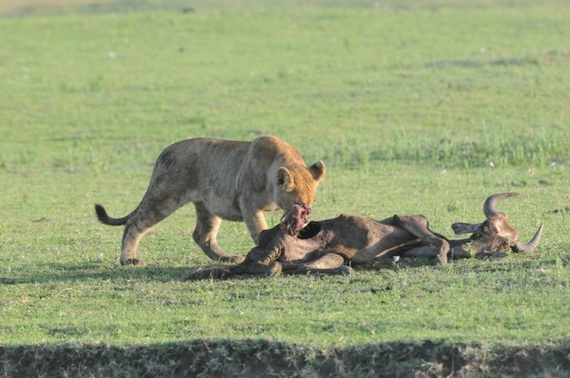 Lions are efficient predators of both wild ungulates and of livestock. The latter issue is at the heart of much poisoning in East Africa. Photo ©Steve Zack/WCS.

This was but one episode in a growing trend across Africa. The use of poisons has many contexts. The most prevalent is the poisoning of livestock carcasses killed by local lions. Pastoralists target the offending lion returning to the kill. Inevitably, vultures also feed on the poisoned carcass.

Poachers killing elephants for their ivory may also use poisons. In this case, they contaminate the elephant carcasses to kill vultures and so keep them from circling and giving away the location of the slaughter to anti-poaching patrols.

In West and South Africa, poisons have been used to kill as part of the witchcraft trade. Because of their capacity to travel far and wide to find food, vultures are thought to be clairvoyant. Some local people believe that by eating vulture brains one may be able to find food more efficiently and even predict winning lottery numbers. 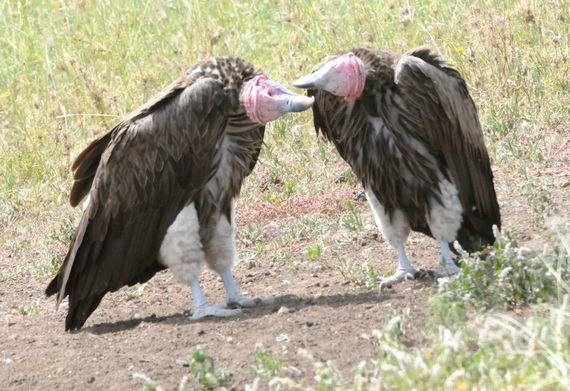 Vultures, like these Lappet-faced Vultures scanning the sky, are thought to have clairvoyant powers. Photo ©Steve Zack/WCS

The crisis facing vultures and other wildlife is continent-wide. Six of the eight East African vulture species have become endangered in just the past several years, with many parks losing their populations altogether. Lion populations are in steep decline as a result of poisoning, and there is great risk of their extirpation in West Africa.

A poorly known part of the tragedy is the effects to African peoples themselves due to their handling the poisons and consumption of contaminated animals. Most of the poisons used are carbofurans, powerful and very toxic insecticides that are banned in the U.S., Canada, and the European Union because of their known dangers to human health. These chemicals are cheap, easily accessible, dangerous, and widely misused.

Work with local communities to reduce the lion and livestock conflicts and to stem the misuse of poisons is critically needed. Our colleagues at the Ruaha Carnivore Project have made important progress in addressing lion poisoning with local peoples. 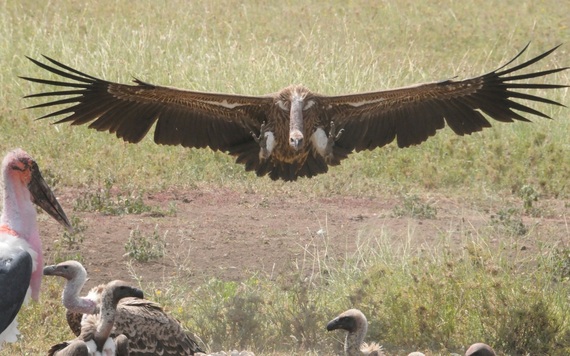 The use of poisons around Ruaha appears minor compared to other regions of East Africa. This park and the nearby Katavi National Park are relative strongholds of vulture (and lion, and elephant) populations. And so it is around Ruaha where we will start to build efforts to raise awareness on the dangers of poisons and act to reduce it.

We don't have the clairvoyance of vultures, but we do need to envision an Africa free of poisons for wildlife and people alike.