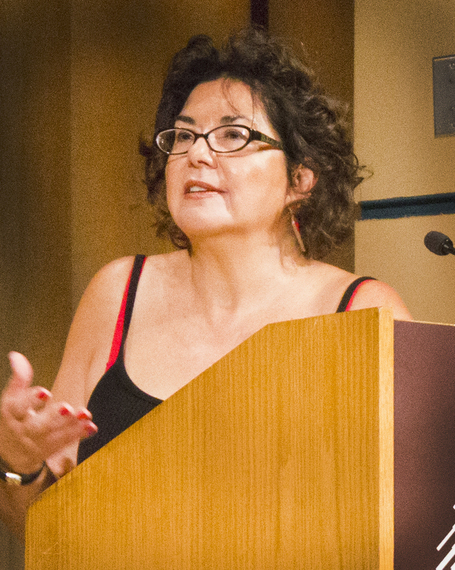 My maternal grandmother was a Sandoval who married a Gallegos. My mother married the O'Briant. My olive-skinned mom proudly relinquished her father's Spanish surname because of the discrimination she'd experienced growing up. She also emphasized English in our home because in her hometown of Santa Fe, New Mexico, her first language had been forbidden in the schools. For her, an Anglo last name was a step up, and she didn't want her children to experience the same prejudice she had endured.

She took it a step further with me by trying to keep me out of the sun and by slathering a bleaching cream called Black/White all over me. Mom threw herself on the bed and wept the time my father brought me home from a day of fishing. I didn't have sunburn but an enviable tan people pay good money for nowadays.

After my parents' divorce we moved from Texas to Santa Fe where mom's parents still lived. My grandmother spoke only Spanish and my aunts and uncles spoke a lively mix of Spanglish. Grandpa was especially creative. "Don't get so exercise!" he'd say, meaning don't get excited. English was still emphasized in the barrio schools I attended, but at least now you could take Spanish as an elective. Not that my blossoming Spanish helped me blend in. There was still the O'Briant last name with which I had to contend.

Pachucos attacked both my brother and me for having an Anglo surname. The idea that despite all her effort her children would still experience discrimination never occurred to Mom. There is no blame here, but it does explain my cynical worldview.

So, where did the Ramos in my name come from? When I began writing, I chose a penname borrowed from the slender, bookish part of a widely traveled couple who gave me a subscription to National Geographic when I was ten. That magazine opened my mind to possibilities beyond the Santa Fe city limits, but I also wanted to proclaim my heritage, and not from the ground looking up as I had once done with my childhood tormentors: "My mom is Spanish!"

In the early 70's I attended the University of New Mexico. Racial and ethnic divides, as well as the Vietnam War, were the subjects on campuses across the country. My junior year roommate was a Navajo girl whose parents had fled the reservation for Albuquerque suburbia. Genevieve had been raised among middle-class Anglos and been a cheerleader. She wanted to get married and have blond, blue-eyed children.

"You remind me of my mom," I said. It was around this time that Whoopi Goldberg did a skit about a young black girl wearing a towel around her head and pretending it was her "golden locks."

My roommate and I took a class called Hands Across the Border that emphasized the major racial and ethnic groups in New Mexico. The names that follow are circa 1970: Mexican, Spanish, Anglo, Indian and Black. The problem for the Latinos was that we couldn't make up our minds what we wanted to be called: Latino, Mexican American, Chicano, Hispanic or Spanish American. That last description was hotly debated because there was a difference between Northern New Mexicans and those who lived closer to the Mexican border.

If you called yourself Spanish, as my mother and her generation did, then you were thought to be putting on airs. "You may be Mexican," she told me, "but I'm Spanish."

My novel, The Sandoval Sisters' Secret of Old Blood, is a family legend, with some romantic/erotic embellishment. The sisters adopted Anglo children whose parents had died on the Santa Fe Trail. Spanish became their first language and they took the Sandoval surname. But they still encountered discrimination. The book explores the impact of the Mexican-American War on the sisters. Alma's elopement with a young Texan is my mother's story. 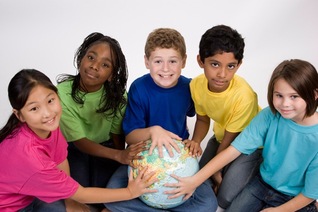 Prejudice and racism happen all over the world, but when it comes to Latinos, we've relaxed with the uproar over names because, well, we're everywhere. The Census Bureau explains that "People who identify their origin as Hispanic, Latino, or Spanish may be of any race and from a multitude of countries: America, Mexico, Puerto Rico, Cuba, Central and South America, to name just a few. The AP Stylebook's recommended usage of Latino includes not only persons of Spanish-speaking ancestry, but also more generally includes persons "from-or whose ancestors were from-Latin America, including Brazilians."

Before the U.S. Census caught up with what was happening across the country, Time Magazine (1993) did a cover story on mixed marriages and what an American would look like in the future. Go here to see the beauty on the cover. She looks Latina to me.

Japorican and Blacklao (Black and Laotian), Blaxicans and Filatinos (Filipino and Latino), you can call me Mexrish or a Leprechana, but I prefer Latina because it encompasses a positive and powerful group of people, and it's a mix of all that I am.