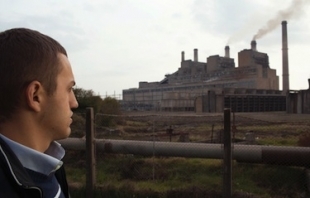 When Dr. Kim, President of the World Bank, and leaders of other international financial institutions ponder funding new coal power projects this year -- like the one in Kosovo -- there's one word that should be seared into their memories: Sostanj.

For the last few weeks political controversy has raged in the central European nation of Slovenia over the unfolding financial disaster associated with a new 600 megawatt coal-fired unit at the existing Sostanj power station. For the past three years the project has grabbed the public's attention, but just last week an emergency session of parliament was convened with parliamentarians demanding answers on how the cost of the project -- referred to as Unit 6 -- has doubled to $2 billion (€1.44 billion) since it was first proposed in 2006.

When Unit 6 was first being considered the government-owned utility Termoelektrarna Sostanj (TES) was proclaiming that the project would be clean and cheap. But the early warning signs were there. The environmental impact statement on the project was supposed to consider alternatives but didn't. Energy efficiency and renewables were ignored altogether even though Unit 6 would be based on burning lignite -- the dirtiest and most greenhouse gas intensive form of coal. Indeed, the project is projected to be so polluting that it will also almost swallow Slovenia's entire carbon budget under European Union climate objectives for 2050.

Back in 2010 Slovenian civil society groups had warned that the project's cost estimates were dodgy and likely to result in major losses and cross-subsides. But international investors -- the European Bank for Reconstruction and Development and the European Investment Bank -- were quick to approve loans of altogether $890 million (€650 million) plus $136 million (€100 million) syndicated to commercial banks. However, a state guarantee, required for the biggest chunk of the loans and thus a prerequisite for the project to go ahead, hinged on conditions that were unrealistic: project costs of not more than $1.78 billion (€1.3 billion) and a lignite price not higher than $3 (€2.25) per gigajoule.

Now Slovenian media reports the project is likely to run at an annual loss of approximately US$69 million (€50m) a year if completed in 2015, potentially leaving Slovenian taxpayers to pick up the losses. And controversy remains over the corruption allegations -- still subject to an investigation by the European Anti-Fraud Office (OLAF) -- surrounding how TES awarded the contract for the project to the French engineering company Alstom.

While the Slovenian government initially extolled the financial benefits of the project, it is now glumly resigned to throwing good money after bad. The Slovenian Prime Minister, Alenka Bratusek, recently stated that despite the cost escalation "we don't have the privilege to decide whether this project can still be stopped. The data we have show halting it would be more expensive than completion."

The Sostanj saga should be a humbling lesson in the heavy costs that come with a starry-eyed pursuit of the 'clean and cheap' fairytale the coal industry has sold policymakers. The crippling costs of Sostanj would be bad enough if Slovenia was the only country embracing a new coal plant but it isn't.

Most governments in south-eastern Europe are planning new coal-fired power plants, claiming they would be the cheapest option to secure energy supply. Among these plans is a project in Kosovo eerily similar to the ill-fated Sostanj power station. The Kosovo project too is proposed to be a 600 megawatt plant based on lignite and, it too comes with a price-tag of $2 billion.

Even though both the World Bank and the European Bank for Reconstruction and Development (EBRD) last year adopted new lending policies introducing stricter conditions for their coal lending, both are contemplating supporting the costly and polluting Kosovo project. In fact the World Bank is now preparing a scoping document for an Environmental and Social Impact Assessment that would pave the way for support. Worse, it's preparing the assessment while keeping the Request For Proposals (RFP) secret (which helps to avoid disclosing the increase in tariff needed to support the project). Their rash and reckless moves to support the Kosovo coal plant has made it the test case for Dr. Kim, and the World bank when it comes to how seriously they take these coal finance restrictions.

It's telling that in a move potentially made to justify World Bank involvement Dr. Kim has warned that people would 'freeze to death' if a new coal plant weren't built. An embarrassing statement that will no doubt come back to haunt him. Which is in fact exactly how one official at the European Investment Bank (EIB) described the backlash to their support for the Sostanj project.

As Dr. Kim and the World Bank prepare for the Kosovo project there is one question that Kosovars should be asking: Is the World Bank willing to pay for the costs of the inevitable overrun, or like the Slovenians, will the citizens of Kosovo be stuck with the check?