As you know, I am on a series of trips to Cuba for two separate projects. They are my modest attempt to create a bridge of understanding between the two cultures I was born into, and that now stand together at the forefront of a cultural transformation. 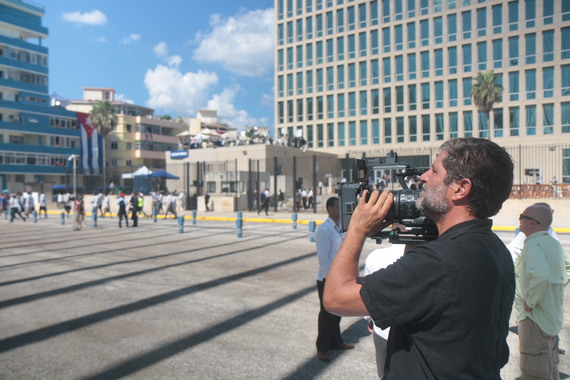 The first of these journeys was a 1,200 mile road trip to map-out my photographic workshops. The second, to cover the historic opening of the US Embassy in Havana as a journalist. 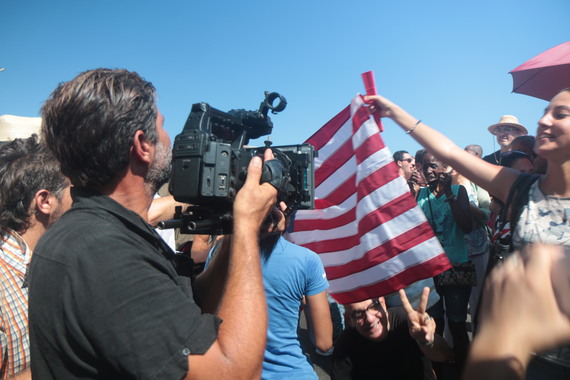 More than all of my previous travels to Cuba since 1991, this last trip has filled me with enthusiasm and caution for the future. Things indeed are moving fast - but to where and to what ? Nobody seems to really know. Not even our leaders and most knowledgeable experts. 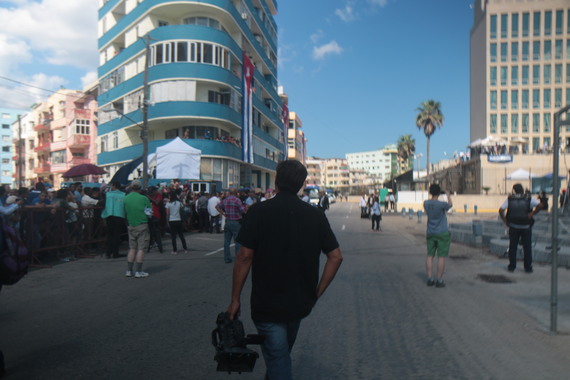 One image from the old black and white photo albums at home marked "Junior" always stayed burned in my mind. 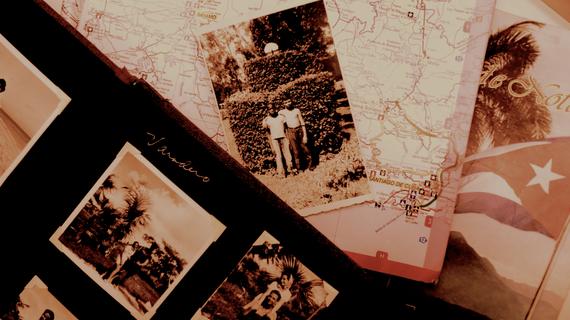 A backyard snapshot of you, arm-in-arm with little kid from the batey you had nicknamed Pototo. I was able to find out that his true name was Justo Sabari Caballero, and he was the youngest son of Elisa Caballero Ramos - one of more than a dozen maids and servants your grandfather German (Herman) Lopez employed to look after the house you lived in together. 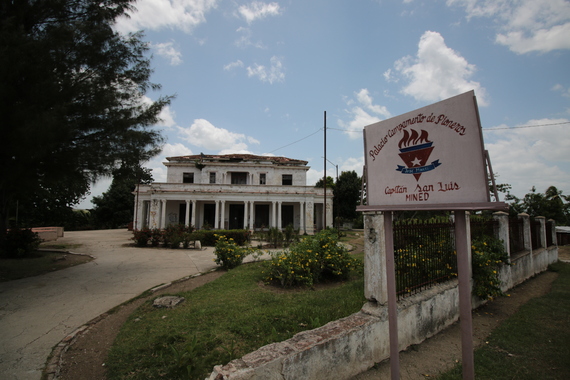 As a kid growing up in a world you described as an exile, me and my sisters heard about how you wouldn't eat lunch unless Pototo was invited to eat with you at the formal dining table. I remember laughter as you described the shock of old man Lopez and his protest against your daring break with the social norms of the time. Finally a secret deal was struck to end the hunger strike. You and Pototo were both sent to the kitchen to eat there were Elisa could keep an eye and make sure you two wouldn't cause any more trouble. 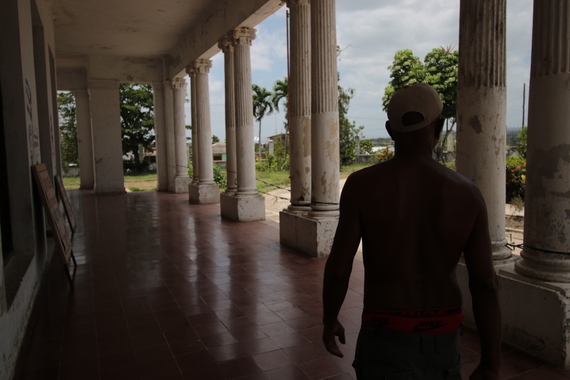 I'm sure you still remember how I visited San Luis for the first time back in 2002 with Jaye and Luna. I learned of Pototo's early death after tracking down his older brother in town. He in turn introduced me to Pototo's son and his 96 year old mother Elisa. The woman who was charged with raising you both. She was old but still rambunctious and gave me the biggest hug ever. I could feel the love and the acceptance as if I was with my own family. 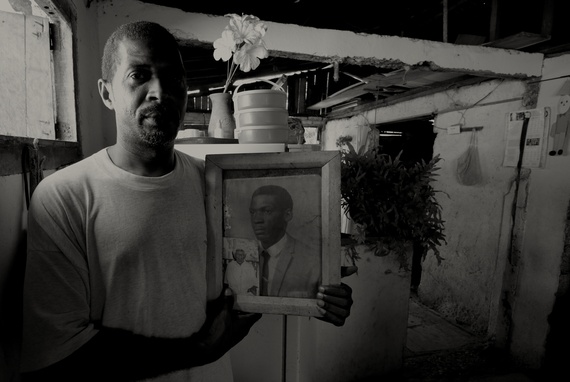 In a way, I couldn't believe it was all true until I saw it with my own eyes. The stories of how wealthy your family was and the kindness you had shown the Sabari family. They confirmed the tales I once suspected of nostalgic exaggeration - of dining table tantrums and how you and Pototo helped teach Elisa how to read and write. They told me how much respect Don Herman had earned from the workers for being an honourable and compassionate man. "He treated everyone as family", Elisa told me. 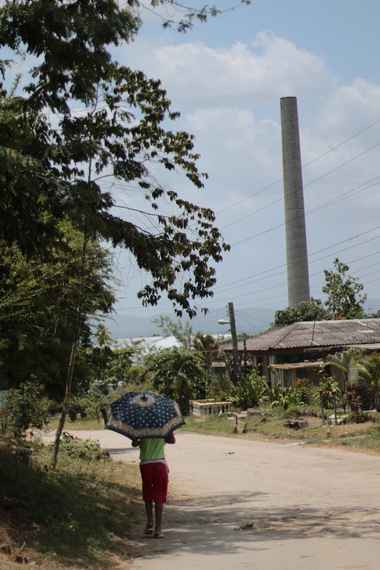 On my return to Miami, you learned for the first time since the revolution, the whereabouts of Elisa and the touching story of how your best friend Pototo - in your honor - named his first son Junior. I told you about the sugar mill - on its last legs, but still operating at limited capacity and how I had seen from a distance, behind a locked gate, the fabled Casa de Ingenio. 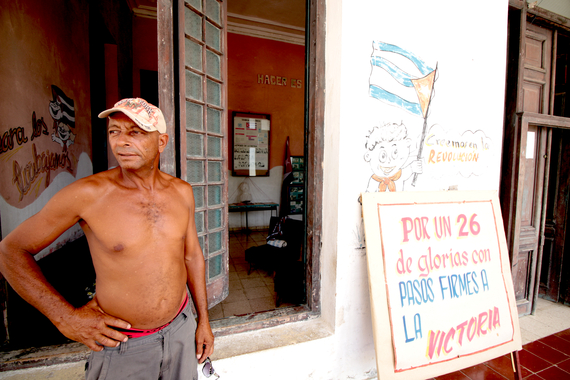 On this trip, 13 years later, your namesake Junior received me warmly, like a brother, and as his family had done on my previous visit. We recalled our last meeting and passed along news of weddings, births and deaths from each others side.I again became the porter of sad news. Elisa died a few years back at 106 years old. To the last day, he told me, a proudly stubborn woman. I also finally had a chance to go in to the grand old house that fascinated my childhood imagination. The house you said I was destined to have been born in - if it had not been for that "son of a bitch" Fidel. 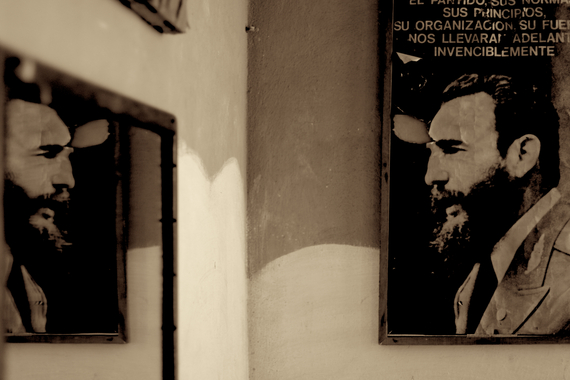 Junior picked up the story where you had left off. He told me about how after you left Cuba, the house was nationalised by the rebels and turned into a "Palacio de Pioneros" - a sort of Cuban version of the Boy Scouts. It served that purpose for almost 50 years before finally being "condemned for habitation" after Hurricane Sandy in 2012. I learned how the sugar mill was nationalised too, and re-named "Central Rafael Reyes" in honor of a Mambise General who opposed US hegemony during Cuba's final battle for independence against Spain. 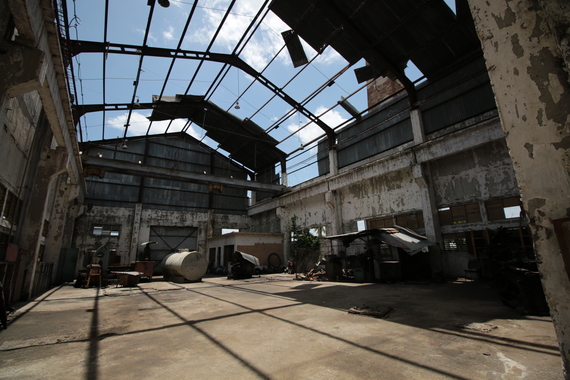 Today the sugar mill formerly known as "Central Union" has been gutted and left abandoned. All of the equipment including the centrifuge your grandfather brought from overseas - now gone. Dismantled and shipped out as spare parts to other sugar mills in disrepair around the country. It was a sad site - but in the crumbling shadows of what was once a sugar empire, I found one thing left standing. The legacy handed down to me and Junior of our divided families and our divided nations. A distance frozen by a cold war and the unforgiving hands of time. 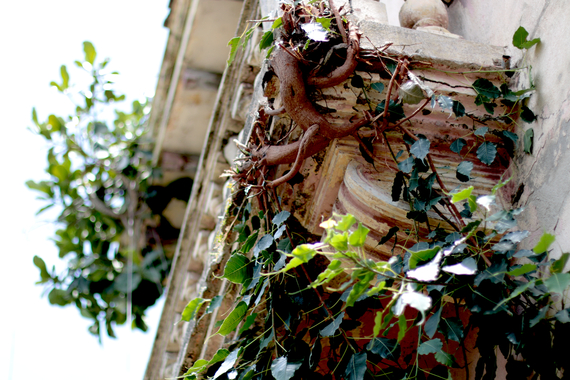 It's kind of funny and poetic all at once. Junior, now 47 (same age as me) went to the Soviet Union to study and graduated with a masters Degree from the Moscow Institute of Physics and Technology around the same time I was there covering the post-coup dissolution of the Soviet Union. 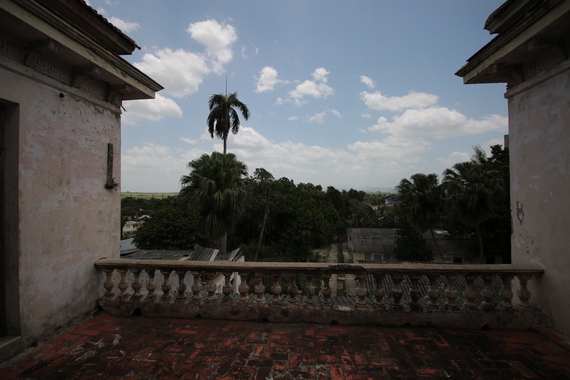 In front of me today was the son of a poor family, descended from slaves, now living megarly as a math professor. I was descended from Spaniards - born and educated in America - but also struggling with the bills in order to continue being a freelance photojournalist. Both of our careers dedicated to education and understanding. Both with modest rewards. We were shocked to find out how both of us were in Berlin around the time when the wall came down. Him on one side, me on the other. He has two kids, both nearly the same age as Gabi and Coco. The similarities and twists of fate left us wandering in thoughts of the bigger picture surrounding our reunion. 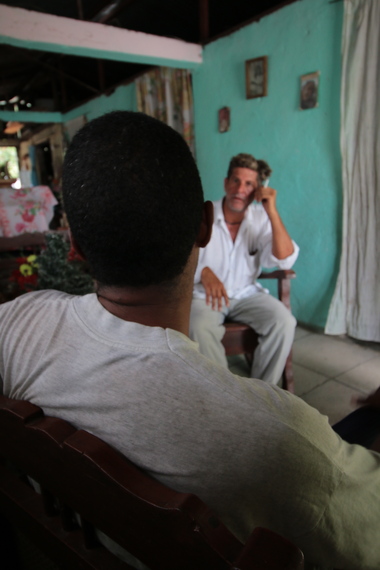 We went on speaking about this common legacy and how the story of our meeting could be told to future generations. A story of family reunification and mutual respect. A "new revolution" of sorts. Not a revolution fought with rifles and secrets - a revolution built on being respectful of lessons from our common past. Something to promote reconciliation, learning and open communication. Between our two families, and our two nations. 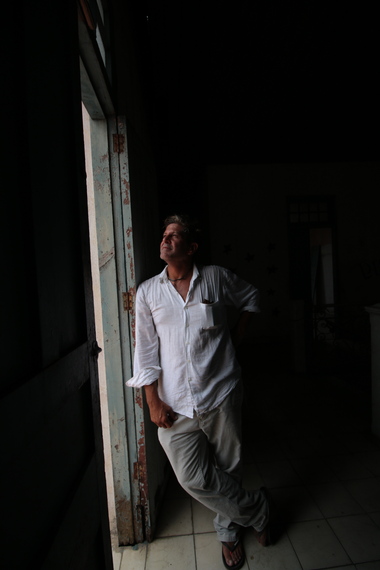 Together in his ramshackle living room, we day-dreamed of a way we could rebuild the old mansion and re-purpose it to serve our respective communities in this so-called era of change. In these days of truce between Cuba and the United States, day dreams come easy for our generation. It was impossible for Junior and I to not fall into grandiose ideas of how this could be done. As always, reality hits dreamers the hardest. How could we find the money and political will? How could we convince each other's families and governments that this is a good idea? 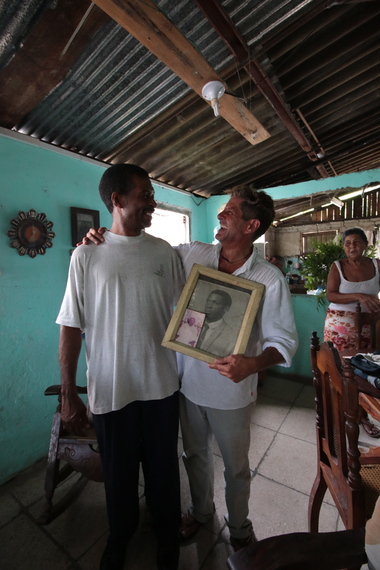 In the end we said good-bye on a hand shake and the promise to find a way to make our dream a reality. I hope someday that you can join me finding fresh ideas and a helping hand on this journey.

With love from Cuba,