You said you needed to do some research to determine whether or not waterboarding is unlawful. I can understand that. Though waterboarding is personally "repugnant" to you, you're just not ready to conclude that it's illegal. You're a cautious, prudent guy. You have to look at the facts and you don't want to expose the administration to nasty lawsuits. OK, Mr. Distinguished Jurist and aspiring top law enforcement officer, here's a little bit of historical perspective to help you balance the scales on this one:

It's clear that for quite a few centuries, the various versions of waterboarding have been considered torture. When in the Dark Ages they poured water into the detainees of the day, it may not have been illegal, but I would venture that even Vlad the Impaler wouldn't have classified the technique as enhanced interrogation. 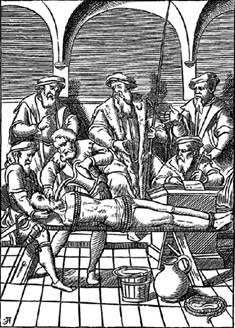 Now, admittedly, we don't want to define torture merely by looking to international standards, so let's review what Harper's Weekly of the good old USA concluded in 1858 about what arguably is a less severe use of waterboarding than has recently been employed by our military: 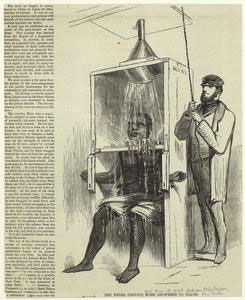 "... We need no longer, it seems, travel to China or Japan for illustrations of torture. A visit to our own penitentiaries and prisons will furnish all the horrors that the curious appetite can desire... The convict, More, was a negro. He is certified to have been a man of naturally pleasant temper, but violent when crossed. On 1st inst. he was said to have been in a bad humor; he was seen, or is said to have been seen, to sharpen a knife, and mutter threats against someone; on the strength of which he was, on 24 inst., seized by several keepers or deputy-keepers of the State Prison, and by them dragged toward the shower-bath for punishment. It seems he stood in dire dread of the the shower-baths; all the water that was in the tank -- amounting to from three to five barrels, the quantity is uncertain -- was showered upon him in spite of his piteous cries; a few minutes after his release from the bath he fell prostrate, was carried to his cell, and died in five minutes. It is this homicide that we this week illustrate."

Moving on to the next century, as you might remember from the Vietnam era, a few US soldiers were court-martialed because of waterboarding. 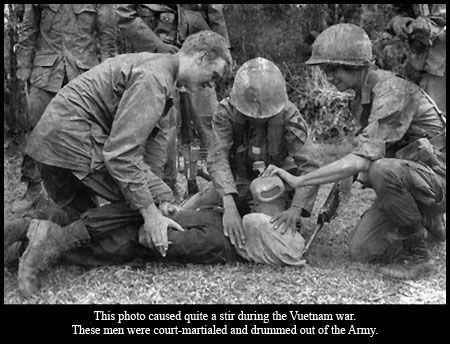 Of course, that was then and this is now. Maybe here in the 21st century moral standards and laws are different than they have been during much of the modern era. Although, it must be said, many highly decorated former US military leaders have registered their dismay about the use of torture by the US. Do you remember that letter [PDF] written just last year by 38 top military officers condemning the mistreatment of detainees by our military?

Judge, maybe you remember General George C. Marshall, World War II hero, the Marshall Plan, etc. This man surely was at least as tough-minded as Michelle Malkin and other torture apologists. When General Marshall was Secretary of Defense in 1950, he wrote these words in The Armed Forces Officer manual: "The United States abides by the laws of war... Wanton killing, torture, cruelty or the working of unusual hardship on enemy prisoners or populations is not justified in any circumstance. Likewise, respect for the reign of law, as that term is understood in the United States, is expected to follow the flag wherever it goes...."

Come to think of it, Judge, maybe your determination on waterboarding won't be that difficult to make after all. Certainly the members of the Senate Judiciary Committee should have a very easy decision on Tuesday - they should vote no on sending your nomination to the full senate.