Someday when you read this, I will be even more ancient than I am right now. Someday I hope very much to be a crotchety old lady who says wildly inappropriate things and embarrasses you by grabbing your father's keister in the retirement community where we live. But for now, I'm only 40.

Everyone says turning 40 is a really big deal but I have not found that to be so. But upon this occasion (and just in case I drop dead tomorrow), I thought I'd tell you what my perspective on life is at this particular moment. Then when you turn 40 and start wondering "Why don't I feel like a real grown-up yet?" you can read this and feel better. Because at least you will realize that your immaturity is in part hereditary. Sorry about that.

Relax, we're all faking it.
This is kind of a big deal, you guys. Because your whole life -- there will always be someone. Someone who you look at and think, did I miss something? How come that person gets to be like that and I have to be like this? Sometimes it's not just a person; sometimes it's a whole group of people. I wasted a lot of time thinking that at any moment, those folks would figure out that I was a big fraud and then they would shun me. It's actually a thing. It's called Impostor Syndrome and lots of people experience it at different points in their lives. So guess what? Turns out it's totally normal to feel like you're faking it. Just do it with good manners and you'll be fine.

Know what makes you happy.
Here's what makes me happy: the three of you. What the tops of your heads smell like. What it sounds like when you laugh so hard you might pee yourself. What you're like right now, what you were, and all the things you're going to be. Your father -- all parts. The rest of our family. Friends who are kind and who don't get mad at me if I forget to call them back right away. Having a big, silly dog. Also Korean barbeque, aged Gouda, and pretty much any kind of dumpling. I know what makes me happy and as a result, I know what's important to me. It's called having priorities and thanks to you, I finally have some.

Don't invite poison into your life.
Did you ever read something and you were like "holy crap -- THAT IS A MOTHERFUNKING TRUTH BOMB"? Terry Pratchett is my favorite writer and he wrote that: "poison goes where poison's welcome." You know that's right. And guess what else? Drama goes where drama's welcome. Pain goes where pain's welcome. Betrayal goes where betrayal's welcome. All these things are going to find you anyway, so for the love of GOD, don't make them welcome. But you know what else? This thought has a bossy older sister and that sister says "light and love go where they're welcome, too. SO MAKE THEM WELCOME." Even when you feel like you don't deserve them, you really do. And so does everyone else.

Simmer the hell down.
I know that you probably think I'm an unrepentant shrieker. But here's a little nugget for your bucket: I have never regretted a single time that I kept my mouth shut, got my crazy under control, and didn't lose my schmidt. But I regret every single time I ever yelled at someone (including you guys). I regret every time I ever unloaded on someone because "they need to hear how I REALLY feel." I regret saying things that made me feel better for about five seconds until I realized they could never be unsaid. I find myself at stop lights, cringing at things I said 20 years ago. The words that haunt me are not the angry ones people have said to me, you guys. Let's just leave it at that.

The universe doesn't give you something without taking something away.
There are a million different ways to say this. Isaac Newton said, "Every action has an equal and opposite reaction." Bridget Jones said, "When one part of your life starts going OK, another falls spectacularly to pieces." And everyone's grandfather ever said, "Nothing comes for free." It's all true. You get married and have kids? You will get so much, but don't kid yourself -- you will have given stuff up along the way. You want a promotion more than anything and you get it. Then suddenly your whole life is about your job. You will do anything to be with that one person or get that one thing or achieve that next gold star... But getting what you want comes with a price (and you usually won't know what it is till long after the fact), so just be prepared for that.

Everything that sucks in your life is there to teach you a lesson.
Take your time, but make sure you try and figure out what that lesson is, because it's always good for you. So when you're lying prone on the floor, surrounded by dirty underpants and Pringles crumbs, maybe stop sobbing "Why is this happening to me?" long enough to ask yourself "Why is this happening to me?"

Value resiliency and not just brokenness.
There was a time when I was young where I felt damaged and I pretty much only identified with people I thought were as messed up as I was. Because they would understand and not judge me. But at some point, I decided to focus on people who are trying to deal with the junk in their trunk and are trying to make things better. Sometimes it takes a really long to time to do that, I think. And notice, I didn't say succeed -- I said try. That's the thing about going through shit in your life. You have to try and wade through it because the alternative is just to stand there, neck-deep in feces. There was a time when I could stand by the people who wouldn't even try to fight their way out, but I can't now. Because I don't want to get sucked in. Now I have priorities. Besides, it's really not your job to fix people. It's your job to love them while they fix themselves.

Understand the power of an honest apology.
Oh my sweet baby condor, I have screwed up so many times. But I try to admit when I'm wrong and I try to make amends for my mistakes. The thing is, though -- you have to really mean it. A disingenuous apology is a very bad thing. It's a lie, wrapped in bacon. But not the good bacon. The kind of bacon they serve in England, that never gets crispy. It's a lie wrapped in flaccid, probably contagious bacon. It's bad.

Gratitude is actually about respect.
I'm not just talking about saying thank you (though saying please and thank you is incredibly important). What I'm talking about is the more Oprah-esque kind of gratitude for the big picture stuff. If you have a family who loves you, if you're healthy, if you have food in the fridge, a job, health insurance, clean water to drink -- be genuinely grateful for that stuff. Be grateful because you are no more entitled to those things than any other human on the planet. And there are millions of good, hard-working people in this world who are desperate for all those things. And it's profoundly disrespectful TO THEM to take what you have for granted and throw it around like it doesn't mean anything.

When you're feeling your worst, when things seem hopeless, there is one thing that will make it better.
Here's the deal: there will always be people who really need help and there will always be something you can do. So pull your head out of your haunches, get your hands dirty and do some good for someone else. This will remind you of who you are and will help repair some of the worm-holes in your soul that come from seeing and feeling stuff.

You can always start over tomorrow.
You're going to make mistakes. You may find there are stretches of your life when you don't like who you've become. You may find yourself listening to the Talking Heads and wondering, "HOW DID I GET HERE?" You may forget to go the gym for about three years. But if you wake up tomorrow and try hard enough to wade through it, you will eventually come out on the other side.

And, God willing, I'll be there waiting for you on the veranda at the retirement community. With one hand holding a refreshing cocktail and with the other, squeezing your father. 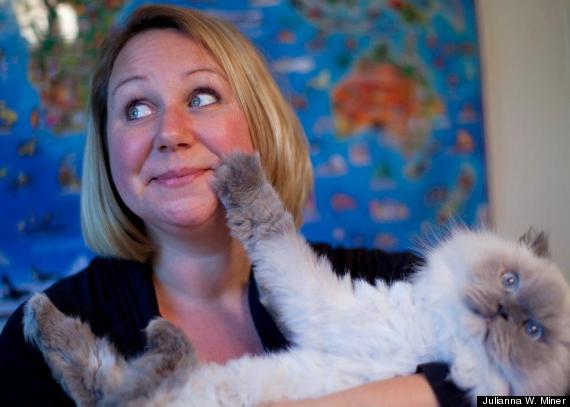