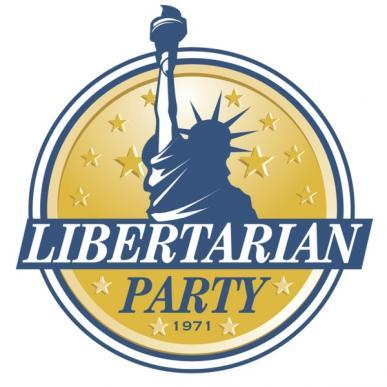 Conventional wisdom says this Congress won't enact a policy that requires companies to pay for the carbon emissions they produce, and that's probably right. The politics are just too hard in 2013. But the underlying logic of that approach is something that's hard to argue with, regardless of where you fall on the political spectrum.

For progressive environmentalists, of course, it's an easy call. We see the threat of climate change and believe government needs to act when there is a danger to society. Making companies pay when they pollute is right, fair, and effective.

But what about libertarians who strongly oppose high taxes and onerous regulations? You might assume that opposing a carbon pollution tax or regulations to limit emissions would be their natural position. But a closer look suggests it may not be that simple.

Libertarians don't oppose all laws or taxes, they just believe those burdens should be limited to what is absolutely necessary. At its core, I think Libertarianism is the belief that individuals and companies should be free to do as they please, as long as their actions don't significantly harm others. For instance, libertarians support rules against murder, arson and theft -- because while those laws might be government restrictions on the complete freedom of the criminal, they are necessary to prevent great harm to other individuals.

In business, I would think the principle is the same. If a business wants to produce something, and customers want to buy it, government shouldn't have a right to interfere. Both sides are willing parties and it's no one else's business. But what if the company is causing harm to an unwilling party, or shifting costs to society? Then they are imposing on the freedom and well-being of others.

It strikes me that libertarians would support the basic concept that a company seeking private profit should also be responsible for paying all the costs of pursuing that goal. No unreasonable restrictions, but also no direct or indirect subsidies. For instance, I assume everyone supports laws that prevent a restaurant from dumping its garbage in the street to avoid paying for a trash hauler. Otherwise, the cost and impact just shifts to the business next door or the taxpayers -- who are not willing parties and do not want to pay to clean up the mess.

How does this apply to climate change and carbon pollution? Under current law, power companies can dump unlimited amounts of greenhouse gases into the atmosphere. That is causing dangerous changes to our climate and creating a huge burden for taxpayers and other businesses. Stronger storms, intensified drought, wildfires and other climate impacts are really expensive. Imposing that cost on others is breaking what I think of as the cardinal rule of Libertarianism: live and let live, and don't burden me without my permission.

Of course, libertarian solutions to climate change may be far different from the ideas suggested by progressive environmentalists. They might prefer giving individuals and companies the right to sue polluters for the cost imposed by their actions. Perhaps they'd want a tax that accounted for the costs to society, but only in exchange for an equal reduction in taxes on income or property. I'm sure there are many green libertarians out there who have other ideas.

Some people, of course, will be uncomfortable with all the options and argue that greenhouses gases aren't really causing artificial changes to our climate. But the marketplace of scientific ideas has spoken clearly and consistently on that point - 97% of peer reviewed studies over decades have supported the fact that climate change is caused by the emissions we're putting in the atmosphere. Ignoring that because the problem is hard to solve isn't a responsible position.

In the end, someone's going to have to pay for the impact of all the pollution, we just have to decide who it is going to be.

Read more ideas and arguments from our staff on EDF Voices.