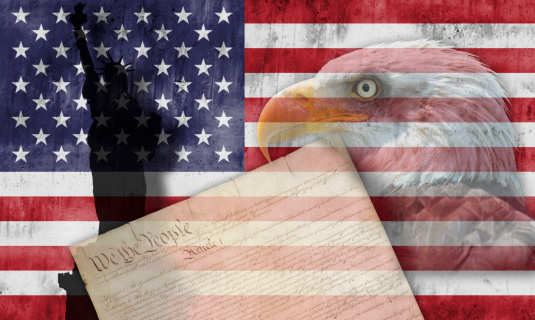 (Photo by angelsimon via Thinkstock)

They say that America is the land of the free. It's a principle upon which our nation was built, enshrined in the First Amendment and the national anthem taught in schools. But as I hiked into the woods to find a place to hide my sacred eagle feathers out of fear of being arrested, I wondered how free we really are.

From a very young age I was told that I had Lakota ancestry, and so it made sense that I grew up identifying as Lakota. Despite having a multiracial background (or so I was told), I identified, like many multiracial children, with what to me was the central piece of the jigsaw that was my ancestral background: I was Lakota. It wasn't a choice; it was simply what always felt right and just made sense to me. It reflected what I was told about who and what I was, my values, beliefs, and experiences, my place in the cultural landscape around me.

As I got older, I learned about how the smoke from natural plants like sage and sweetgrass could purify us, and how the feathers from eagles, so often used in our spiritual ceremonies, could carry our prayers and give us guidance and protection. I also came to learn about a federal law prohibiting the possession of eagle feathers to anyone who wasn't enrolled in a federally recognized tribe. Because I wasn't enrolled, following my culture and spirituality, our Lakota way of life, meant I could be thrown in prison for violating federal law.

For a long time I tried researching my ancestry so I could get enrolled and keep my feathers. But, at the age of 20, I accidentally discovered that I was adopted. I had written to my father's parents, inquiring to see if his side of our family had Native American ancestry, too, and after a long-awaited reunion with my father, they had replied, telling me I was adopted. My father wasn't my biological father; I didn't share my family's ancestry. It was something they thought I already knew.

Discovering that you've been living a lie has a way of revealing who you really are. For a long time, I didn't know if I could still call myself Lakota, if I'd ever be able to legally keep the feathers with which I prayed. But one day, after weeks of depression and turmoil, I looked over at my dresser. On it I saw my eagle feathers. Even after learning I was adopted, I'd never stopped praying with my feathers or going to ceremony. Everything in my life had changed, right down to my understanding about the blood that coursed through my veins. But who I was, culturally, remained the same.

Trekking through the Minnesota woods, I thought about the experiences that had brought me there and of others I'd heard about who had been harassed and arrested for having feathers without being enrolled.

A close friend and mentor, who's not enrolled despite being a nearly full-blood Dakota elder, had told me about how U.S. Fish and Wildlife agents once showed up and searched her home for eagle feathers.

A Lakota spiritual leader in South Dakota told me about how people participating in the Sun Dance, one of our most sacred ceremonies, had been arrested for having feathers and not being enrolled.

Robert Soto, a spiritual leader and Lipan Apache, made headlines after having his feathers seized at a pow wow in Texas, because he was not a member of a federally recognized tribe.

It was little wonder that I lived for years in constant fear. I hid my feathers in my home and prayed with them in secret. Anyone in the Native community could have had me arrested with a simple phone call, so I became more reclusive, isolated. It tore me apart, but I stopped dancing at wachipis (pow wows) and went to fewer ceremonies and community activities. I became fearful of meeting new people, of a knock at my door.

And so I ventured deeper and deeper, past trees, over logs and a shallow creek. My heart raced as I kept an ear out for snapping twigs and voices signaling hikers who might see me, come looking, and turn me in. My stomach churned and knotted.

Once I found a good place and saw there was no one there, I stopped and removed my backpack. The nearby river looked calm and peaceful, a beautiful place to hide my feathers. I took them out, checked the container I'd put them in, then I wiped my eyes and said a quick prayer, asking Tunkashila to keep them safe. Then I buried my feathers under some rocks and dirt, carefully covering my tracks.

As I hiked back out of the woods, I glanced back over my shoulder in the direction of my feathers, wondering when I'd be able to bring them home.

DaShanne Stokes is an author, speaker, and social commentator. He recently completed a memoir about his experiences.