A tale of existential questioning captured in the medium of stop motion, Hendrikus De Vaan's short 4-minute film "Disappear", single-handedly made while on benefit checks, has received acclaim at film festivals the world over. From Danny Boyle to Booker-Prize winning author DBC Pierre, 25-year-old De Vaan's labor of love has sparked attention in the art world, pushing the young filmmaker into the limelight.

Being passionate about films all his life, Hendrikus, known to most as "Harrie", spent most of his childhood with a camera in hand. Growing up on dairy farms in New Zealand and being a high school drop out at the age of 16, life was never quite normal for Harrie, who worked a series of minimum wage jobs before studying make-up and special effects artistry before taking a 3-month course in Applied Film and Television Production at the New Zealand Film Academy, as well as studying at New Zealand Film and Television School.

Harrie already worked in the industry while he was a student, and even missed his graduation party because he was on scene shooting a film. Despite his background in TV and film, Harrie found himself drawn to stop motion.

"I worked on a stop motion animation music video, and after having studied animation, I wanted to do a short film at a high production value. I didn't have any funds, but I figured I could do a stop motion film. Even though I mostly chose this medium for budget reasons, I also preferred to go down this route for aesthetic ones as well. Misha Klein's stop motion film 'Fred' was a huge inspiration to me and blew my mind," Harrie says, "I actually took the plunge and reached out to Misha, not expecting a reply but thought 'what the hell'. He did reply though, and we entered a dialogue, and once I started working on the film he also helped out by giving me feedback."

Harrie commenced his stop motion film from his Wellington bedroom at 22, which he outgrew in 6 months and had to relocate back to his parent's home in Taranaki, New Zealand, building a professional grade studio in his father's workshop. 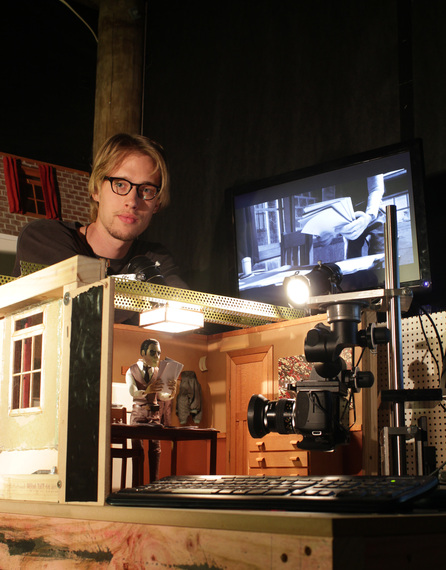 "I was essentially living off benefit checks at the time. I had no money, but I wanted to make the film. I knew I could make it on virtually nothing if I made everything myself. It took me a year to make all the props, scenery myself, I like to do a lot with my hands so I thoroughly enjoyed it, but it was labor-intensive. Then it took a year to do the animation."

"Working without investors or a crew allowed me a very flexible schedule. Having no official production deadline also afforded me the time I required to makeup for the budget that I lacked."

De Vaan single-handedly created "Disappear", with the exception of the music, where he worked with Lily Unsub, a well-known figure in the electronic music scene in Australasia.

"Disappear" makes its guest appearance at the Mill Valley Film Festival in California this week as a finalist in the "Art of Amazing 4K" competition, and the only international entry accepted in that category, but it's not the first time the Netherlands-born animator's work has received acclaim. In August 2014, De Vaan won the young filmmaker award at the Shuffle Film Festival in London, curated by director Danny Boyle, Clio Barnard, Dexter Fletcher and Sally El Hosaini. "Disappear" also screened in the New Zealand International Film Festival, as well as numerous other festivals. 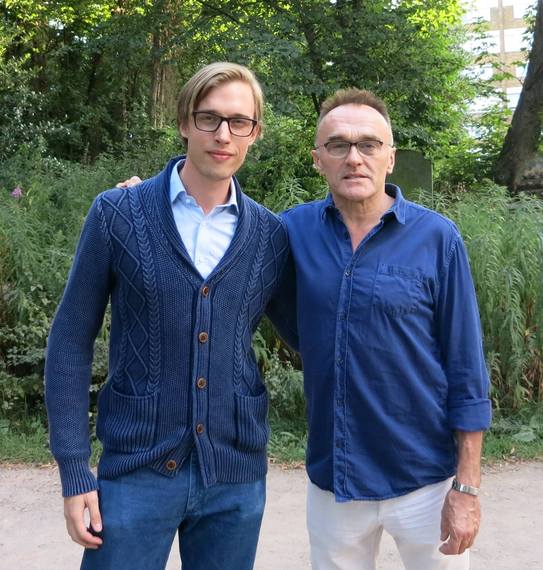 Today he lives in Budapest trying to make it as a filmmaker on a full-time basis. As "Disappear" finds itself on the international film circuit, De Vaan is not only directing a feature-length comedy "Moving Life", but has also secured the rights to direct a feature film based on a short-story by author DBC Pierre. Even though De Vaan's future is bright, the present still remains a struggle. After arriving in Budapest with only his savings to carry him through the beginning of the year, his draw to the Hungarian capital arose from possessing a Dutch passport and a desire to find somewhere cheap to live, ideally with a film industry. However, despite Hungary's low living costs, Hendrikus still finds living the life of an artist with no financial back up to be a challenge at times.

"At the moment I'm in a position where I'm barely making rent, and even though I have so many projects in the pipeline it's a struggle sometimes. When I found out I was a finalist in the Mill Valley Festival, with the opportunity to visit Pixar Studios and network with people in the industry, I was torn because I simply didn't have the finances to go," he says, "But luckily, Tim Young, who runs the 'Young's Society of Outstanding Professionals' organization sponsored my trip to the US last minute. One moment I'm finding it difficult to pay the bills, the next I've suddenly received this sponsorship and I feel incredibly lucky. Some days, I feel my decision in life to pursue this dream means I've jumped in the pool with both feet while drowning a bit."

Hendrikus has an eclectic background when it comes to his experience in the film industry. From working as a grip, lighting technician, make-up artist, animator, actor, director, producer and also from behind the camera has given him an insiders knowledge into various sectors involved the film industry and an ability to communicate effectively with all departments. Not to mention working on "Disappear" single-handedly has equipped him with the vital skills needed to put together a film, all of which makes De Vaan an artist worth looking out for in the future.

"Disappear's" mature subject matter in which "a man must choose to step out of his social and corporate paradigms, to pursue a dream he has kept locked away in his wardrobe for far too long," wins the viewer's interest. However, going beyond the varying interpretations of the film, the story coupled with De Vaan's skill and vision has propelled "Disappear" into the festival sphere, catching the attention of influencers in the film industry.

The short film might only be four minutes in length, but it's a huge step for Hendrikus De Vaan in his journey to become a filmmaker.