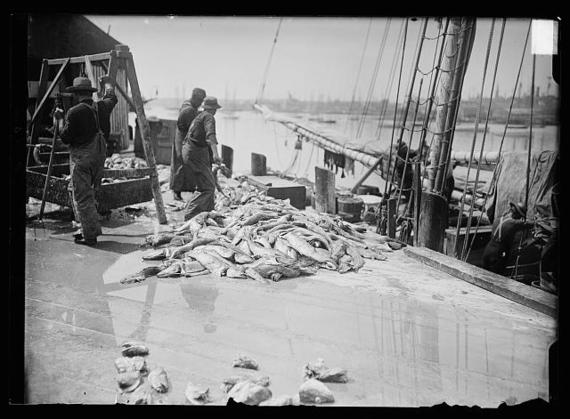 Cod were once so abundant in the Gulf of Maine that they propped up many of New England's coastal economies. Those financial boons, though, came with a heavy price.

Gulf of Maine cod have declined 90 percent since 1982 -- and 77 percent in the past five years alone.

These fish are in a state of emergency. If we don't do something drastic -- and soon -- we risk losing them forever. It's hard to imagine that things have gotten so bad, so fast but that's where we are.

That's why this week the Center for Biological Diversity and our allies petitioned the National Marine Fisheries Service to end commercial and recreational targeted fishing of Gulf of Maine cod. If these fish are going to be around for future generations, and if we want to reserve any possibility that this is a species that we can once again fish for, this is what needs to happen.

In many ways, these cod are a classic example of overfishing. Fished heavily since at least the 1860s, cod were plentiful, tasty, marketable and infinitely catchable. More than a century of intensive fishing took its toll. Drastic cuts in catches failed to reverse the decline. Even a decade-long effort from 2004 to 2014 couldn't get Gulf of Maine cod back on track. Indeed, a federal assessment in August 2014 found cod were at a historic low - surviving at 3 percent to 4 percent of levels deemed sustainable.

So that brings us back to this week's petition to ban cod fishing. There's no doubt this is a tough situation that will affect communities where cod was historically a fish crucial to their survival. Though still valuable, cod's economic importance has waned, replaced by lobster, herring and pollock.

While some New England fisheries have become highly profitable, such as Maine lobster and Atlantic sea scallop, the federal government in 2012 declared a fishery disaster for New England groundfish stocks in anticipation of significant decreases in catch limits in 2013. As a result Congress allocated $32.8 million to the New England groundfish fishery. An agreement between states and the federal government sends one-third directly to fishermen, one-third to states for use at their discretion, and one-third to federal and state representatives to develop a program to pay fishermen to exit the fishery (i.e. a buyout program).

So there's some relief available to the fishing industry and there needs to be more relief for the cod. The ban will give these fish and chance to back away from the brink of extinction, stabilize and hopefully rebuild and thrive.

But before that can happen, we have to admit that what's been done so far isn't working - and then summon the courage to do what we know is right not just for today but for their long-term survival.