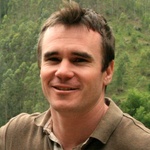 This is a guest post by Andy Bryant, executive director of the Segal Family Foundation

Fall in New York City is filled with glitzy events that occupy many of our evenings- no, not Fashion Week- I'm talking about fundraisers and conferences spotlighting global development challenges like the brutal armed conflict in Syria or the invisible scourge of Ebola.

The cool autumn evenings are warmed by all the hot air emanating from panel sessions and small group discussions. Brilliant ideas and best practices can be had for the price of admission from Boston to New York to DC. But what happens when fall is over- when the last plastic champagne flute is swept up along with the last nametag? Usually we get back to business as usual. Funding or implementing the same tried and tired ideas we had in the summer in our respective siloes.

What if it didn't have to be this way? What if there were ways to pull our heads out of our... respective siloes and truly engage one another to tackle global threats to our humanity?

Could the diverse group of individuals and organizations across the 'Save the World' sector play nice with each other? Could there be more listening, less pontificating? More decisiveness, less declaration?

Such spaces exist and I'll tell you about two of them. Big Bang Philanthropy and Clinton Global Initiative offer our sector the rare space to collaborate and address immediate and monumental challenges facing those in the developing world. For our small team at Segal Family Foundation, the privilege of membership in both spaces is making us smarter, faster, and more decisive in our grant-making towards solutions to Sub Saharan Africa's greatest challenges. Let's take a look at one of the greatest challenges facing us today: the Ebola outbreak.

This week marks 6 months since the World Health Organization (W.H.O.) was informed of the first Ebola virus outbreak in Guinea. Also this week, the Centers for Disease Control and Prevention (C.D.C.) released a study that projects up to 1.4 million people could be infected within four months- a drastic increase from the current case count of nearly 6,000 infected.

What a difference a day can make as cases double every two weeks in a scene straight from Contagion. The people of West African countries where Ebola is rampant- Guinea, Liberia and Sierra Leone- deserve decisiveness not declaration.

Rather than an outpouring of funding, supplies and volunteers, the region has gotten a litany of excuses, notable only for their diversity... We don't fund emergencies... we only fund Asia... we need 4-6 months to secure board approval... Fortunately, there are courageous organizations in the region that refuse to shutter their operations and some responsible funders that recognized them.

Big Bang Philanthropy, which we have been a member of since 2011, is comprised of about a dozen funding organizations united in our desire to find and fund the people tackling the most pressing problems of the poor. We are also united by our relatively small capacities, which push us to share resources and work together.

On August 17th, one Big Bang member who had researched the outbreak and its responders put out a very specific request for funding for a Big Bang grantee- Last Mile Health in Liberia. By the end of the month, the membership had stepped up with funding and connections to still more sources of funds for Last Mile Health. The funding, perhaps a half of a million dollars, was not overwhelming in its size but it was timely. This small group of institutional funders, even smaller as individual funders, leveraged our trust and reciprocity to do what small funders should do best: respond quickly, flexibly, and decisively to our partners needs on the ground.

President Clinton built the Clinton Global Initiative (CGI) with his charisma and vision to create a better community of donors and doers. Donors don't just pontificate and doers don't just compete with one another. Within CGI's platform, members make "Commitments to Action" and work together to take lessons learned during the convening and collaborate with one another to implement them.

At this year's CGI Annual Meeting, several Commitments to Action were made to respond to the Ebola outbreak. Airlines, medical supply companies, and non-governmental organizations came together to offer multidimensional and coordinated plans. Donors have responded with tens of millions of dollars in targeted support in just a few days.

Big Bang Philanthropy and Clinton Global Initiative are, refreshingly, not the only examples of collaboration within the head-scratching cutthroat world of global development. Organizations including the Cordes Foundation's Opportunity Collaboration and the Skoll World Forum are bringing together the finest thinkers to not only talk, but also to listen and act.

My gratitude goes to the doers- especially those in West Africa combatting what is not a provincial African outbreak but a truly global threat.