This time last week, my wife and I were sitting at a café in a small town in France. We went there for a long weekend - a change-of-pace from our hectic life in New York City. We enjoyed the narrow, quintessentially European-styled streets, the French village architecture, the cafés, pastry shops, and small boutique stores. The dollar is strong against the euro this summer, so we also took advantage of that - particularly via inexpensive but delicious French wine, and an array of affordably-priced local tours and excursions.

Best of all: we didn't even have to cross the Atlantic Ocean for our trip! We arrived in this French town only after a short, 45-minute flight from Canada!

No - we were not in Quebec (which, after all, is not part of France!). Nor were we in one of the other French-speaking communities that can still be found in other eastern provinces of Canada - from Nova Scotia to New Brunswick.

We were in Saint Pierre and Miquelon - the only remaining territory of France in North America. Situated on an archipelago just west of Newfoundland in Canada, St. Pierre and Miquelon is populated by less than 7,000 French nationals, and remains an historic remnant of the French Empire in our English-speaking midst. 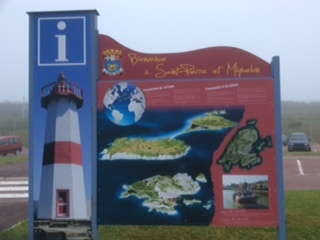 The anachronistic character of the archipelago is key to its allure - but not for any lack of modernity in the physical facilities on the islands. To be sure, Saint Pierre's houses, hotels, shops, and stores are clearly modern, comfortable, and convenient. Rather, it is the unusual history of the islands as a small corner of "La France Outre Mer" ("Overseas France") that is largely unknown to most North American travelers which makes the islands a rarely-considered and, therefore, compelling destination for travelers looking for an "off-the-beaten-path" experience. 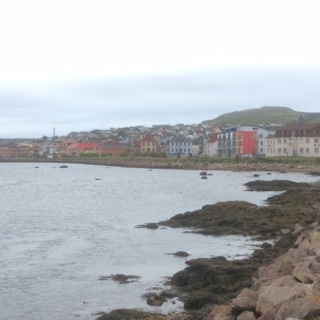 The Portuguese first arrived at Saint Pierre and Miquelon in 1520, but in 1536, the islands were already a French possession that was home to the Mi'Kmaq - a local indigenous population, Basques, and northern French fisherman from the Brittany region of France. By 1713, the territory was ceded to England in the Treaty of Utrecht which ended the War of Spanish Succession, but then returned to France in 1763 in the Treaty of Paris which ended the Seven Years War. In that treaty, France ceded all of its North American possessions to England except for Saint Pierre and Miquelon. During the American Revolutionary War in 1778, Britain retook the islands and repatriated all the French residents back to France. Between then and 1814, the archipelago changed hands between the English and French a few times. In 1814, the Treaty of Paris following the Napoleonic Wars transferred the islands definitively back to France. After a brief re-occupation by the British during the Hundred Days War (March-July 1815), the islands were ultimately restored to France in 1816. Since then until modern times, the territory of Saint Pierre and Miquelon has been part of France. Next year, in 2016, Saint Pierre and Miquelon will celebrate its bicentennial of uninterrupted French sovereignty.

Throughout its history, Saint Pierre and Miquelon principally survived on its fishing industry focused on cod - a staple of the eastern North American region. During the American Prohibition Era (between 1920-1933), the territory unexpectedly also played a unique transit role for both Canadian whisky and French wine and spirits destined for the United States. Top Prohibition bootleggers such as Al Capone and Bill McCoy had operations on the islands during that period, and the Prohibition history of the islands remains a focus for local day-tours in Saint Pierre. Starting in the early 1990's, following agreements between France and Canada, the fishing industry in the territory was severely scaled back to address the acute depletion of fish stocks in the surrounding waters. Since then, the livelihood of Saint Pierre and Miquelon residents has been closely tied to both French national, and territorial administrative bureaucracies, as well as the evolution of the tourism industry in the archipelago.

Our own four-day stay in Saint Pierre and Miquelon between August 5 and August 9 this year was ideal in that it allowed us to really experience all that the archipelago had to offer. We arrived on a quick flight from St. John's, Newfoundland on Air St. Pierre - the dedicated airline serving the islands that offers regularly scheduled flights from St. John's, Halifax Nova Scotia, and Montreal Quebec. 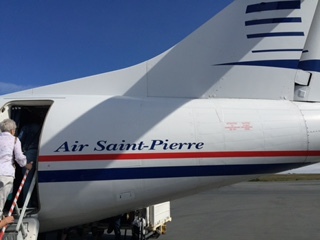 The islands are also accessible by car via a ferry from Fortune, Newfoundland - a 43 kilometer trip.

There are a variety of hotels available in Saint Pierre for tourists who want to spend a few nights exploring the islands. However, with only 130 guest rooms available in Saint Pierre in total, tourists need to book in advance - particularly during the peak summer months. Airbnb does not yet have offerings in the archipelago, even if locals confirmed that this will likely change in the near future. As such, pre-planning for a trip to Saint Pierre is essential. We stayed in the recently renovated, and very comfortable Hotel Robert, just facing the port of Saint Pierre. Howver, several other options exist as detailed on the Saint Pierre Tourism website. As is the case in European France, businesses - including most cafes and shops - close during the summer months between noon and 2PM, and then re-open until about 6PM. Given Saint Pierre's small size, tourists should also book dinner reservations in advance during the peak summer months at the limited number of restaurants on the island.

Despite its location in North America, Saint Pierre and Miquelon is very French, and the language spoken by the locals is the French of France - not the Quebec-accented French spoken in Canada. Nevertheless, the proprietors and service staff in most of the hotels, restaurants, and stores in the territory can communicate in English, particularly given that the heaviest tourist traffic comes from Canada and, to a lesser extent, The United States.

Some of the places we visited and activities that are not to be missed include:

The Musee Heritage - housed in a century-old building in the center of Saint Pierre, this museum offers a full explanation of the history of the territory.

The Saint Pierre Pointe Aux Canons Lighthouse - jutting out into Saint Pierre Harbor, this lighthouse punctuates the maritime character of Saint Pierre. Standing just next to the lighthouse, visitors have a great visual perspective of the town, as well as the Île Aux Marins (Sailor's Island) on the other side of the harbor. 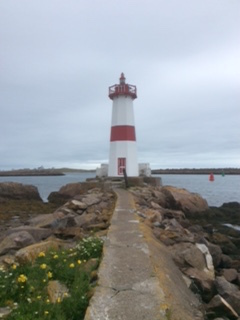 No visit to Saint Pierre and Miquelon would be complete without visits to other key islands within the territory including:

-Visit to Miquelon and Langlade - accessible for day trips from Saint Pierre via the one-hour "Cabestan" Ferry from Saint Pierre, or a ten-minute flight (via Cessna) on Air St. Pierre. Once in Miquelon, the tourist office in the center of town can arrange a variety of local tours, including to the island of Langlade which is connected to Miquelon by a narrow isthmus. For those who want to explore Miquelon and Langlade on their own (as we did), daily car rentals are available from the home-improvement store, Marcel Girardin, which is easy walking distance from the Miquelon port. With a car, you can explore Miquelon and Langlade's spectacular natural scenery, including beaches, cliffs, and hiking areas. 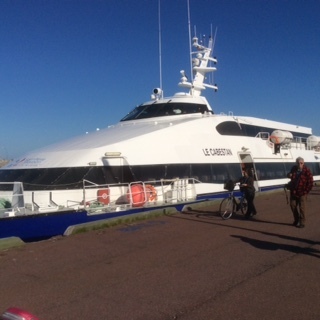 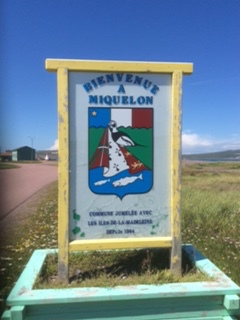 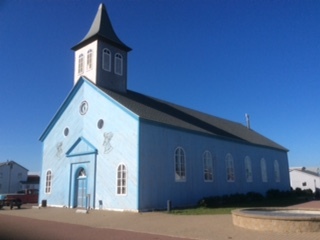 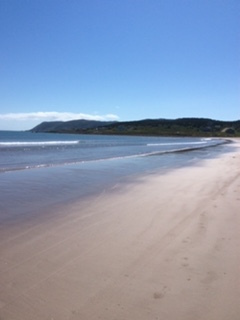 -Visit to the Île Aux Marins (Sailor's Island) - a few minutes across the bay from Saint Pierre by boat - to learn about the fishing heritage of the territory over the last two hundred years. 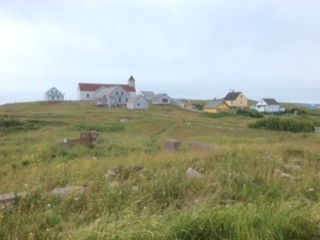 We had quite a few wonderful culinary experiences in Saint Pierre including: 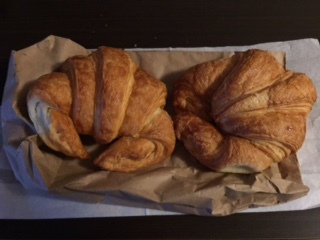 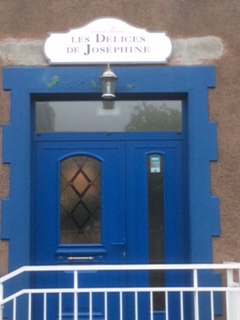 This eatery is appended to a beautiful boutique hotel in Saint Pierre called Nuits Saint Pierre which is well worth checking out for a stay in the territory. 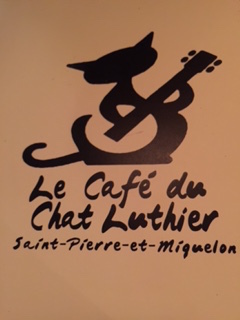 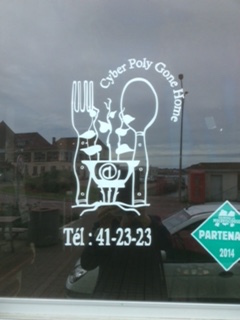 -When visiting Miquelon, don't miss the café/crafts shop, Art Passion, one block north of the Church in the Miquelon downtown square. 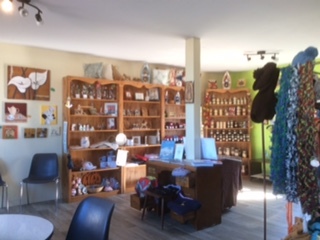 Veronique, the café/shop manager, was very helpful and informative in providing interesting perspectives on the islands of Miquelon and Langlade.

Next year - 2016 - is an ideal time to visit Saint Pierre and Miquelon during the territory's full-year celebration of the bicentennial of French sovereignty. The festivities begin in the archipelago in November 2015 with an historical symposium about the French history of the area, and continue through the end of next year with a variety of monthly events. On June 22, 2016, the territory will re-eact the ceremony by which the islands were given back to France by the English in 1816. 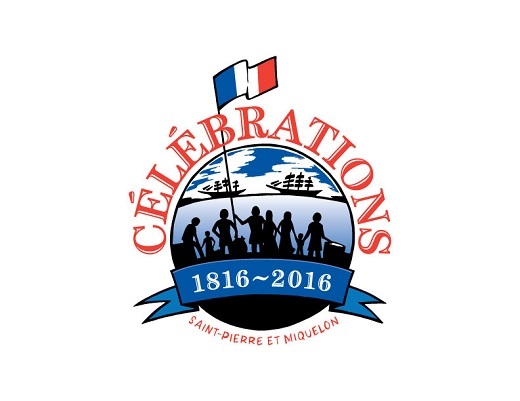 According to Patricia Detcheverry, the President of the local association, "Celebrations 1816-2016, Saint Pierre et Miquelon," next year will comprise 12 months of festivities recognizing 200 years of Saint Pierre and Miquelon's unique role as an enduring manifestation of French culture and society in North America.

St. Pierre and Miquelon is certainly not a typical tourist choice. Even in the peak of summer, the daily weather can be erratic, ranging from sunny and quite warm, to foggy and very cool. It is also not a prime consideration if you are exclusively seeking to unwind on a beach, or enjoy a full range of resort-like activities. However, for the discriminating traveler looking for something different that combines an international flair with rich history and natural beauty, the territory is a "hidden gem" among North American tourist destinations.

US Presidential Election 2020
Breaking news, analysis and the latest polls on the presidential race from HuffPost’s politics team
See More
Voting Made Easy
Register to vote and apply for an absentee ballot today
Register now
More:
newfoundlandFranceProhibitionCanada Travelfrench history
Newsletter Sign Up
An essential daily guide to achieving the good life
Subscribe to our lifestyle email.
Successfully Subscribed!
Realness delivered to your inbox