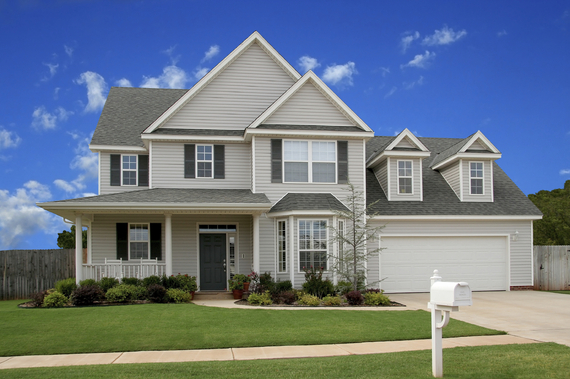 The National Association of Home Builders conducted an extensive study in 2015, interviewing 4,300 recent and prospective home buyers to determine the differences and similarities in housing preferences among the generations. The study uncovered key variances between desired size, features, and layout amongst seniors (born 1945 or earlier), baby boomers (born 1946 - 1964), Gen Xers (born 1965 - 1979), and millennials (born in 1980 or later).

Size of the Home
Many people want a different size home than what they currently have. Whether they want a bigger or smaller home, however, depends on their age.

Number of Rooms
The older and younger generations go in opposite directions again when it comes to a number of rooms in a house. Both Gen Xers and millennials want four or more rooms in their homes, while seniors and baby boomers are quite satisfied with three.

Number of Floors
Again, the older generations prefer the opposite of the younger generations, with 75% of baby boomers and 88% of seniors looking for homes with only one floor. Less than half of millennials and Gen Xers share the same preference. When you consider the physical challenges that arise as people age, making stairs a difficult obstacle, it makes sense that so many of the older generation prefer single-floor living.

Foyers
Stylistic features in the home vary across the generations as well. Both seniors and baby boomers aren't too enthralled with two-story foyers and family rooms, with this feature appearing on the most unwanted list for both generations.

Outside
Millennials like having the option of extending their living areas into outdoor spaces. They were the only group that ranked three outdoor spaces in their top 10 list: a patio, front porch, and deck.

Similarities
Even with all these differences, you'll find some similarities in preferences among the generations with all generations preferring a single family detached home.

Many new home builders such as Legend Homes in Houston, TX report that a large percentage of their home sales over the past two years have been to millennials moving out of city centers and establishing roots in new home communities in the suburbs.

Laundry Room
Everyone wants a functional laundry room, and everyone wants it on the first floor. All generations rated this feature high on their preference list with baby boomers, Gen Xers, and millennials actually ranking a first-floor laundry room as their first most wanted feature.