The six episode reality series features an inside peek "at the world of competitive ballet," including day to day rehearsals, the drama of company romances and the excitement of main stage performance, all while highlighting the sacrifice and discipline it takes to look "perfect" for the audience.

Allison DeBona is one of the seven featured dancers on the series. Here's her look back on Breaking Pointe as we approach the season finale. 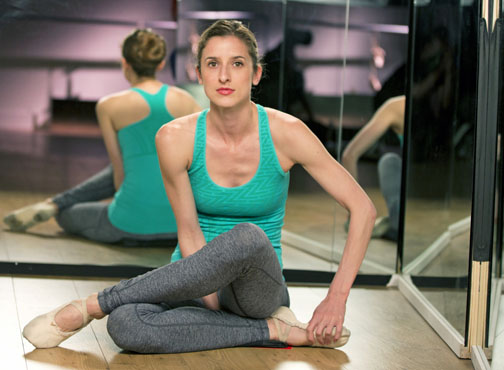 Allison, it's been said that ballet is having "a mainstream moment." Jane Tranter, the head of BBC Worldwide Productions, said when the movie Black Swan came out she knew "the time was right to seize upon the new awareness of ballet in popular culture."Do you think the show has succeeded in making ballet more accessible - and more appealing - to the general public?

As ballerinas we are taught to make our art form look effortless, which, in my opinion makes ballet seem unattainable. When watching Breaking Pointe the general public gets to see how hard it really is for ballet dancers and humanizes what we do day to day. That alone makes ballet more appealing because people can relate to the "blood, sweat and tears" shed. It makes them want to see us live, which is our ultimate goal.

Do you feel the show is a good thing for ballet? Some ballet enthusiasts feel strongly against "commercialization" of the art.

Ballet has a beautiful history and it must maintain its integrity. However, ballet is a dying art form and if going "mainstream" helps to revive ballet then I stand by this show and what we are doing. Ballet companies are downsizing and even worse closing their doors in many cities. We felt it was time to take a chance at something new because the old isn't cutting it anymore. Breaking Pointe is different, but we believe that is a chance to bring ballet into the 21st century and I think it is doing just that. 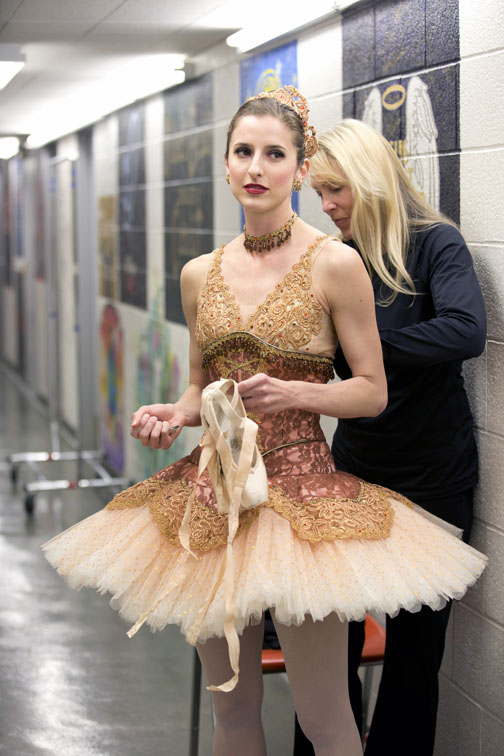 I hope that Breaking Pointe helps to increase ticket sales for not only ballet companies but all performing arts. Nothing surpasses seeing a live performance and Breaking Pointe is getting people excited to see live theater.

In retrospect, are you happy with the series? If the show is renewed, would you like to see any changes to its content and/or how you were portrayed?

I am happy with the series and how I am portrayed. It's not easy to wake up every day and beat myself up physically and mentally for ballet, but I do it because I love it. I'm not trying to be the best at Ballet West; I'm trying to be my personal best. I've sacrificed a lot to be successful at ballet. If that comes off as "bitchy" that's OK because to me ballet has gone beyond just steps. It has become something personal. I've been criticized for taking it too seriously but I've fought tooth and nail to get to where I am today, so for me...that is serious.

If you could do it all again, would you have said yes to the filming? It couldn't have been easy being followed all day by a film crew!

Of course I would do it again! I am hoping for season two because I know there is so much more I can offer.

Do you see yourself remaining at the company? What is your ultimate dream job?

Being a professional ballerina is my dream job. I've thought about being on stage for as long as I can remember and it is impossible to show how grateful I am to be doing what I love. People come to see us perform to escape from their lives for a few hours and knowing that I am making people happy is the most gratifying feeling in the world. I hope I remain dancing for as long as I can.