In the moments after delivering the biggest speech of her political life, when the balloons had finished falling and the upbeat music had faded out, Hillary Clinton headed backstage at the Wells Fargo Center in Philadelphia. She had just become the first woman nominated for the presidency by a major party and the convention was about to close. But before she left the arena, she took her husband’s hand and they huddled around a television monitor with her running mate, Senator Tim Kaine of Virginia, and his wife, Anne.

The group stood in silence, watching a feed from the convention platform, where the Rev. Bill Shillady was to offer the final benediction, drawing from a refrain familiar to most Methodists, including Mrs. Clinton. “Do all the good we can, by all the means we can, in all the ways we can, in all the places we can, at all the times we can, to all the people we can, as long as we ever can,” said Mr. Shillady, a Methodist minister who had buried Mrs. Clinton’s mother and married her daughter. The Democratic candidate wiped her eye. 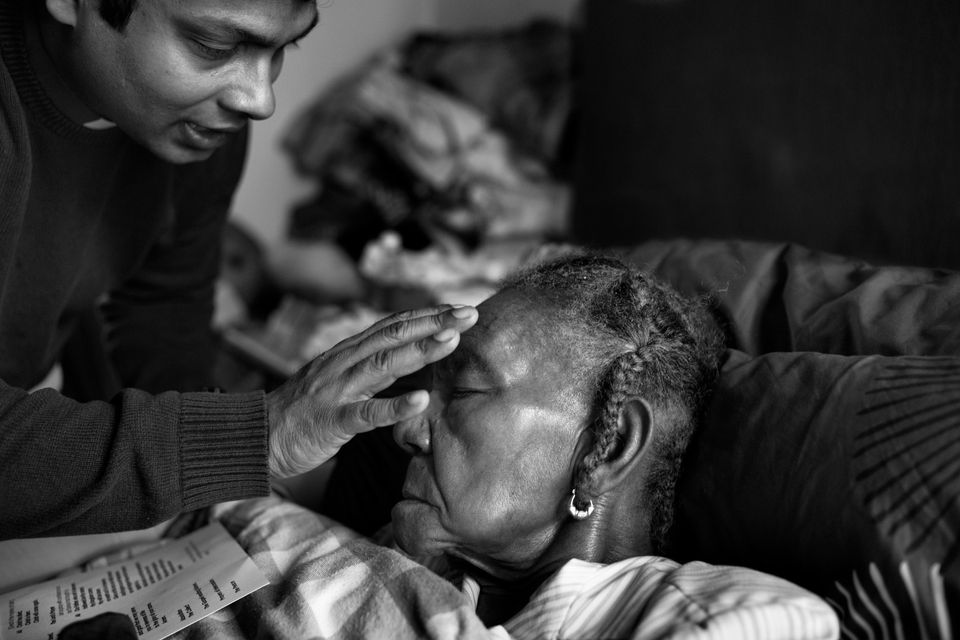 1 / 10
Floris
*First Place Winner*<br>The elderly woman in this photograph, Floris, is too weak to attend worship services at church. She receives communion at home from her local vicar. The judges called this photo an "exceptional portrayal of faith in action."
Jim Grover