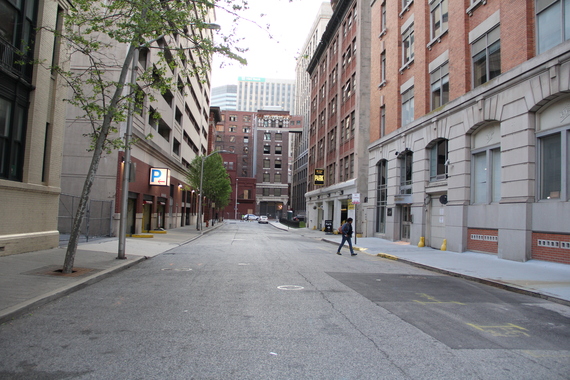 You have been a city heaving with history since the 1600s and you shall overcome. The April 2015 protests were not your undoing. The protests prompted a new era where social injustices stumbled into the national spotlight, knocked over an LED or two, and, even now, the Twitterverse remains on fire: 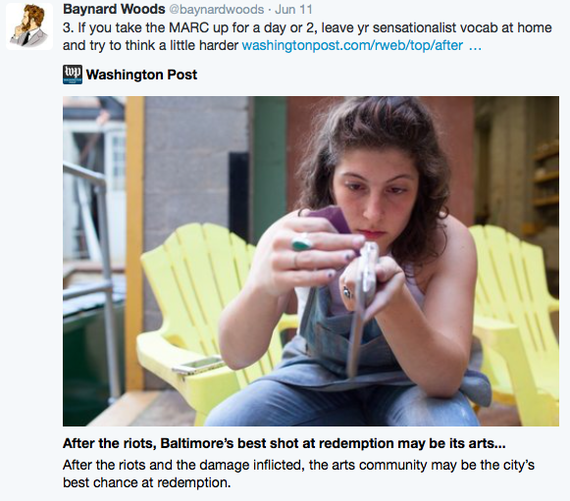 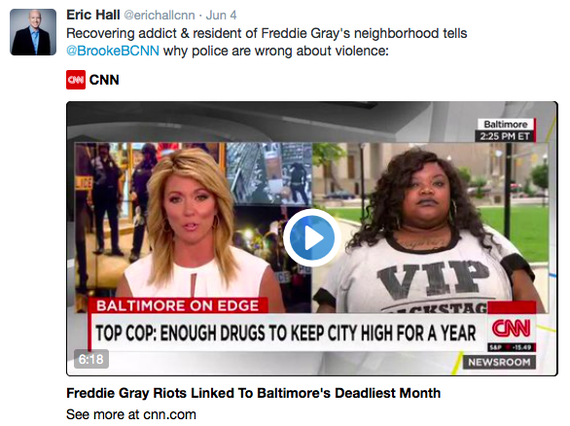 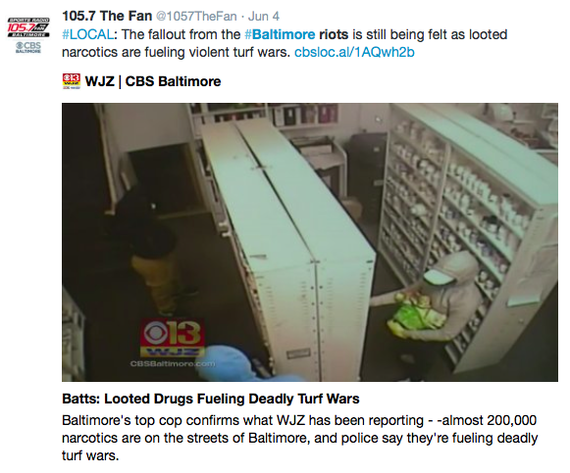 Once you were one of the colonies' grandest urban centers from Philadelphia to Charleston. The Second Continental Congress sought your refuge and hospitality. You were the home of the first Roman Catholic Cathedral in the United States and George Peabody, the business titan and eventual philanthropist who inspired Andrew Carnegie's generosity. Within your borders, the B&O Railroad was chartered, the Baltimore Sun was founded, Johns Hopkins University was established, Thurgood Marshall was born, and the Orioles and Ravens have enkindled pride in the hearts of fans for decades.

We in Washington have depended on your industry, your entertainment, your real estate, and your sweet slower pace, and relished it all. Though no place is free of ugliness, you, Baltimore, are not an ugly place; you are a place of hope and beauty, including beautiful imperfections. You are far more Charm City than The Wire.

Nearly two months later, we are not grateful for the protests but we are grateful for the conversation. Continue to open your mouth and we shall open our ears. You are not our forgotten sister.