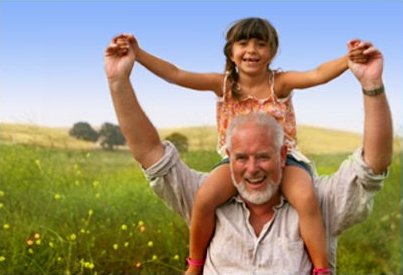 Muslim men are boxed in between the angry terrorist and rampaging, honor killing father with no space in between for nuance or celebration. And yet, there is a disconnect between these extreme depictions of Muslim men and what I -- and most other American Muslim women I know -- have experienced directly.

All of my life, Muslim men -- from my father to my uncles, from my cousins to my friends -- are the ones who have nurtured, supported and protected me. They've cheered every success, inspired me to push higher with my personal and professional ambitions, and believed in me even when -- especially when -- I did not believe in myself.

I'm married to an utterly irresistible Muslim man who makes me laugh, respects and cherishes me as an equal partner. I'm the mother of a Muslim son whom we are raising with the Islamic values that will make him a strong advocate of women's rights, just like his father and the other Muslim men in my life.

So this Father's Day, I'm writing a love letter to Muslim fathers.

I'm inspired by my own husband's beautiful journey into fatherhood, and by a lovely Jewish friend who came to a book reading for the anthology I co-edited - Love, InshAllah: The Secret Love Lives of American Muslim Women -- and told us that what she found most moving about the 25 non-fiction stories about Muslim women's search for love was the nuanced portrayal of Muslim men, particularly fathers.

I begin this love letter with my own Pakistani-American father, who raised three strong, independent daughters, encouraged us to pursue our professional goals, and who made space in his heart for the Albanian-American man I told him I wanted to marry. Though no other woman (or man) in my huge, extended family had ever married someone who was not Pakistani, my father listened to my perspectives and made room for my desires even when they were different from what he had imagined for me.

To my co-editor Nura Maznavi's father who is not comfortable with some of the stories in the anthology that deal with sexuality. Yet, despite his reservations, he supports his daughter's achievement in helping to create a more inclusive space for Muslim women's diverse voices by passing out our business cards to everyone he meets, and bringing home copies of the book from his patients and colleagues for Nura to sign. And, as a South Asian-American father in a community often divided by race, he welcomed his African-American son-in-law with open arms into his family based on his trust in, respect and love for his daughter.

To Suzanne Syeda Shah's father, a gentle, loving and devout Muslim man who, before his untimely demise, not only inspired her to pursue a life of service through the medical profession, but became the role model for the humble, sincere and dignified qualities she eventually sought in her own spouse.

To the fathers of other Love InshAllah contributors like Leila Khan and Zahra Noorbakhsh who engaged with their daughters when they broached the subject of moving in with their non-Muslim partners. Far from the death or dismemberment some would have you believe is the norm in Muslim communities when a daughter brings home someone from a different background or faith, these fathers found a way to balance their own religion, culture, and personal wishes with the happiness, agency and autonomy of their daughters.

And, finally, to the father of Najva Sol. Sol writes movingly in Love InshAllah about coming out as a lesbian to her orthodox Iranian-American Muslim parents. She fears anger or disownment, but is instead greeted first with bewilderment, and, then, acceptance. It is ultimately Najva's happiness that her devout Muslim father desires the most.

These are the Muslim men I know, that the over 200 women who submitted stories to Love InshAllah know, and that the thousands of Muslim women in our collective personal and professional networks know.

These are the Muslim men -- fathers, sons, and brothers, your neighbors, friends and colleagues -- that Muslim women love, and who are now telling their own surprising and compelling stories in the newly-released anthology, All American: 45 American Men on being Muslim.

So, to all these special Muslim fathers and to the many, many more out there: Much love to you this Father's Day -- and always.