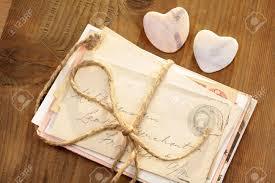 Most of what I used to write was fiction. Inventing, stealing, and playing pretend. I read three novels a week, sinking into other worlds, other possible lives not my own. It was a way to escape myself, my life, all that I had failed to do. I could be anyone in my stories, anyone but me: a Ukrainian prostitute, a Polish home health aide, a sideshow freak. Those lives could be written as more meaningful than mine. I was sick--bipolar and anorexia taking me down--and trying to die for so many years, that I had no hope for my story. Words brought clarity, meaning, and shape to my disintegration.

But then I began to get well, to surface from the black swamp of despair, and to imagine my own possibilities again and make meaning out of my life. It didn't have to be about ending, but about redemption. And writing fiction no longer seemed as important as writing my truth, writing about vulnerability and pain, about rising up from the ash heap of the self and gaining altitude again with wings that were in tatters but still beating, still lifting me into the trade winds.

So I write what I feel and know about my experience in the world. This is me. I offer myself to you, Dear World. Be gentle or fierce, it's worth the risk because the days have sharp edges now, and the hair on my arms stands on end, and my vision is acute, and I can hear my heart beating in my ears. I am permeable and the world rushes through me.

I used to ride horses at a stable that rescued abused horses. One afternoon, a new horse was alone in the paddock, galloping across the field and skidding to a stop at the fence line. Over and over. I thought it was playing. What's the word? Frolicking. My instructor, Lee, corrected me.

"He's wicky wacky," she said. "After all the abuse, he's terrified of being out there alone. He's going to hurt himself rushing the fences like that. Watch this."

She disappeared into the barn and returned with Chandi, a horse who had arrived skittish, but after long hard work, was now calm and reliable. She released Chandi into the paddock. The new, wild horse trotted over and immediately settled, nickering softly to Chandi as if in gratitude. No more wicky wackies.

Do you know that if you take one single heart cell, a myocyte, and place it in a petri dish by itself, it will go into arrhythmia, lose its steady rhythm and beat wildly? Wicky wacky. But if you take another heart cell from any other person's heart in the world, and put it into the petri dish, the cells will immediately start to beat in rhythm together? As long as the beating cells do not touch each other, they beat at separate speeds. But when they touch? The side-by-side cells form interconnected sheets of cells, and beat as one.

That's what it is like for me. I get wicky wacky when I'm rushing fences alone. It's why, when I feel an intuitive connection with someone, a shared rhythm, I leap into that relationship. It's how all my close friendships are: steadying, transparent, defenses lowered. Just seeing and knowing and accepting and hoping for each other. It's why my marriage was a spectacular failure--we fell apart, cells in separate petri dishes, no interconnection, no shared rhythm.

You said, as if in astonishment, "You don't wear your heart on your sleeve. Your heart is your sleeve." A few years ago, though, I was guarded, defended, remote, and inaccessible. My ex-husband once said (granted in the middle of my bipolar collapse), "Your misery exhausts me." Death seemed better than failure, seemed better than life inside death. But coming through all that? The worst that life could throw at me?

Risk, real daring is not jumping off the bridge but walking across the bridge to the unknown shore on the other side. Allowing myself to be seen--stripping all the way down to truth and longing and fear and tender, terrifying hope. In The English Patient, Michael Ondaatje writes, "The heart is an organ of fire." And it's true, isn't it? The heart is not just there to help oxygenate and circulate the blood, but to quicken a thrilling rhythm, to throb in our ears, to push against our ribcages, burning us from inside with all that we feel and want. It reminds us that we are alive, yet, that we respire and are inspired, circulating ideas and words and sounds throughout our bodies, asking us to take necessary breath, to swallow language and love. And to be a little less alone in the petri dish, and a little more in syncopation, and yes, in love with each other.

Love, with love, in love,
Me