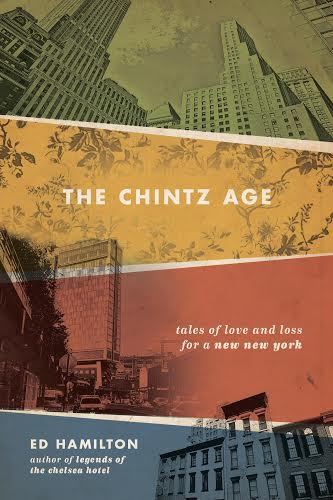 By the time you finish reading this post, a beloved New York City institution -- whether it's a second-hand bookstore, a bodega, or a long-running rock club -- has closed down due to expensive rents. It is a symptom of gentrification that has been linked to the transformation neighborhoods and the displacement residents and business owners. Add that with a growing homeless problem and it feels like the character of New York City is changing, but for the wrong reasons.

Author Ed Hamilton (Legends of the Chelsea Hotel: Living With the Artists and Outlaws of New York's Rebel Mecca) has observed those changes in the Big Apple as a long-time resident of the famed Chelsea Hotel, which in its heyday was a haven for many famous artists, musicians and writers: among them Dylan Thomas, Arthur Miller, Bob Dylan, Dee Dee Ramone and Sid Vicious (The hotel in recent years have had its issues, particularly between tenants and management). Hamilton's latest book, The Chintz Age: Tales of Love and Loss for a New New York, is a collection of seven short stories and a novella set in the current climate of gentrification. Though their unusual situations differ in the book, Hamilton's quirky characters face similar challenges in adapting to the changing times in the city: the idealistic bookstore owner who faces giving up his business space; a photographer who is moving to Connecticut after living in her Lower East Side apartment for many years; and a middle-aged man reminiscing about his late girlfriend and their younger days in downtown New York City during the '70s. While it addresses larger issues, The Chintz Age is also a tribute to these characters who embody the spirit of the average New Yorker.

In this edited interview, Hamilton talks about the inspiration behind some of the stories in The Chintz Age and his thoughts on the future of New York City and gentrification. 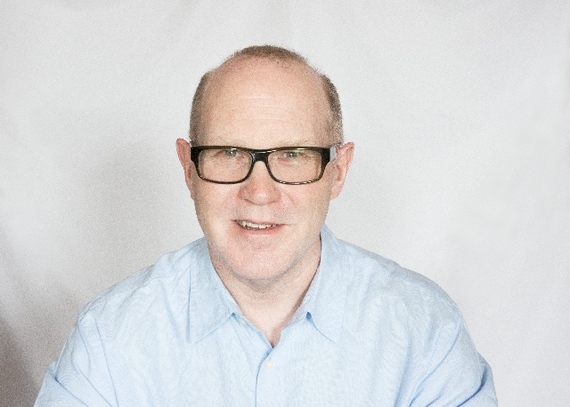 What inspired these stories in The Chintz Age?

It coincided with the [Chelsea Hotel] getting taken over by developers and we were in a struggle against them...we're still going through with it. A lot of people were evicted, mostly artists in our case, but it's like a city-wide phenomenon, too. I struggled a lot with what we were going through and I wanted to look at the human dimension of what's often presented as rather the abstract issue of gentrification. I wanted to try to show how it was affecting ordinary people. That's why I settled more on the fictional stories rather than something more like [the non-fictional Legends book], so I could look inside what was happening to the people who are involved in the struggle.

Were these based on your own experiences?

I lived with all these artists and creative types for 20 years now, so there's a lot of them in these characters. Some of these struggles are individual, that I've seen people go through, like getting evicted from their house or losing their store--but also they seem universal to me. Certainly there's a lot of me in these characters, too, since I'm a writer. It's also a book about my own personal struggle: growing older and the struggle to maintain relevance in a city that seems hostile to the arts, and to ordinary people in general.

There seems to be a common thread that these different characters share.

I wanted the book to be about the human dimension of gentrification, and how there's a human fallout from this war against the people or against affordable housing. It leads to people looking at their lives and what they've done with them and how they tried to do their art all these years. In the past, the city seemed more welcoming to the arts, but now it just seems hostile. I'm trying to express how this leads to a re-evaluation of their lives: 'Has my life really been worth anything?' 'Am I still of value?' 'How can I live moving forward?' 'How can I continue to create?' I think also one of the things that I examine is that it kind of leads to a betrayal of ideals in some cases, like people doing anything to hang on to their apartment or shop.

It's sort of like what happened to Greg, the bookstore owner in the one of the stories titled "Fat Hippie Books."

What I was trying to express is that. That gets back to the betrayal of ideals. He's always been a rebel. But then it became so important to him to hold on to this little corner of the city that maybe he didn't look what was happening around him.

Another story in the collection is "Westside Hotel," which is kind of a seedy establishment. Was that inspired by the real-life Chelsea Hotel?

Certainly there's some aspects of certain characters who lived here [at the Chelsea] that are in the main guy and the various clerks, and even the drug dealers. I wouldn't want to say they're based on any people. They are kind of composites. A lot of things that went on around here kind of paralleled that. We had prostitution here, we had drug dealers living here. The Chelsea Hotel was kind of like that--maybe it's a bit of an exaggeration--but certainly some aspects of that.

In the novella, "The Retro-Seventies Manhattan Dream Apartment," the plot revolves around a woman and her girlfriends scheming to take over her boyfriend's rent-stabilized apartment. Does that happen in real-life?

Actually that happens a lot in the [Chelsea Hotel]. With all the confusion that went along with the developers taking the place over and everything, there were people who were moving in and trying to establish residence in various ways, like that 30-day rule: if you're in there for 30 days, that gives you a better claim. Or if you're in an apartment with another person--if you're living there as their lover--they just can't throw you out. Over the history of the hotel, that's the way people have scammed there way into there.

Given what has happened in New York City with gentrification, has the city lost its soul in some sense, or are the ideals that made it so unique still there?

As far as the soul of New York City, I think there's plenty of people around who are still creative and trying to make it in whatever way they can. And I think that's the part of the message of The Chintz Age: just try to hang on to your own little corner as much as possible. People in the arts--writers, artists, journalists--they're gonna be the conscience of whatever society this rampant development finally leads to. I still think there's hope. However it's gonna come, I have no idea.

What do you hope people will come away from the book?

It's kind of a prayer for resistance. In order to resist this gentrification, you don't have to be an activist. You don't have to get out there and protest. All you have to do is hang on to your little corner of the city and be a creative artist in the best way you can. Maybe the cycle will come around again. And eventually maybe these glass and steel towers--the rich people won't want to live there anymore, and they can be converted to affordable housing for people in the arts. Wishful thinking, probably, but who knows.

The Chintz Age: Tales of Love and Loss for a New New York by Ed Hamilton is published by Cervena Barva Press. You can also check out the author's blog, Living With Legends: Hotel Chelsea Blog