Question Everything, Believe in Something

The life of a skeptic can be lonely. While it feels like everyone around you is covered in a heavy blanket of certainty, you're alone with your doubt. I used to wonder if something was wrong with me. Was it a lack of confidence? Lack of faith? Lack of heart? As an adult, I now know this is just who I am, down to my bones. And honestly, I wish more people were like me.

There, I said it. Now hear me out.

As a general rule, the easy answers are wrong. There is nuance in nearly everything -- politics, work, and even love. But American culture glorifies certainty, and life is nicer when you can neatly divide issues, concepts and people into buckets of right and wrong, good and bad. This comforting worldview is a dangerous oversimplification, and deep down, we know it is as fragile as a long, thin glass vase. The slightest wind of reasonable doubt would blow it over.

When you start to question everything, including (most importantly) yourself, your beliefs will morph. You will lose some and gain others. You will grow. And the things and people you do believe in will grow some roots. 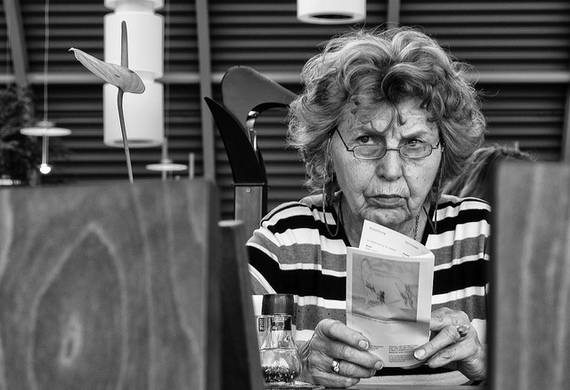 In politics, as with life, there should be an inverse relationship between the strength of your convictions and the complexity of the subject. This should be obvious, but when I see people arguing vehemently against Citizens United despite never having read the Supreme Court's opinion in the case, I know that it is not.

We are suckers for sound bytes, and most of our political discourse flies around the surface. This makes sense in many ways. It is not possible to become an expert on every issue, learning the ins and outs. Our answer is to stay at the top, and that's okay. But unfortunately, we like to pretend we know more than we do.

We have become a nation made up of indignant over-simplifiers at both political extremes and a large ambivalent middle that mainly just avoids engaging at all.

(Before any of you in the ambivalent middle start congratulating yourselves on your restraint, I should point out that apathy should not be a point of pride. It might even be worse than false certainty.)

This phenomenon explains my behavior on Facebook. For better or worse, I am a habitual Facebook debater. Once a Facebook friend makes a blanket statement about a complicated subject, it is almost beyond my control. I have to weigh in. And yes, I know arguing on the Internet is not exactly high art. But it's the damn certainty that drives me mad. I have to start poking holes. It's my duty as a passionate skeptic.

Almost inevitably, it becomes apparent my Facebook friend does not know enough of the particulars to be pontificating about policy details, and of course, my entire goal was to make that clear. Like a flash, those online water-cooler conversations go from the weeds of policy to a high-level philosophical debate because that is where they should be if we are going to throw around certitude like a frisbee.

Skepticism in the workplace can make us and our companies more effective. But questioning ideas can be uncomfortable, which means it is often implicitly discouraged in the workplace (often while ostensibly encouraged).

Questioning yourself at work is just as important but even more difficult. This is especially true for women, who are told by popular culture that they have a confidence problem and should lean in and speak up, rational doubts and realistic life complications be damned. We are told not only to be unwavering in our ideas and opinions, but to be unwavering in our promotion of self.

Several years ago, Clay Shirky wrote "A Rant About Women" in which he implored us along those lines. In a world where everyone is talking, talk louder. In a complicated society nearly deplete of black and white issues, appear certain. In a culture full of unwavering know-it-alls, become one.

I don't mean to be dismissive. There is some truth in these popular theories, including for my own life. No one would want to work for a company led by someone who second-guessed every decision and didn't believe in what she did. But we should not overvalue personal certainty in the workplace anymore than we should in politics. We could end up stretching and contorting ourselves to remain sure at the expense of reason.

The most beautiful form of skepticism can materialize in love. It means accepting that love is not simple because people are not simple. There are no pure lives, only pure moments.

We like to pretend there is a narrative about someone's life that can sum them up. Just go to a funeral, and you'll see how unwilling we are to give tribute to all of someone. We prefer to remember only the good, just as we often try to see only the good in life. This sounds lovely, and maybe when it comes to the people in life you knew or know from a safe distance, it is the right way. But for those you love the most, those you experience too much life with not to see their imperfections, it is unfair to draw a line around someone's "goodness" and carry it around with you, leaving the rest of their complicated soul alone and unloved.

Loving someone, truly, means loving all of them.

Acknowledging there are things about them that are impure and maybe even despicable, and rather than being blind to those things or pretending they don't exist, loving anyway. Recognizing that mistakes will be made, horrible thoughts felt, unfortunate words said.

This form of love can be liberating for the loved one, and it is nowhere more difficult and important than with our children. It frees them up to be who they are, rather than twisting and turning themselves to live up to our perfect image of them.

Sometimes this keeps me up at night.

If something happens to me, how will my son know that I was prepared to do everything in my power to fight the urge to sugarcoat his life or contort my image of him into something I want my son to be -- that I was prepared to love all of him? Having a mother that questions everything can probably be difficult. But this is a gift that a skeptical mother can give to her child -- a never-simple, always-there kind of love. He can wear it forever, even in his darkest days, like a heavy blanket of certainty.