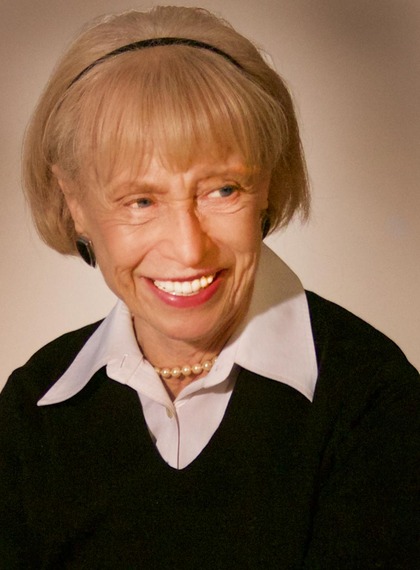 Lynn Rosen has lived in the Midwest, on the East Coast, and in Japan. After earning three graduate degrees at the University of Rochester, she served on its faculty. She was the Dean of Liberal Arts at Cuyahoga Community College in Cleveland. Her literary work has appeared in The Texas Quarterly and Caprice. A Man of Genius is her literary debut novel, which she completed after 15 years of writing, and had published at age 84.

A Man of Genius centers on Samuel Grafton-Hall, an architect whose work is revered the world over. Arthur Dolinger--Grafton-Hall's lawyer and the executor of his estate--tries to piece together a mystery prompted by a strange codicil to the architect's will. Reading the novel, the reader is made privy to the mind and misdeeds of a genius who revels in his cynicism and disdain, a man who leaves colleagues, lovers, and friends deeply scarred for having known him. There is also the matter of a murder: who committed it, and the conundrum of who actually died; and what the answers to those questions mean for those left behind.

Samuel Grafton-Hall is an extraordinary character. Tell us a bit about him.
The novel is really driven by the backstory of Samuel Grafton-Hall. As a character, he raises many questions I think apply to today's world. Samuel's story and his character traits drove me to look at how we pick our idols, authority figures, and those we trust or follow.

The media are so instrumental in anointing authority figures, and we often blindly trust and follow these people without question. Once something occurs which forces us to examine these leaders, do we allow ourselves to forgive them for being human and fallible?

Samuel Grafton-Hall is so flawed, and if we look at him in the context of comparing him to those in whom we, in our real lives, vest authority, what does it say about us and our own moral obligations? The flaws in Samuel's character are so compelling, they drove me to keep writing this novel, which took a very long time. From my perspective, these questions transcend the book.

How long did it take to write the novel?
It took a span of fifteen years, nine of which were taken up by writing draft after draft. I lacked faith in myself since I had never before attempted to write a novel.

One famous writer I knew told me my attempts to write a Gothic novel while leaving loose ends were ill-advised, so I wrote and re-wrote. Finally, after so many years, a friend looked at a draft and said, 'Finish it your way.'

So that's exactly what I did.

A Man of Genius is told through the words of Grafton-Hall's attorney, Arthur Dolinger, an unreliable narrator. What thoughts do you have about such narrators?
I think all narrative voices are unreliable. The truth is, we all struggle with narration. In fact, none of our memories are pure. They become distorted over time, and while we may think we're reliable narrators, we really provide our own versions of what happened in the past. My narrator, Arthur Dolinger, says at the outset that he can't be sure of his facts and he struggles with some parts of his narration.

That's part of what I liked about him. He says early on in the novel, 'You may not be able to trust everything I say but I'll do my best.'
That's exactly it. He recognized the universal tendency for memory of long-ago events to be terribly unreliable.

In A Man of Genius, Grafton-Hall's first wife, Catherine, makes significant--but not publically acknowledged--contributions to his work. Tell us about the barriers women experience in relation to achievement.
I lived them. As you said, I have three graduate degrees and personally experienced a great deal of resistance and many barriers. I'll give you two examples.

After getting my Master's degree in English, I applied for the Ph.D. program in the Gothic novel at the University of Rochester. I was already teaching concurrently with my course work, and had graduated with honors. During my interview for the Ph.D. program, the chairman of the department told me if I persisted on pursuing admission, they would seat me 'under the seminar table.' That's an exact quote. This was well before Title IX was enacted and they weren't accepting women. A dean who had come over from Columbia suggested I get a doctorate in higher education, which is what I did. But I suffered by that compromise because I really wanted that doctorate in the Gothic novel.

When I was in public relations, I had major clients--Rod Serling, Peter Lorre, and others. Yet, my credit card wasn't accepted at restaurants when I took those clients to lunch or dinner. In some places, I couldn't sit at a table waiting for a client because a woman seated alone was not acceptable. I must tell you, my sadness isn't that it occurred; it's that young woman today don't have a sense of what we went through.

At age eighty-four, your debut novel has been published. What made you undertake writing a novel beginning at age seventy?
I don't consider myself a writer. I'm a storyteller. Some stories just stay with me--not in pure form because our memories don't retain events as they actually happened. They've been reconfigured. A certain story stayed with me--one concerning my 1949 visit to Taliesin, Frank Lloyd Wright's home in Wisconsin.

I'd read a great deal about him and his architecture. I was privileged to have Mrs. Frank Lloyd Wright take me on a personal tour of Taliesin and invite me to have tea with her. During our conversation, the question I wanted to ask was, 'Mrs. Wright, did your husband really kill his mistress?' Of course, I didn't pose that question to her.

There had been stories about the relationship between Mamah Borthwick Cheney and Frank Lloyd Wright, which ended when she was murdered. Stories circulated that he had arranged the murder because he was looking at a prison term on morals charges. The story of Wright, his mistress and wife stayed with me. And then, other notions materialized--about idolatry and authority--and became reconfigured in my mind. So, I finally began to write it as a novel.

The writing style of A Man of Genius is reminiscent of Daphne Du Maurier and Emily Bronte, with its evocative literary quality. Talk about your writing style and literary influences.
My writing style is simply the voice in my head. I write down what that voice tells me. I'm very interested in Gothic literature for its sublime elements and psychology. For me, the creative and performing arts involve transcendence beyond the moment. Gothic literature pushes you toward that state. I'm engrossed by the question of how we access art and process our feelings about it, and that informs my writing. I admire Du Maurier, but I don't write the way I do in a purposeful way. It's simply a result of how I think.

As for my literary influences, I'm an enormous admirer of Laurence Stern and Tristram Shandy. The plot manipulations in that novel are mind-blowing.

What's coming next from Lynn Rosen?
I have several ideas bubbling in my mind. They all derive from experiences--little vignettes from my life that have stayed with me.

Congratulations on penning A Man of Genius a lyrical contemporary novel with Gothic elements addressing themes of morality, memory, guilt, and hubris while providing unremitting suspense for the reader.

Mark Rubinstein's latest novel The Lovers' Tango is the recipient of the Gold Medal in the 2016 Benjamin Franklin Award for Popular Fiction.