According to the International Telecommunication Union (ITU), today there are more than seven billion mobile subscriptions worldwide, up from 738 million in 2000. Globally, 3.2 billion people are using the internet, of which two billion live in developing countries. However, ITU figures also indicate that four billion people in the developing world remain offline. Off the nearly one billion people living the Least Developing Countries (LCDs), 851 million do not use the Internet.

Internet per sé is a useful tool to connect us with the outside world. When I speak with family members, Baby Boomers and Generation X, I realize that we can survive without the net. But, as of today, technology empowers people, opening us to new horizons and huge opportunities for social and economic development.

With an eye on women, peace, security and armed conflict, especially thinking of Nigeria, Cameroon, Niger, Chad and the devastating attacks of the militant islamist group Boko Haram, and of women and sexual violence in the armed conflict in South Sudan, I understand there is so much more to be done to prevent violence and ensure a peace process that starts with local people but is boosted by peacekeepers and strong committed people from civil society, NGOs, governments and international organizations. 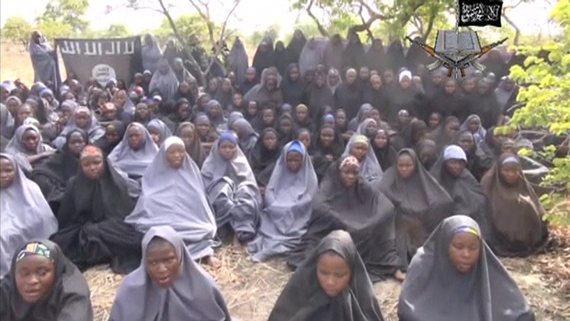 The UN Security Council Resolution 2122 (2013) on sexual violence in armed conflict strongly encourages UN member states to concretely implement actions plans and monitoring measures focused on women's leadership and participation in conflict resolution and peacebuilding. The resolution also recognizes the need for timely information and analysis on the impact of armed conflict on women and girls, the role of women and the gender dimensions of peace processes and conflict resolutions.

Connecting information and communications technology, thus promoting the universal right to information and communication (Art.19 Universal Declaration of Human Rights), with respect of human rights, both for men and women, having the right of life, liberty and security (Art.3), in our digital and knowledge-based society, is the key to ensuring free, informed choices, based on access to education (and why not e-education, digital and with broadband penetration in developing countries to reach a wider audience), understanding among all nations, and further both personal and groups actions to promote the strengthening and respect of fundamental freedoms.

Women, as agents of change and peace, can initiate the process by advocating for gender mainstreaming, lobbying for more public space of women in society and in the decision making processes, disrupting gender roles, standing for the elimination of violence against women in all its forms, all using the potential powers of technological tools. A wake-up call for actions, communications, advocacy, campaigns on a wide variety of topics (women and security in armed conflict, women empowerment and self-awareness in society, cultural prejudices and the way to overcome them, comprehensive sexual education, prevention of child marriage and adolescent pregnancies among others, gender roles and family planning) is needed and is the way forward to achieve equality between men and women, conceived as human beings pursuing happiness and freedom.

When inequality is rooted in wars, discrimination, violence, perceptions and attitudes based on fear, the society does not progress and the evolution process of the human being gets stuck. Men and women who have not had opportunities to question gender roles, beliefs and cultural/religion roots, cannot change them. Women who are not aware of their rights cannot claim them. Governments and organizations without a firm set of policies, strategies, action plans, implementation processes, statistics and analytical data, along with continuing reviews and monitoring progress cannot adequately address these issues and thus cannot provide political and social stability and security in their countries.

A powerful mobilization, starting from our computers, can ignite social change and a positive cultural revolution. A unisex revolution, including women but also and above all men, based on trustworthy information, knowledge platforms for ideas exchange and a good dose of enthusiasm toward gender issues, comprising human sexuality, sexual and reproductive health, human rights, contraception, family life and interpersonal relationships, culture and sexuality, nondiscrimination, human rights empowerment, equality and gender roles, sexual behavior and sexual diversity, sexual abuse, gender-based violence and harmful practices can act as pioneer for a freer and more aware society. 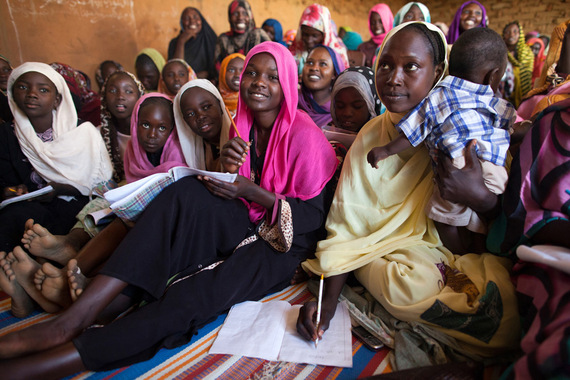 I would be amazed to see the online international community rising for ideas, best practices, cases around the world exploring and nurturing positive values and attitudes towards human rights and gender equality, including sexual education in classes and women-men empowerment and young people' participation in the talks to promote acceptance, tolerance, empathy, regardless of their gender, ethnicity, race or sexual orientation.

For a more peaceful world we already have everything in our hands, right in front of our eyes. Tools, critical thinking, communication and assertiveness. Team work and a constant work towards equality in our everyday lives and for bigger causes, can truly make a difference and open up a world of unity, mutual cultural understanding and human solidarity.