I correspond with a lot of prisoners across the USA and this is a message that Kwame Teague, who is doing two life sentences in North Carolina for a crime he didn't commit, asked me if I could get out to the world. Kwame is a popular urban fiction writer, penning the Teri Woods Dutch series but he is also very concerned about his people and what is going on in the outside world. This is his message from the penitentiary to the world- 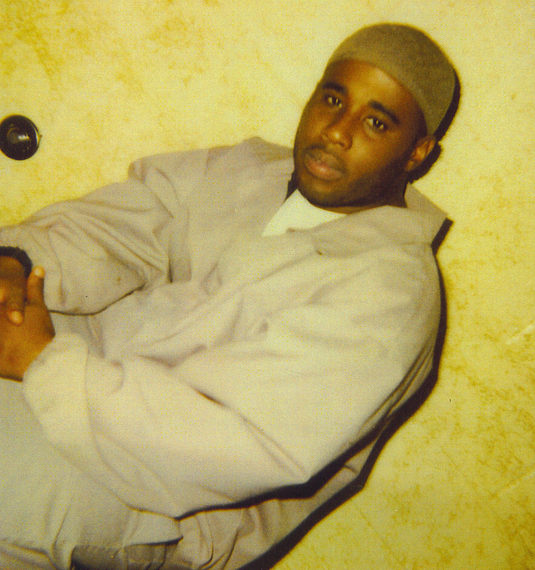 This is between you and me BLACK SISTERS, so lean in. STOP coddling black men. I know your motherly instincts and your womanly proclivities make you want to bring confront and care and I know you want to support him, but trust me on this, it's time for TOUGH LOVE. Challenge the Black Man's Manhood. NOT in regard to yourself, as his woman or the woman in his life, respect that, but what I say challenge him on is what is HE DOING in the community or for his community? Put your hand on your collective hip, look the Black man in his eye and say "stand your ass up and fight, stop marching in circles and lead us somewhere"! If your beautiful Black sister would say, I know my man is not going to let nobody hold him back, because if you are going to protect me, what I need with you? Do you know what would happen? Have you ever been to the club and a sister screaming on her man like "I know you aint going to let him talk to me like that"! No matter how big the man or the fight in him, if he is any kind of man, somebody getting knocked out. That is what will happen, but in a meaningful, constructive sense. Force him to use the brain and body he has to get his people to a better standing. Whisper in his collective ear "win" and watch that Rocky music anthem light up in his eyes. But if you keep mourning his death, justify his weakness and coddle his insecurities, then he will forever remain your baby...are we clear

Boko Haram is using little black girls as HUMAN BOMBS. The press is calling them suicide bombers. They are not doing this of their own will or their own accord or based on their beliefs. It is MURDER. If they resist, they are tortured and killed. The same little girls the First Lady marched and tweeted about are now being strapped to explosives and blown to bits. Where is the outrage about this? Where is our outrage about this? Do you have children? Could you imagine your ten year old daughter being strapped with dynamite and then her being nothing but a mist? If that doesn't move you to tears or to anger or to action, then you are only human in appearance. Black lives mattering is not limited to the United States. Globally the treatment of Blacks is not on the up and up. To the BLACK MUSLIM BROTHERS, I am calling all Black Muslim Brothers, Sunni, Shia, Nation of Islam, Moor or Five Percenters, Your Nigerian daughters are being slaughtered in the name of Islam. When are we, as Muslims going to hold the International community accountable for their silence in the face of such horrors? If Syrian is a tragedy and Palestine a tragedy, then Nigeria is the very face of evil. When are we going to stand up and call Boko Haram a COWARD and DISGUSTING and a bitch for hiding behind children in the name of Islam?! When? Because if you don't, if you remain silent, then you are a coward and disgusting also. Straight like that. Black lives matter? Really? Show me. Save those babies if you don't there is nothing Black about you, but you are Sick at heart!

You can correspond with Kwame by emailing him here and it will be relayed to him- kwameteaguespeaks@gmail.com.