What's happening to America? We are fast approaching a total surveillance society - a "midnight" of lost privacy. And it's only six minutes before the hour. 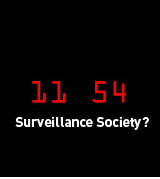 How is this happening? First there's the technology. We've got RFID tags, biometrics, DNA, data mining, surveillance cameras -- even spy satellites trained on Americans. We're all living our lives more and more electronically, making everyone easier and easier to track -- and our security agencies aren't being shy about taking advantage of the fact.

About the only thing happening faster than the development of technology for spying on people is the speed with which our privacy laws have been dismantled in the past seven years.

Add to that the "war on terror" -- a permanent, standing justification for every intrusive power grab our security agencies can dream up -- a president who claims "inherent authority" to ignore the law, and big corporations that are happy to be part of a new surveillance industrial complex -- and it all adds up to a pretty pretty ominous situation.

At the ACLU we're doing what we can to scream and moan about this. It's hard, because the media likes to pay attention to the latest sexy gadget or spy story -- but they rarely step back to look at the big picture of how all these trends are working together to bring about a genuine shift in American life.

One of the things we're doing to dramatize this situation is introducing a "Surveillance Clock" -- a graphical dramatization of just how close we are getting to the midnight of a true surveillance society.

These days we have new worries. On our Surveillance Clock, the time is 11:54. And the seconds are blinking by.

Along with the clock, we've also released a couple of other items:

* A new report, "Even Bigger, Even Weaker: The Emerging Suveillance Society: Where are We Now?" This is an update to a previous ACLU report, "Bigger Monster, Weaker Chains, which we released in 2003 and which attracted a huge amount of attention at the time. In that report, we basically said, "hey everybody, we're now at the point where a total surveillance society is technologically possible - and we don't seem to be doing very well at controlling that technology by strengthening our laws - in fact we're weakening them." 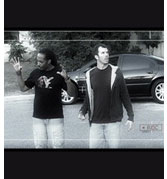 * A video of "Monster Among Us," a new piece written and performed by the talented spoken-word artists Steve Connell & Sekou (tha misfit). The piece is another way we're trying to dramatize the growing surveillance society, especially for a youth audience.

* A timeline of surveillance technologies and policies, which shows just how fast the development of such technologies has accelerated in recent years. We are also inviting visitors to help us fill out the timeline by contributing items we have missed.

Our news culture is definitely built around the headline -- the sudden and the sexy. As fast as we're headed toward a surveillance society, it's not something that happens in one tragic moment that takes over cable television for three days. But it's no less real, and amounts to massive shift in power between individuals and the security agencies. Whether the ACLU and our allies who are concerned about this trend can succeed in breaking through the din, will have to be seen. But we're trying.