On the eve of Thanksgiving I share with you this poignant essay by my husband in memory of Juanita Bell Betty June Smith who passed away on this day in 2012. I miss her so much as she was so loving and accepting of the blended family that John and I built together for our eight children. This weekend she would want us to celebrate family, unity, and being a "good egg".

My name is John Smith and tomorrow is Thanksgiving. Thanksgiving is such a uniquely special American holiday. My wife, our family and I love this day. I grew up celebrating the day at my grandparents house where we kids were banished to the card tables set up in the basement. But now we celebrate with a family that does not look on the outside like anything we would have recognized back in western Ohio. I am a Catholic, my wife is Muslim. I am an Irish-American she is Iranian-American. I like toast, she likes tahdig. 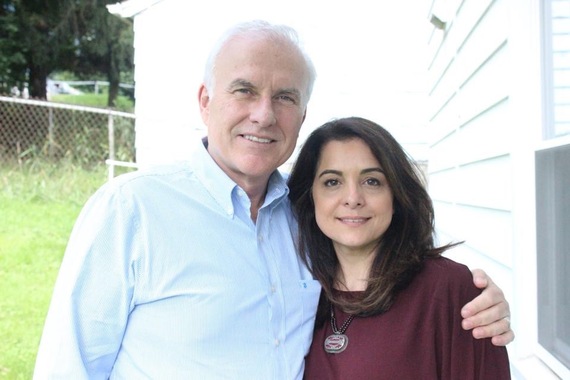 The Quran is kept in our living room, beside the Bible. We found that peace cannot be had by ignoring the problems of the world and hiding, if even hiding in a church. God has made us all to be in the world taking care of each other and sharing our gifts. For it is in giving that we receive, it is in our largest sacrifice that we have the most to gain. And to me the greatest sacrifice is not in the heroic battle, it is being there for my family. Every day, like the tide... being dependable, respectable, and living my life with as much grace and dignity as can be mustered. I learned that back in Ohio from my parents. I see it in the woman I share my life with and I hear it in the sounds of the river. 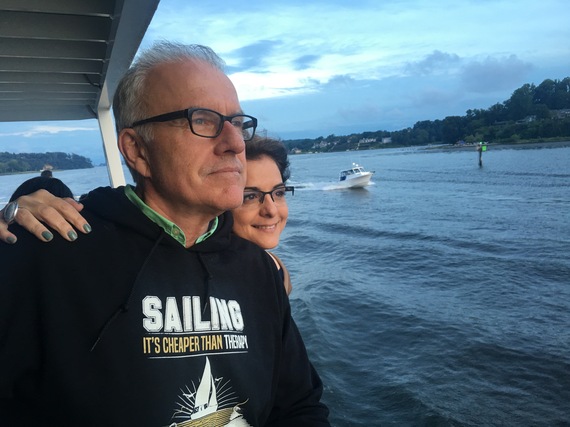 John Smith and Iran Davar Ardalan on the Severn River.

Recently there have been so many painful and difficult stories from the recent election, but what I found most disturbing is that so many people truly believe the narrative that those in the middle of our country are uneducated and that explains their choices. What is sad is that remark more correctly explains stereotypes of me, my family and friends. Because my family is as about as "Middle" as it gets. And so is Ohio and the Midwest. Yet Ohioans in general and my family in particular who are from the Midwest and vote Republican are quite "educated".

My family are CPAs, musicians, lawyers, historians, teachers, and farmers. My nephews are High School Principals; my cousin is the Superintendent of Public Schools. My brother and I are both college graduates. The Wright Brothers were from Dayton. Neil Armstrong was from Wapakoneta. We are educated. And yes, we are predominately Christians. We are also Irish and Irish-Americans understand prejudice.

I challenge people to visit Ohio (and the Midwest) sometime and meet my sisters and brother and friends. They might even take the political signs down out of respect. In fact, I know they would. They are incredibly respectful of others. You will meet some highly educated individuals who are kind, respectful and lots of fun. They have traveled the world but have chosen to love and stay in a small town in Ohio. They root for the Ohio State Buckeyes every Autumn. They travel to Washington DC in the summer to visit museums and teach the children what a wonderful country we have. They go to all their kid's baseball, softball, football and volleyball games. They, like all of us, want their children to work hard, be well educated and to respect others no matter of their religion, ethnic background or whatever. And, they are incredibly well-read. 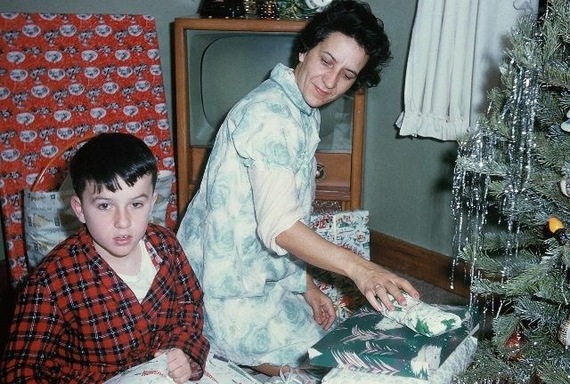 Growing up in the Midwest we were taught to live a life of humility. That humility is the key to our existence. At my recent class reunion, there were leaders of industry having fun and drinks with the most "common" like we were when we were kids. No prejudice. Black, white, gay, Hispanic, whatever. We love. That is the "Middle". Whether it is Ohio or Nebraska, we strive for those ideals. We do not always hit the mark but it is our goal.

Bucyrus Ohio which is very near to my home was named after Cyrus the Persian King, who authored the Cyrus Cylinder, considered the oldest declaration of human rights. The underground railroad led to Ohio where slaves would be free. Harriet Beecher Stowe lived in Ohio. My grandfathers fought in the Civil War (he even met Lincoln) to abolish slavery. My father stood by his black team mates when his HS basketball team played in the State championships and they experienced prejudice. I could go on and on about my family and my friends and their utter lack of any prejudice. 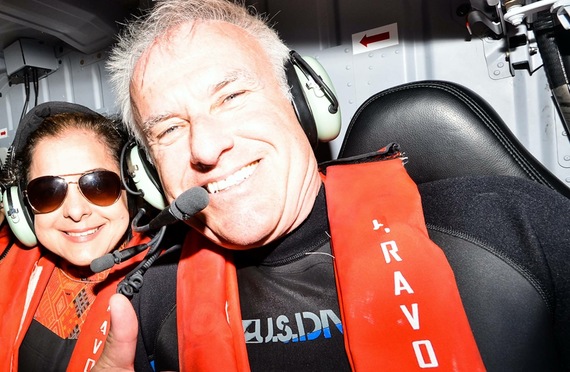 But what is important here is that, the "Middle" of America is heartland for a reason. We are the heart of our country. And the heart is where the love is. We have sacrificed our young men for the freedom of slaves, again twice for the liberation of Europe and once for Japan, all while being chided by the rest of the world for being backward and uneducated. But when the world needs us to save them again, we will be there for that is what love does. I grew up with my Mother and Father telling me that the Midwest was "God's Country" and as I have grown older I have come to understand that she was right. For God is love and love is what I grew up surrounded by. 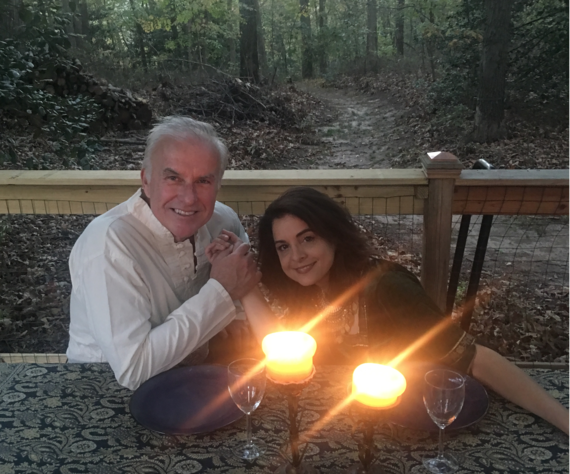 Tonight we are at home in our peaceful sanctuary built by two people of different faiths that both cling to their one commonality - God, the One who makes all things possible. Who is full of compassion and mercy....and forgiveness. He holds no grudges to those who are truly regretful. He has no fight with the meek and humble. He knows better than us that we are all His children and He has given us all the gifts we need to take care of each other. At our house we live in peace as we realize that, however distant, we are both cousins, descendants of the children of Abraham.

And the woman I love? ...her name is Iran. Iran Davar Ardalan.