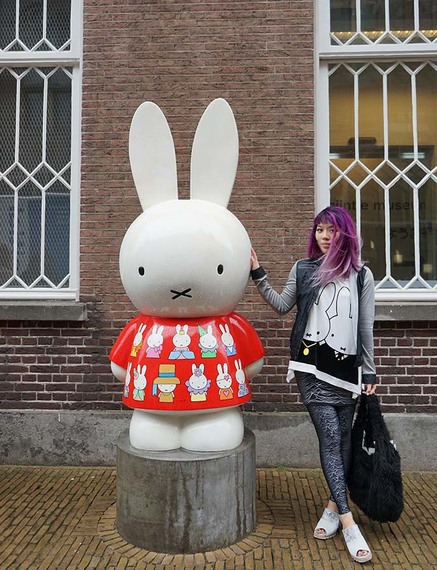 I adore Miffy, the cute Dutch bunny -- and took advantage of a Netherlands stopover to visit all her themed attractions.

During my 24 hour layover, I made a pilgrimage to her new Nijntje Museum in Utrecht. I walked through the rabbit's traffic crosswalk, and shopped for plush toys at her gift store.

Here's my guide to spending a day with Miffy in her homeland, with more photos on La Carmina blog. 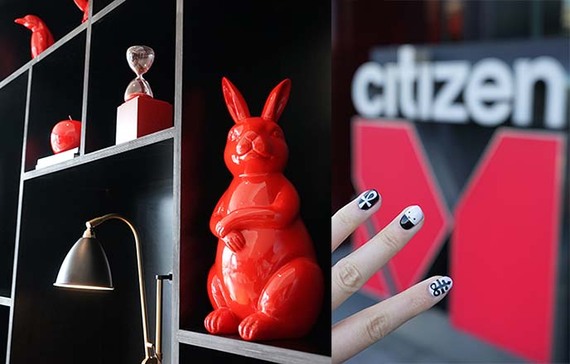 I arrived Amsterdam's Schiphol Airport 10am, and easily checked into citizenM hotel using a touchscreen. The M in the name stands for "mobile," not Miffy -- but the sleek modern decor perfectly matched the theme of my trip. 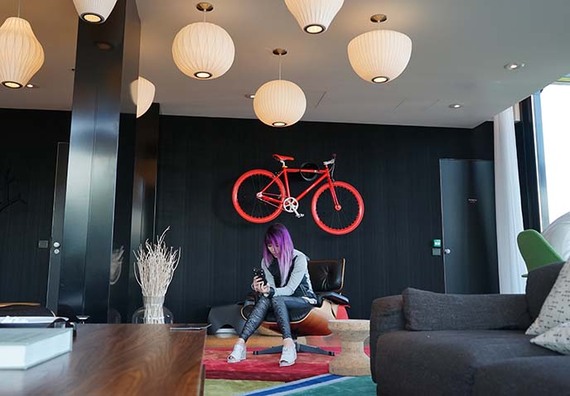 I lounged in the colorful lobby, and used citizenM's free Wi-Fi to check the train schedule. I only had to walk five minutes to the airport station, and take a direct 30 minute train to get to Utrecht Centraal.

Most of Miffy's attractions are in this city because it is the hometown of her creator, Dick Bruna. 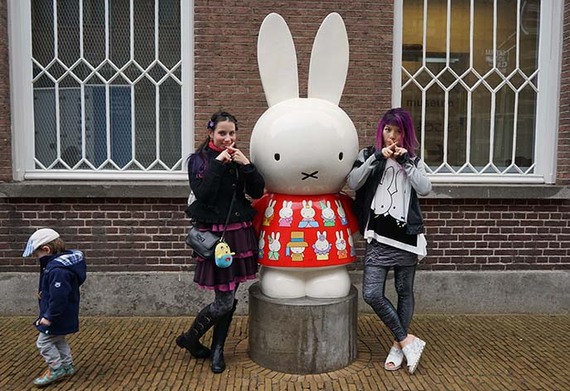 I met vlogger Leyla and her son Danny at Utrecht station, and we decided to take a 15 minute bus ride to the Miffy Museum (it would take about the same amount of time to walk).

At the front of the building, we posed with one of the giant works from the Miffy Art Parade. Dozens of artists customised statues of the bunny to celebrate her 60th anniversary in 2015. 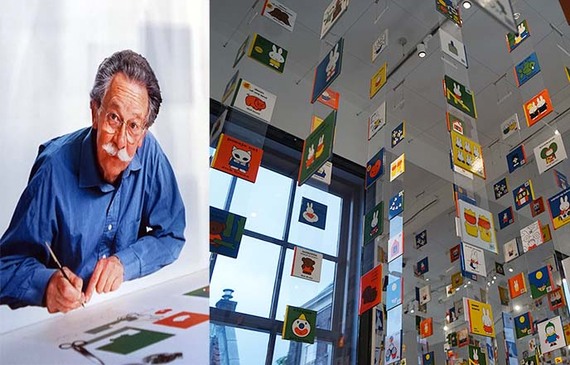 Miffy was created by illustrator Dick Bruna, who released her first book in 1955. Since then, she's become a beloved "kawaii" icon. Worldwide fans are flocking to the Nijtnje Museum (that's her name in Dutch), which opened earlier this year. 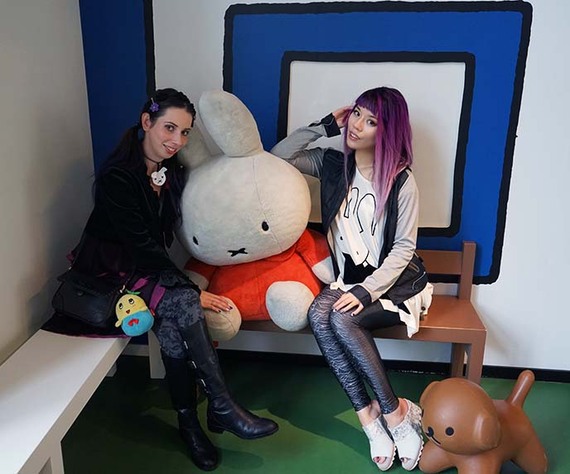 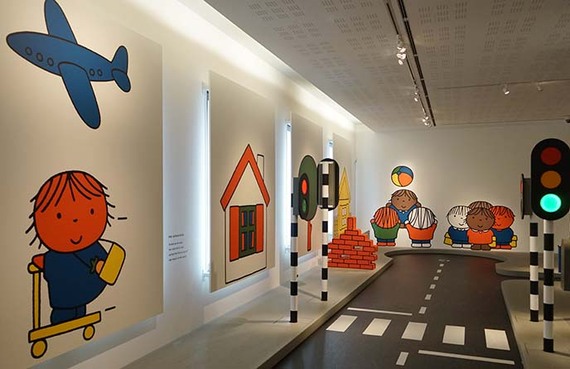 Each room is designed to fuel a child's imagination with puzzles, games, cars and crawl-spaces. The displays also help them learn lessons, such as how to safely cross the road. 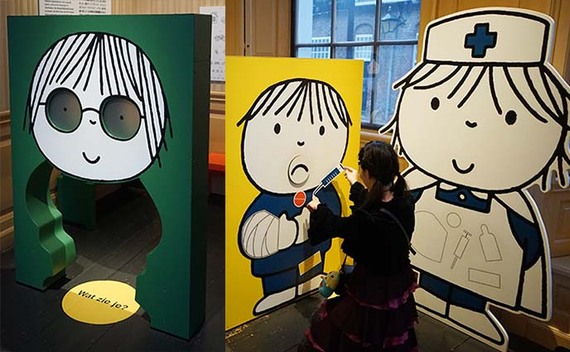 However, the museum is geared to all ages, and the descriptions are written in multiple languages including Japanese. I personally enjoyed seeing Dick Bruna's lesser known but equally impressive works, such as his medical drawings. 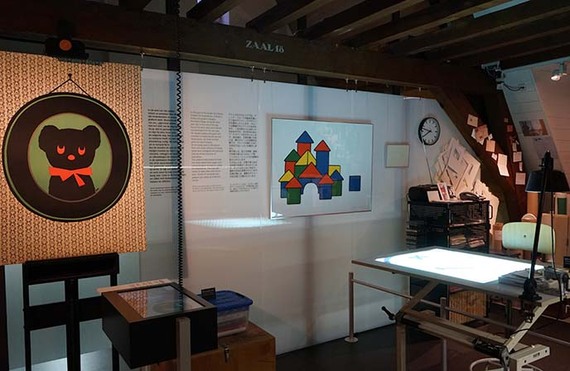 Across the street, Centraal Museum has preserved Dick Bruna's studio, down to his original drafting table and mementos from fans. 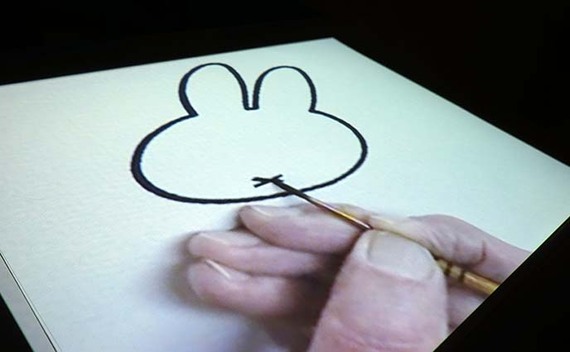 I watched a fascinating video of the artist at work: it takes many careful brushstrokes to create the X of Miffy's mouth. 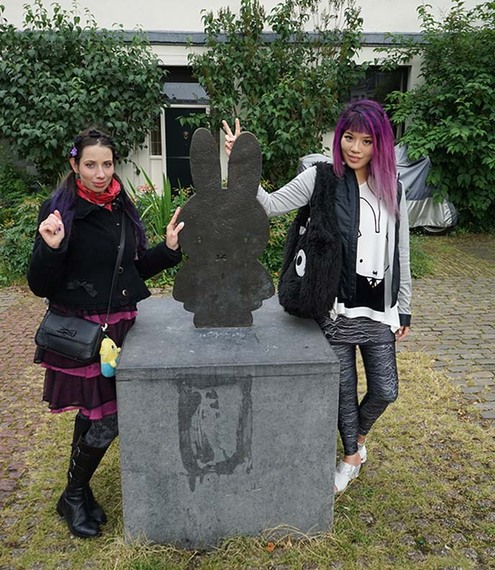 A short walk away is Nijntje Pleintje, a black metal bunny statue created by Dick Bruna's son, Marc. It's located on in a little grassy square, at the beginning of the Van Asch van Wijckskade. 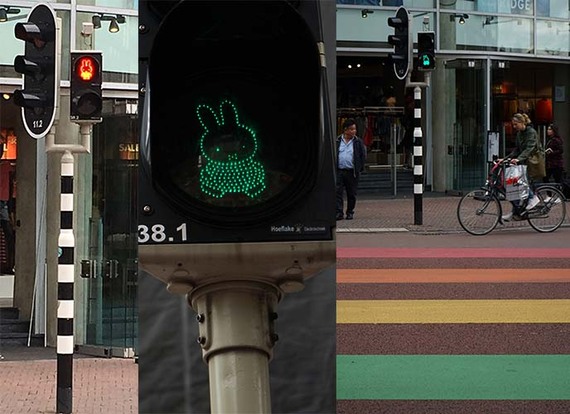 Also located in Utrecht is Miffy's crosswalk. The bunny graces the traffic lights of the rainbow pedestrian crossing, in front of the shopping mall at St. Jacobsstraat. 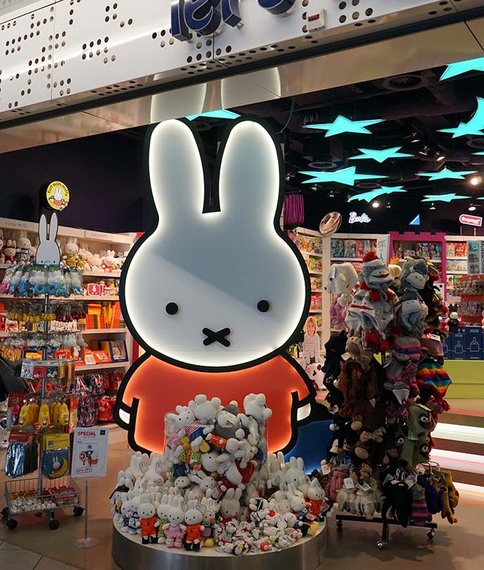 I couldn't leave the Netherlands without a few souvenirs. Miffy has gift stores at both Nijntje and Centraal museums. In Amsterdam, she has two large boutiques called De winkel van nijntje. 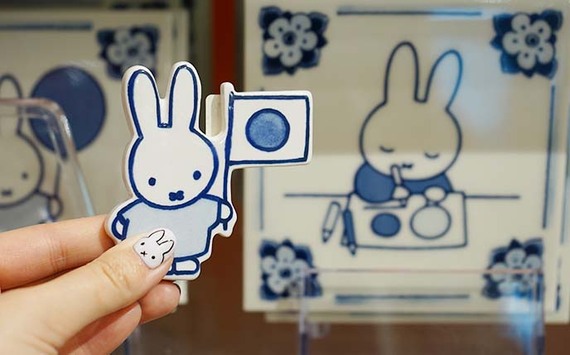 Back at Schiphol Airport, I found Miffy goods both before and after checking in. There are Dutch blue ceramics and clogs featuring the mascot, as well as books and plush toys. 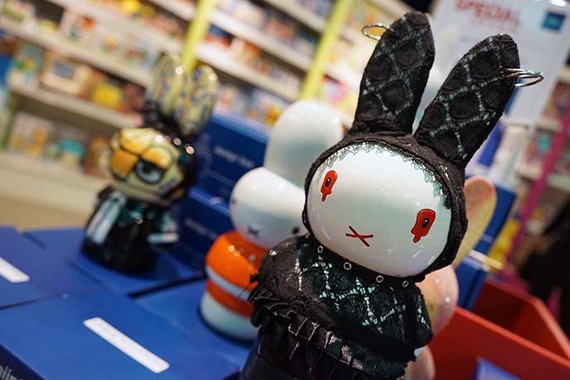 I even found miniature statues of the bunny as a Goth punk vampire! 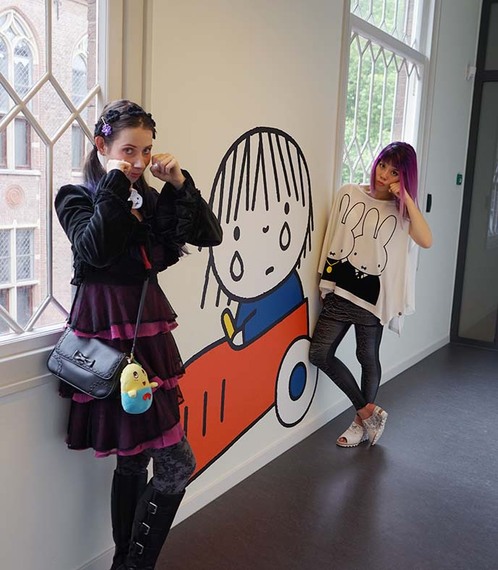 Jet-lagged, I stumbled back to citizenM Schiphol to sleep until my flight the next morning. Although my Netherlands journey was short, I felt I managed to see the best of Miffy's world -- with ample reason to come back.