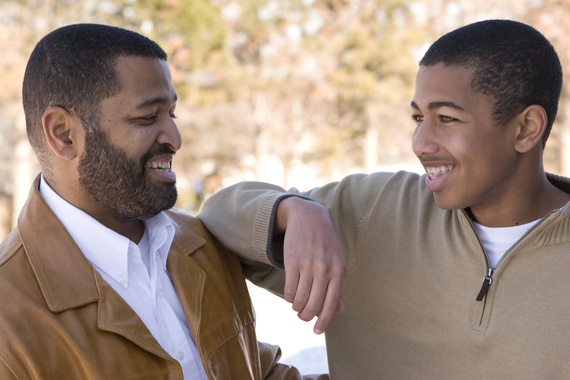 America's Promise Alliance published a new study this fall, Don't Quit On Me: What Young People Who Left School Say About the Power of Relationships, and invited young people to share their stories about the power of relationships. Ti'Andre's story is part of a series by young people about the ways adults and peers can help more young people graduate from high school.

Growing up, my life wasn't a life I would want for anyone. Shortly after I was born, my father went to prison, leaving me to grow up in a bad neighborhood, in a home filled with domestic violence.

One time, I brought home all A's and B's and one C. My mom sat me down and told me just how unacceptable it was, that I would do better, because that is what I was capable of. She was always there for me, and it gave me hope.

But I still felt empty without my dad in my life. I believed it was his fault he wasn't here. He should've made smarter decisions to be better for me.

Things started to turn around for me when I joined After-School All-Stars (ASAS), which focuses on helping middle school students find a safe place to be after school hours.

High school kids and kids in elementary school usually have a lot of afterschool activities, but kids in middle school don't. With nowhere else to go, a lot of kids turn to gangs, crime, drugs and unsafe sex. ASAS provided an alternative path for me.

They also provided me with mentors, role models, friends and teachers I could trust. Some evenings, ASAS staff would call me just to check on me and see how I was doing. Sometimes they even took me out to lunch or a movie. They actually cared.

After joining ASAS, everybody saw a change in me. I started to laugh about the things that used to upset me, and I became the one that lifted everybody else up. I matured, and I started to reach higher. 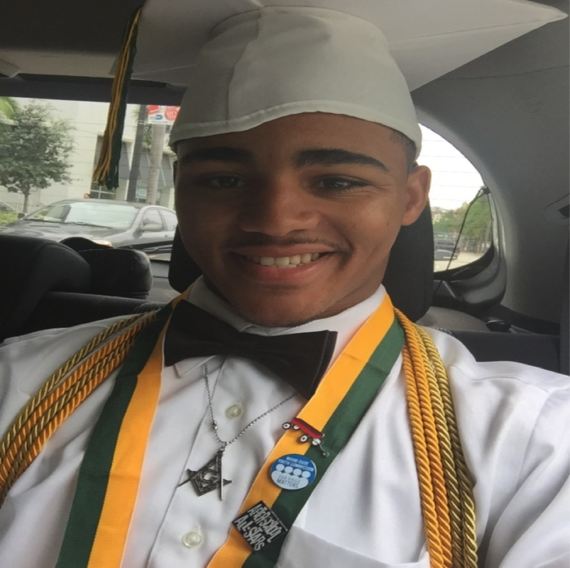 The Sky Isn't the Limit

In my senior year of high school, I was selected to join the America's Promise Alliance Board of Directors, which allowed me to share my own voice and perspective. We spend a lot of time talking about how to help at-risk youth, and at times it makes me think: That's me. I am an at-risk youth.

And that's why the report America's Promise just produced, Don't Quit On Me, is so important to me. Too many leaders, teachers and politicians don't know what we actually go through, what we're actually up against, or what we need to succeed in life. They don't know what we're feeling or what our dreams are, that we may even be afraid to dream.

I want more people in power to know what it's like to walk a mile in our shoes. Maybe then they would know what direction to take us in, how to help us find a different path in life.

A few months ago, I heard someone say, "I didn't let being young, being Black, being fatherless define me."

I dream of those words every night. I dream of becoming a police officer, a prosecutor, maybe even the President. 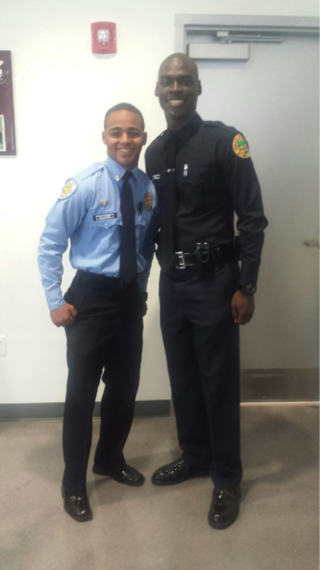 While interning at the Miami-Dade County Commissioner's Office of Com. Barbara Jordan, Ti'Andre flew to D.C. to represent After-School All-Stars at the National Summer Learning Day. He was a guest speaker and met First Lady Michelle Obama.

For more youth stories, read Ola's, Amnoni's, and Arlene's. If you want to share your story--or know someone who does--email Eva Harder at evah@americaspromise.org.

America’s Promise Alliance is the nation’s largest network dedicated to improving the lives of children and youth.