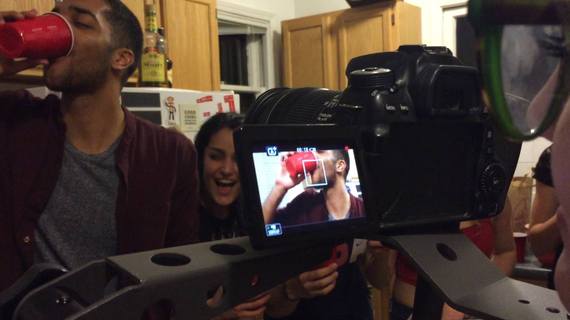 Red solo cups are not the stuff of sonnets. There is no poetry in sweaty basements. The millennial party experience has remained a fairly untouched source material for fine art, suggesting tailgates have no place in the theatre.

Northwestern University is infamous for the mythic North/South campus divide, where frat houses and theatre boards lie separate, stretched far apart by social spheres and Sheridan Road. In reality, nothing is ever that clear-cut. Life is complicated, and millennials even more so. It would be foolish to pretend there is a universal social experience for any generation, but the love of going out on a Friday night is widespread. College students are represented through music, visual art and the Internet --theatre has some catching up to do. Enter the Voyeur Theatre Collective (VTC), which was formed last year to challenge theatre's current status as an art form reserved for elderly, wealthy patrons and "theatre people."

Founders Russell Kahn and Isabella Mehiel are currently heading VTC's first piece, a sprawling performance piece that will take up a weeklong residency in a Chicago warehouse during the first week of June. It's been dubbed "Entrainment."

Entrainment's goal is to communicate theatrical stories in a language a millennial audience will relate to, which means utilizing live DJs, video projections and a non-traditional performance space. 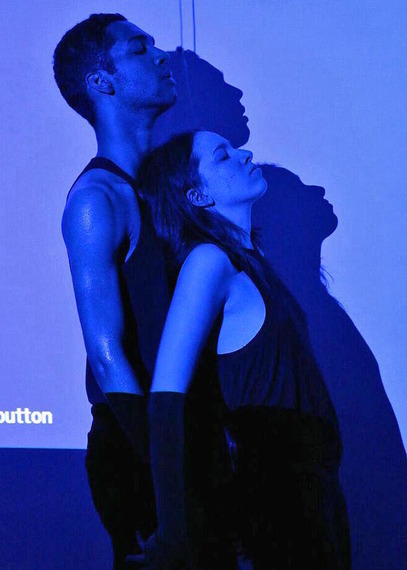 "If we're thinking about Millennials as our target audience then I want to create not only a story, but also an experience that feels relevant and exciting to this specific group for the first incarnation of VTC's life," director Isabella Mehiel said.

Entrainment follows a girl in the moments before, during and after a party, focusing on her shifting relationship with a male classmate. Technology plays an integral role, both through the use of screens as props in the storytelling process and the presence of technology in the plot. The presence of this so-called "screen culture" is integral to Entrainment, an homage to the millennial experience integrated into live performance.

The script is an original work, formed through a devising process of improv-based rehearsals, writing exercises and ensemble collaboration. It's meant to connect to the universal experience of navigating relationships, self-identity and social experiences.

This grasp for the universal experience is rooted in an unorthodox approach toward the show's production. A playhouse has been swapped for a warehouse, and the traditional college theatre board has been replaced with an eclectic, boisterous theatre collective. The theatre kids are well represented, but a healthy dose of engineers, journalists, psych majors and RTVF students are thrown in for good measure.

The chemistry between the cast is palpable, no doubt due in part to their nontraditional rehearsal approach. It's hard to manufacture something as authentic as intimacy, but the process has created something thoroughly real. Rehearsals embody the classic mix of highbrow and lowbrow, using both avant-garde theatre techniques and classic party college staples (read: red solo cups and cheap liquor) to create something that resonates with theatre types and the millennial set alike.

A post shared by Voyeur Theatre Collective (@vtcollectivearchive) on Mar 5, 2015 at 6:39pm PST

Rehearsals, or labs as the collective has dubbed them, don't have a strict focus on running dialogue. In this way art mirrors life. A lot happens at parties, but it isn't hinged on conversation. Deep interpersonal interaction happens in subtle acts--eyes meeting across a dance floor or knees rubbing together on a couch. A good DJ guides any party, and Entrainment rehearsals are no exception. A live DJ molds improvised choreography by alternating between drone and EDM heavy playlists.

This artistic process poses questions. Is everything at a party designed to break you out of yourself? To blur the world through alcohol, fabricate pleasure with pills, be physically guided by the beat? Are we being honest or untrue, baring our souls or creating masks? Is it an alien nature that comes with dilated pupils?

Theatre is innately intimate. Stripped down, a play is just people standing on a stage, hoping to say something of resonance. For Entrainment, this search for meaning plunges into the most basic and primal places--parties--where substances and a wall of sound impede conversation. Hollywood movies (The Hangover, Project X) and social media enshrine the idea of the ultimate party in a fetishization of loose-limbed glory. It's easy to see these products as representative of the millennial experience, but it's time to search for something more.

Article written by VTC member, Aliza Abarbanel. She is a Journalism major at the Northwestern Medill School of Journalism.