Thanks to initiatives like Hour of Code and major moves by some of the country's largest school districts, coding and computer science are finally starting to enter the mainstream of K-12 education. But as millions of students learn JavaScript, Python and beyond, we must make sure that teaching coding is about more than just creating millions of new programmers. 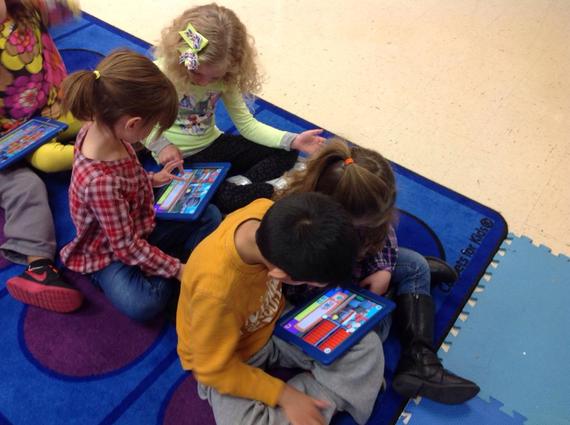 The case for coding as a pathway to employment is easy and it's no coincidence that the public school systems in the country's two hotbeds of technology -- The New York City Public Schools and the San Francisco Unified School District -- are among the first to mandate that computer science be taken seriously. There's been a 57% growth in software jobs in NYC alone over the past seven years, and analysts predict that by 2020 U.S. companies will have 1.4 million open programming jobs.

Software is in almost everything we touch, so the demand for software engineers is increasing exponentially. If our kids can't fill these jobs, then someone else's will and we'll have to continue to import talent.

But focusing on computer science as a gateway to good jobs would be akin to thinking about English Language Arts only in the context of script writing. It's shortsighted and completely misses the fact that coding is a new literacy that can help kids develop and achieve across every core competency.

According to a recent study by Tufts University, kids who study computer science improve transferrable skills like sequencing, which has a direct positive correlation with improved reading comprehension.

The logical problem solving and algorithmic thinking at the core of computer science force kids to think about thinking - a process referred to as meta-cognition that has proven benefits related to self-monitoring and independent learning.

In addition, when a kid studies computer science and coding, she masters a series of important tools for logical problem solving that are the core of 21st century thinking. She learns how to quickly create a hypothesis, translate those ideas code to see if they create the appropriate action and then learn from the result.

Given the importance of coding in our modern world, it's time to stop treating it like a niche activity. Educators have long debated which we should teach first -- reading or the basics of mathematics. Coding has now elbowed its way into the conversation and we need approaches that are appropriate and compelling for each grade level.

The good news is that modern tools like tablets allow us to introduce kids to sophisticated concepts in highly entertaining ways. Leave a child alone with a tablet, and they learn to interact with it instantly. If we teach them how these machines work starting from an early age, we allow them to build confidence at a reasonable pace and dramatically increase the odds they will continue to pursue computer science as a teen and adult.

Those of us who've made careers in technology would love to see coding taught the same way we teach kids to read and use math -- make it a core part of K-12 curricula, break ideas down into bitesize chunks and give kids more than a decade to truly master key concepts.

In the near term, perhaps we can get people to think about teaching computer science and coding as something akin to teaching music. We know the benefits of incorporating music into mainstream education. They're virtually the same as coding: Music and coding both inspire creativity, improve cognitive skills and improve executive functioning skills like persistence.

And just as when we teach kids music we don't do so with the notion they will all become rock stars or professionals - we shouldn't teach computer science thinking all kids should become or will want to become programmers.

However, all kids can learn how to leverage technology to enhance their own natural abilities and interests. Even the aspiring dancer or politician can benefit from being able to use technology creatively and confidently. Dancers can create light and sound shows that pull on an audience's emotions. Politicians can develop powerful databases of supporters that translate into donations and campaign volunteers.

Take this idea a step further and imagine a world where everyone believes they can solve big problems with tech and has the confidence and knowhow to collaborate with people around the world in pursuit of a solution. I, for one, am very excited about the prospect of living in that future.

Grant Hosford is the Co-Founder and CEO of codeSpark, a learning game company backed by Idealab and Kapor Capital that is turning programming into play via a game called The Foos.