Add this one to your Oscar calendar: The first trailer for "A Most Violent Year" is here, and it's a doozy. Written and directed by J.C. Chandor ("Margin Call," "All is Lost"), the crime drama chronicles New York City in 1981, one of the most violent periods in the city's history. It stars Oscar Isaac as an immigrant whose business grazes the city's seedy activity and threatens his family's stability. Jessica Chastain, in what will be her fourth movie of the year (following "The Disappearance of Eleanor Rigby," "Miss Julie" and "Interstellar"), portrays his wife. Albert Brooks, David Oyelowo and "Maria Full of Grace" star Catalina Sandino Moreno are also on board. This awards contender opens Dec. 31. 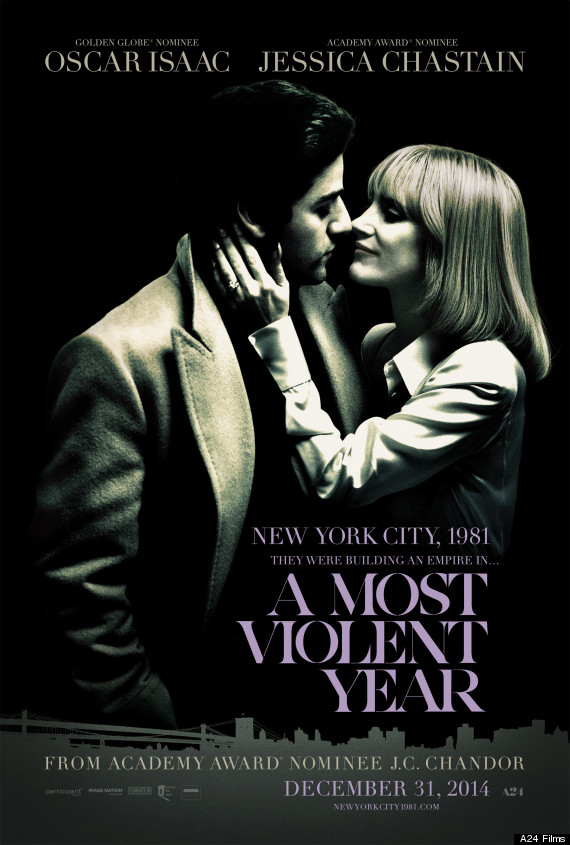