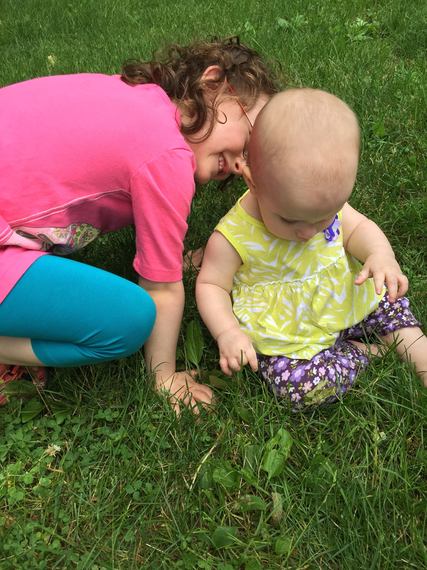 The feel of tender, young grass between her squeezed-tightly fingertips was primal.

The tug, uprooting them, connected her with a fiery anger that she didn't know her belly housed.

Then, momentarily afterward, she'd feel regret that these vivid, green shoots, with blackened, dirty ends, were now clenched inside her small fists.

Many years later, she watched this collection of emotions play out on another youthful face -- her 5-year-old daughter -- as this new set of miniature hands sunk into the lush green surrounding their pale thighs, touching at the knees.

I ask her not to pull the grass out, and her face falls instantly.

I mentally slap myself and softly ask, "It feels good to pull on the grass, doesn't it?" She nods silently, and I verbally take back my earlier reprimand.

So much of my life has been a similar pattern, I'll think later after an argument with my husband.

So much of my life has been this space between managing my reactions with the authenticity of internal need and awareness of this reaction upon others; coupled with the guilt after -- the guilt of either not reacting firmly enough for my own needs or, more often, being too harsh. (And then stifling this guilt later, too, when it's more destructive than productive -- more another unnecessary reaction.)

I wonder, as I sit in the backyard underneath the open sky and a canopy of trees with my daughter, what it would feel like to sink my hands into the grass and yank without abandon, but I can't actually do it -- I'm grown.

And I tuck inside the flesh of my delicate mommyheart the secreted hope that the pale, milky thigh gently touching mine stays exactly as she is -- for at least one more summer. 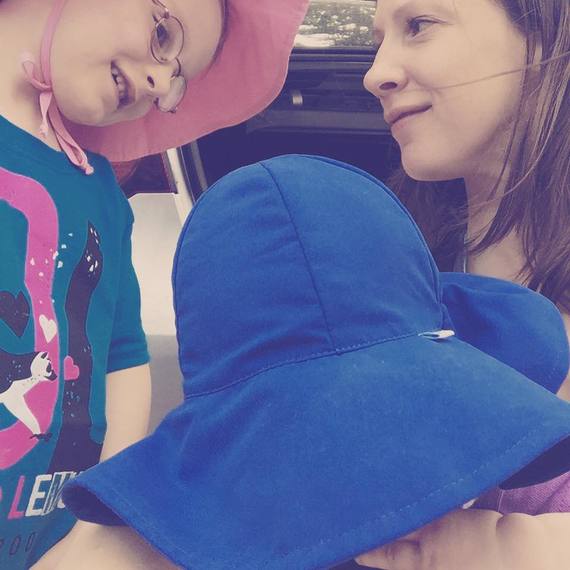 More:
summer breakinnocencechildhoodParentsparents-moms
Newsletter Sign Up
Raise the kind of person you'd like to know
Subscribe to our parenting newsletter.
Successfully Subscribed!
Realness delivered to your inbox