A mother's love, loss and determination has greatly impacted social awareness and created organizations such as MADD, founded by Cindy Lightner, and the well-known Amber Alert system, which Donna Norris created. The power of another mother's love also created the Make a Wish Foundation. All of these women, and others such as the parents in Sandy Hook, turned the loss of their children into a passion-driven effort to prevent other such unnecessary losses. 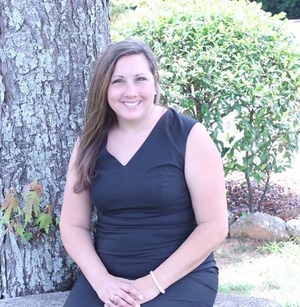 Meet Brooke Taylor, an Alabama mother on a mission to change the laws in that state regarding fraudulent adoption. Under current law, if an adoption is found to be fraudulent, as was the adoption of Brooke's daughter, there is just a one-year window to overturn it.

Brooke's story - which she shares in a video interview here - began the day her daughter was born. Brooke was 22 years old and suffering from postpartum depression. 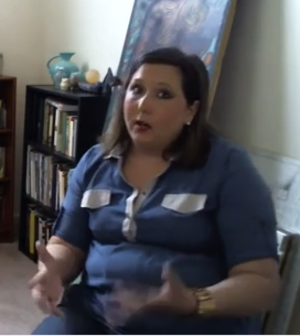 Gracie's father, she says, "was not involved from the get-go." He did not come to the hospital when she was born, and he tried to deny paternity. "He saw her, that I know of, one time. His family had visitation with her, so I'm not sure that he saw her more than that. I don't know...

"I was chasing a fantasy of being a family. I would have done anything for him and Gracie. I couldn't get it out of my mind that we weren't going to be a family," Brooke told me.

She was unsure of her ability to handle being a single mom, and unproven accusations of drug use resulted in DHR placing Brooke's daughter into the temporary care of Brooke's aunt and uncle in 2002.

There was no evidence of drug use, she says, "just rumors." She was tested for drugs by order of the Family Court, and for the following 17 months all tests came back negative.

Brooke visited her baby girl, under supervision, while she completed parenting classes. In 2003, DHR closed the case because she had completed all she was ordered to do, but at a hearing in 2004, the judge did not order the reunion of mother and child.

Shortly thereafter, the relatives who had temporary custody took off with Gracie, and Brooke was unable to locate them.

In 2006, Brooke hired a private investigator, who found the family. She wrote to them, requesting a visit, and received a reply from their attorney stating that Gracie had been adopted and that no further visitation would occur.

In 2008 the family moved again, and as of today they have moved a total of six times.

Brooke interviewed dozens of attorneys, but she could not afford their retainer fees and most were intimidated to go up against the well-known attorney working for the family that had her child.

That's when Brooke went into action. With just a high-school diploma, she began studying law in order to represent herself. She proved fraud in Probate Court!

Brooke determined that her aunt and uncle had filed for adoption, claiming that Brooke had not been in touch and falsely stating that they did not know where she was or how to contact her. In fact, they had been to her apartment numerous times. They did not serve her with notice of their intentions by mail, nor did they talk to any of their mutual family members.

They basically claimed abandonment ("whereabouts of the natural mother are unknown"), which was totally fraudulent. The letter of the law was satisfied by placing an ad in an area newspaper, but they lied about not knowing where she was, intentionally preventing Brooke from contesting the adoption in a timely manner.

Brooke says that the judge ruled that she had proved fraud, but the law states that an adoption cannot be overturned after one year, except in cases of a child who was kidnapped. But was this anything other than a kidnapping?

A fraudulent adoption is different from a kidnapping only by semantics, besides the fact that the courts are complicit.

Gracie is now 14, and Brooke has not seen her daughter in 12 years. She found her daughter on Facebook, and not only was the girl unaware of the circumstances of her adoption (which makes sense), but she was unaware that she was adopted at all!

Now, in addition to hoping to build a relationship with her daughter, Brooke has broader goals. This self-taught legal whiz has authored a bill to change the law in Alabama that allows just one year after a child is taken and fraudulently adopted.

State Representative Laura Hall is sponsoring the bill, which will be known as Gracie's Law. It is set to go to session this month.

Gracie's Law, if passed, will allow for an adoption to be overturned when the petitioners committed fraud on the court or the natural parent in order to obtain an adoption decree, up until the child turns 18. This would put a fraudulent adoption on a par with kidnapping, as it should be.

Throughout it all, Brooke holds no animosity or bitterness against Gracie's father or the aunt and uncle who have kept her child from her, despite the fact that Gracie's father's family was complicit in keeping Gracie from her. Rather, she is grateful that they have taken good care of her daughter.

Nonetheless, she is indignant that the preposterous current law upholds the legal kidnapping of a child via fraudulent adoption. She wants no other mother to suffer such an injustice.