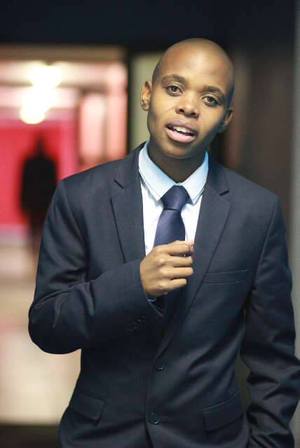 "There's a lot of stigma in the general population," says Tampose Mothopeng, a human rights defender from Lesotho, who's been described by NPR as "young, idealistic, and transsexual." He recently shared with me some of the issues the transgender community is tackling in his home country: violence and bullying in schools, a lack of access to health services, and high rates of unemployment.

Many trans people, or people identifying differently from societal expectations, are not employed or not hired because of their gender identity or expressions. They are dropped from their schools because of school-based or familial violence.

Without education or employment, many are forced into sex work just to get by, he says.

But despite these and other challenges, what emerges from our conversation is a sense of a vibrant trans movement working at both the grassroots and national levels. Mr. Mothopeng, who's Director of the Matrix Support Group, describes his organization's different approaches to raising awareness and combating discrimination.

From speaking on radio and television talk shows to holding campaigns on body autonomy to hosting community dialogues, Matrix engages traditional leaders, teachers, and government officials in their work. When the Government of Lesotho develops national strategic plans, Matrix pushes the government to include the perspectives of LGBTI people, men who have sex with men (MSM), and other key populations.

We're sensitizing and educating teachers about gender identity and human rights and working with the Ministry of Education to develop a new module for high school students.

Medical care can be particularly problematic for the trans community, notes Mr. Mothopeng. "We cannot access health services. They don't seem prepared to help us." In response, his group released its first study on trans health this year, which he says is important as most research focuses on MSM populations only.

On May 17, Matrix coordinated a march through the capital of Maseru for the International Day Against Homophobia and Transphobia (IDAHOT). They use observation days like IDAHOT and the International Transgender Day of Remembrance (TDoR) on November 20 to bring visibility to trans issues and hold community-building activities such as movie screenings and discussions.

Mr. Mothopeng tells me he's proud of the partnerships his group has made. He also stresses the diversity within the organization's management and leadership programs.

In Africa in general, most organizations have been struggling to sustain partnerships with other human rights groups or with the government itself. We don't lose our partners. We're a youth-led organization run by LGBTI activists.

He credits his recent Mandela Washington Fellowship experience in the U.S. with sharpening his leadership and problem-solving skills:

IREX is an international nonprofit that values inclusive development and supports LGBT activists and other human rights defenders year round. We salute Mr. Mothopeng and other activists and community leaders who work to make a better world.