The waves were strong that Saturday in Mauritius. Our small group of scientists was snorkeling out past the placid, turquoise waters of the coral-protected lagoon.

We had just wrapped up a week-long training workshop under the OceAn pH Research Integration and Collaboration in Africa (ApHRICA) Program. Eighteen scientists from nine countries had received classroom, lab, and field training in how to study and monitor ocean acidification and its effects. 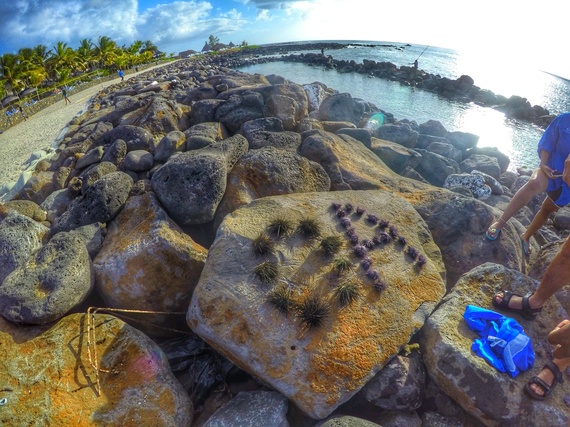 As our bodies and the hundreds of fish moved in sync with the waves, I realized, "We're all in this together. We are all on this ride together."

When it comes to ocean acidification we truly are all in this together. Water knows no boundaries. Chemistry plays by its own set of rules. The ocean is becoming increasingly acidic as carbon dioxide we emit from burning fossil fuel dissolves into the ocean.

Ten years of expansion of the ocean acidification field and yet, there are entire regions where there is no scientific assessment of local ocean chemistry or how local species are being affected by these changes. In these regions, few, if any, scientists have received training in the theory and protocols for studying ocean acidification. This leaves coastal communities around the world with no way to understand or respond to the very real threat of ocean acidification.

In 2013, groups came together to address this problem: The XPRIZE Foundation launched the $2 million Wendy Schmidt Ocean Health XPRIZE to incentivize the development of a cost-effective and accurate ocean pH sensor. The U.S. Department of State highlighted ocean acidification at the first Our Ocean conference in 2014. The Ocean Foundation committed to raising $1 million for the Global Ocean Acidification Observing Network (GOA-ON), to build capacity in regions with little or no data. 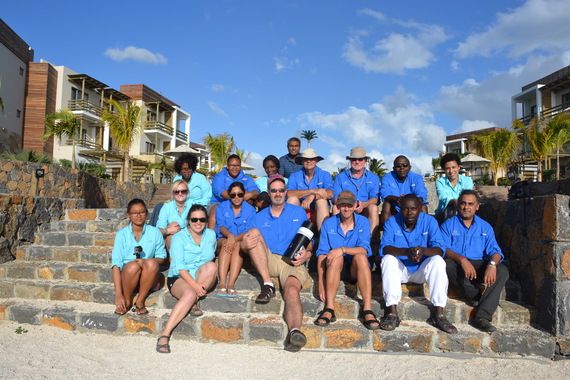 Participants watched James Beck, CEO of Sunburst Sensors, take apart and walk through the ins and outs of the XPRIZE winning iSAMI sensor. World famous ocean chemist Dr. Andrew Dickson, of Scripps Oceanographic Institute, demonstrated the precision needed to measure the carbonate chemistry of a water sample. And students got their hands wet with ocean acidification pioneering biologist Dr. Sam Dupont, of The University of Gothenburg, as he demonstrated how to set up laboratory experiments to study the biological effects. 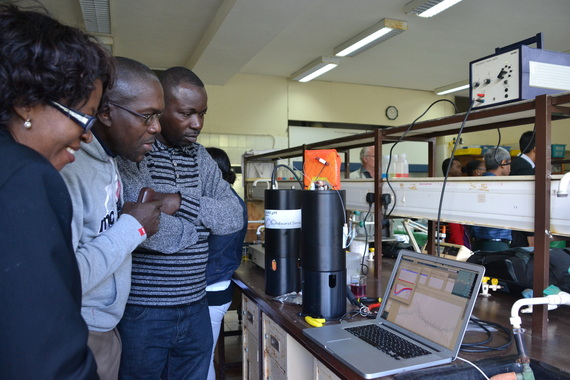 Participants also saw the first ever deployment of the iSAMI sensor in African waters. A prototype iSAMI has been left for collaborative use by The University of Mauritius, the Mauritius Oceanographic Institute, and the Mauritius Ministry of Environment.

Over the next six months, Sunburst will finalize the development of the iSAMI. International ocean acidification experts will include the iSAMI in the first ever complete kit for ocean acidification monitoring and lab study. Four of these kits will be deployed by The Ocean Foundation to the ApHRICA countries: Mauritius, Mozambique, Seychelles and South Africa.

The ApHRICA program is part of a larger effort: The workshop in Mauritius was the third in a series to build capacity in Africa, following a 2015 workshop in Cape Town, South Africa, and one held earlier this year in Mozambique. These workshop have built the foundation for a regional ocean acidification observing network, which allows African scientists to collaborate and build a self-sufficient research and training network that meets their region's needs.

We're all in this together. Despite this success in Africa, there is much more to do across the globe. The Ocean Foundation is committed to raising awareness and funds until there are no gaps in the GOA-ON, and strong, regional networks around the world can equip communities with what they need to address ocean acidification. Because when we are all in this together, we all have to work together.